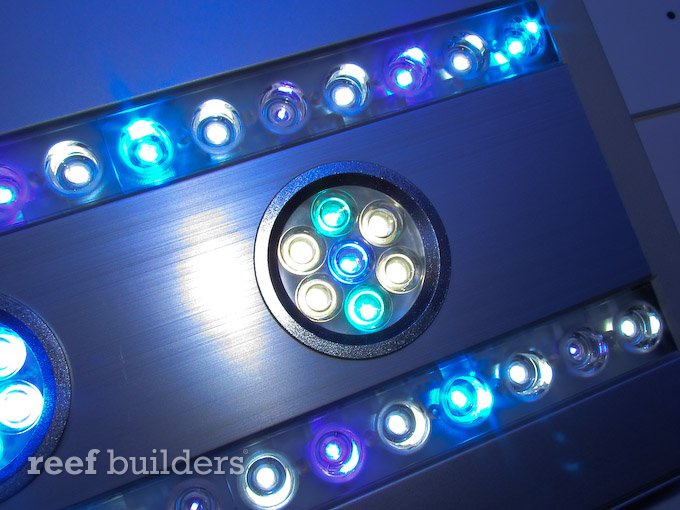 The modified EcoLamps KR93 from 1.023 World and Blue Harbor may not really be ‘full spectrum’ but the diversity of LEDs is definitely a step in the right direction. We got wind that an early prototype of this light would be attending MACNA a couple weeks ago and of course we tracked it down, felt it up and took lots of pictures of what this the Full Spectrum KR93 LED looks like. The Japanese designed assortment of LED colors in the KR93 LED was hand-carried by Koji Wada of Blue Harbor to the AcanLighting booth where it was on display over just a small smattering of random corals.

An impromptu measurement of UV levels yielded about a quarter of a micromole (0.25 umol/s/m2 the same unit as PAR) at 24 inches away over a reasonably broad area. This amount of UV is probably just enough to elicit some color responses from corals and clams, but not too much for corals that don’t like it. We are very excited about the Full Spectrum edition EcoLamps KR93 and the UV it delivers but AcanLighting is on the fence about bringing this light stateside. If you are interested in the full spectrum edition KR93 LED call up AcanLighting and let them know. 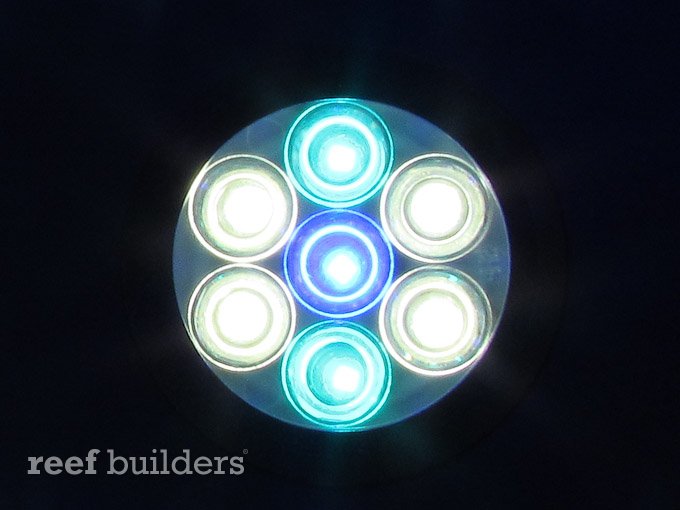 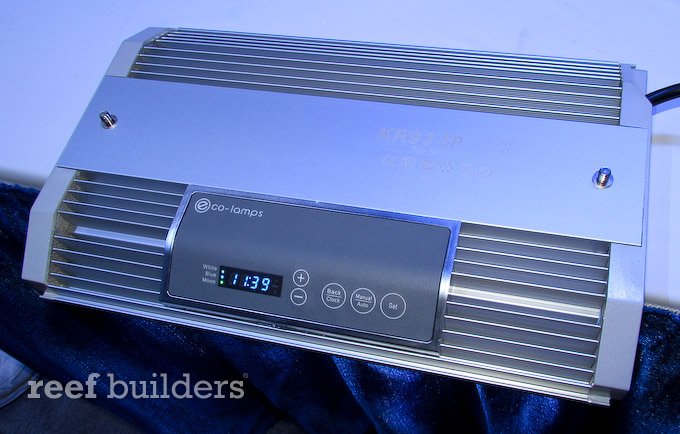 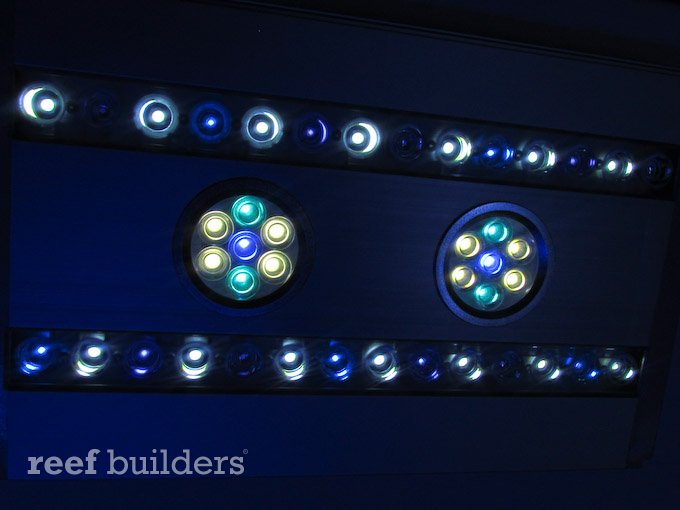