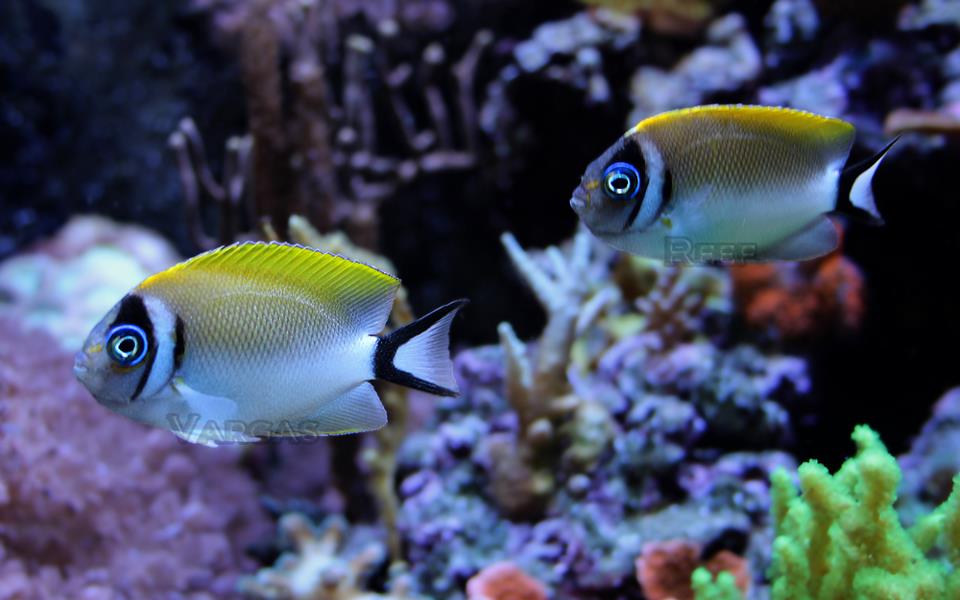 Genicanthus semifasciatus is perhaps the rarest of the obtainable six species of swallowtail angelfishes that make up part of the Genicanthus genus. The other four members are extremely rare and conventionally unobtainable to the average aquarist, perhaps with the exception of G. personatus, which only recently managed to reach a handful of extremely lucky reefers willing to pay top dollar for them.

Like all members of the swallowtail angelfish genus, G. semifasciatus is haremic in nature and also sexually dichromatic, with males and females displaying different colours. G. semifasciatus have always been rare, but more so in recent years, appearing only once in a blue moon, in small numbers, and almost always in bad condition due to improper collection and shipping. The eight female specimens above brought in by Barnett Shutman from RVS Fishworld is a spectacular sight for Genicanthus lovers and puts a stop after the long hiatus. 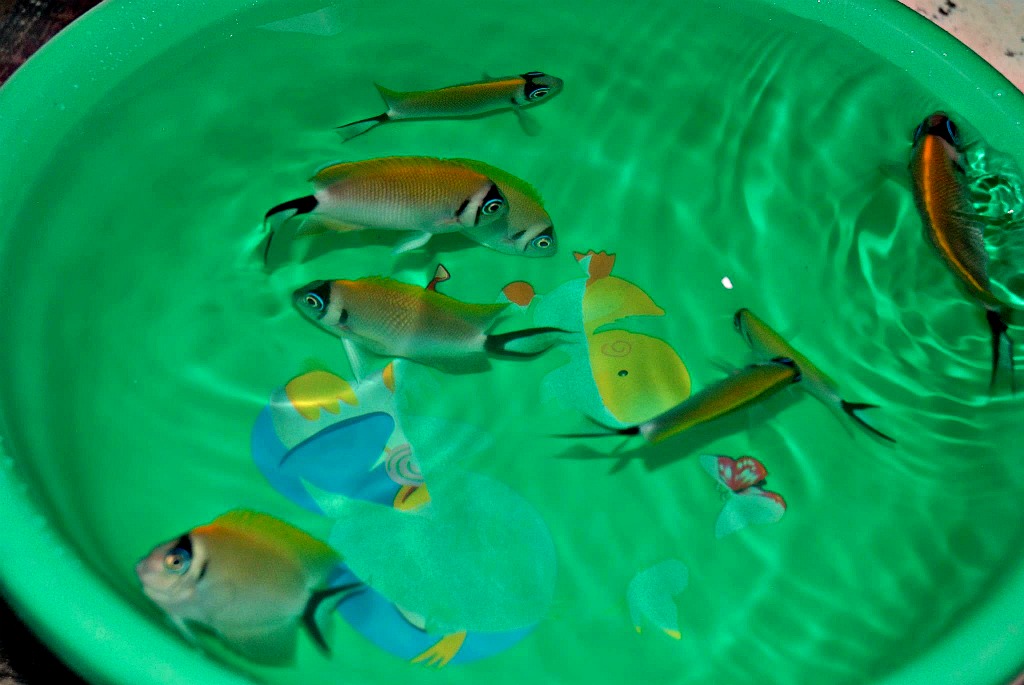 Three of the eight specimens are now happily residing in Tony Vargas‘ reef tank. Not only are Genicanthus angels haremic, species within this genus are also able to change sex interchangeably like most other fishes living in a haremic social setting, such as Cirrhilabrus, Pseudanthias and Centropyge. The three female specimens in Tony’s tank will soon sort out the pecking order, and the dominant one will morph into a fully functional male.

Males of this species are spectacular in having a brilliant yellow mask that tapers horizontally down the body, dividing the striped posterior from the stripe-less anterior. We would like to thank Barnett Shutman from RVS Fishworld and Tony Vargas for the photos, and we hope to see an update in the future, when one of them turns into a spectacular stud