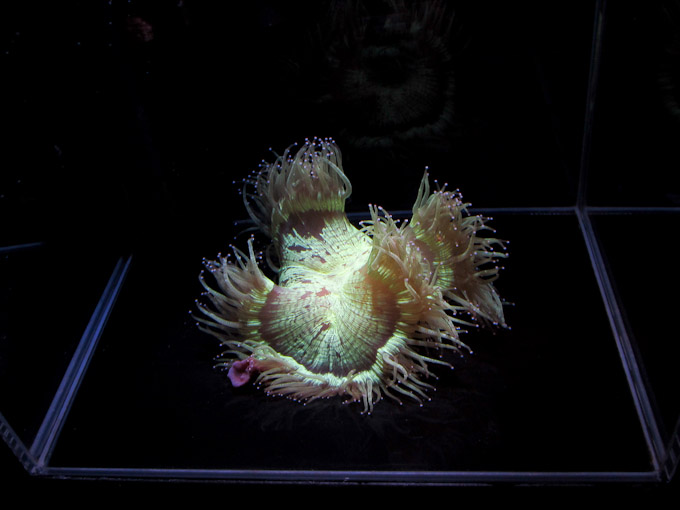 Forget everything you know about reef tanks – this is a coral tank. What you see is the very limit of what a coral needs to survive and thrive, neatly packaged into a setup we call Ecoreef Zero. This nano coral aquarium has been running like this for three months over which time the tank has remained immaculate and the elegance coral has looked impeccable. This four gallon ADA tank holds a six inch elegance coral which has already grown 300% since it first started life in this aquarium when it was Ecoreef One.

Over the last two years, corals and rock have been slowly removed to create this monospecific elegance coral habitat, which is supported only by a two year old EvilC LED spotlight, a ten year old duetto internal filter and a small marineland nano heater. Besides top off for evaporation, the only maintenance is a complete water change performed about every six weeks and a light scrubbing of the glass which stays mostly spotless in this low-ecology coral aquarium.

The population of Ecoreef Zero is not exactly one, but the biomass is mostly one big coral. There are a few flatworms living in balance with the elegance coral, as well as a single sexy shrimp and a wing-oyster which has grown considerably attached to the base of the Catalaphyllia jardinei. Only very recently has purple photosynthetic sponge been added to the aquarium to add to the view since it can grow right next to and under the tentacles of the elegance coral without getting stung.

See also  Is This The First Solid RED Elegance Coral?

Ecoreef Zero was set up to learn precisely how little corals need to grow and thrive. As the success of this elegance coral shows, apparently corals don’t need very much. The recipe for Ecoreef Zero could easily be replicated with similar slower growing LPS corals, zoanthids and mushroom anemones but if you wanted to keep faster growing SPS corals you would at least need to plan on replenishing calcium and alkalinity more deliberately. As previously stated, Ecoreef Zero is not a reef aquarium, it is a coral aquarium. The bare environment of Ecoreef Zero may be strange for seasoned reef keepers to look at, but if keeping happy healthy corals happy is your thing, you may consider a simpler setup for your next aquarium. 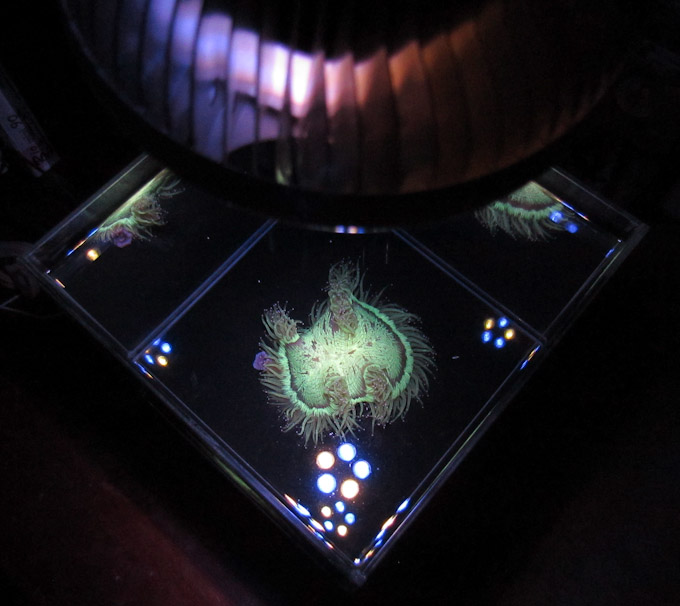 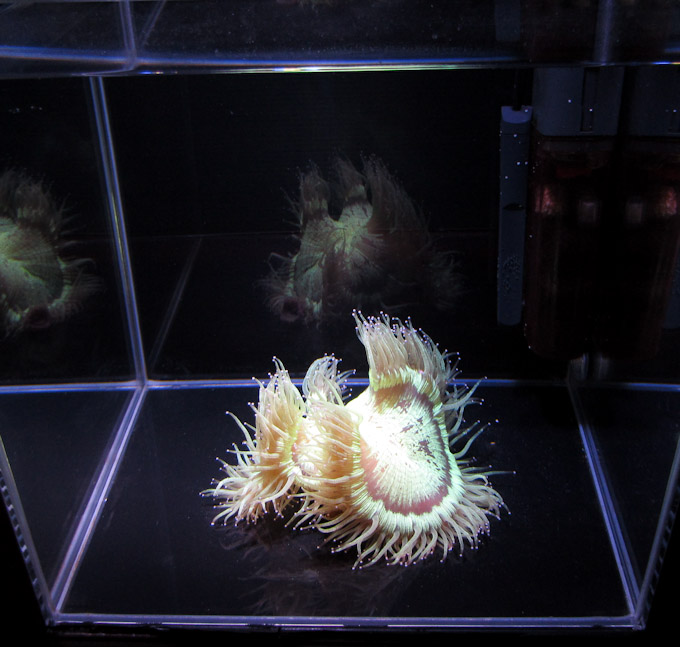 Modular LED makes it easy to be a DIY demon