Like the unusual Darwin Micromussa before it, some newly imported colonies of branching Favites complanata from Darwin is also sporting a very unique appearance. Favites complanata is actually very common in the trade, often appearing brown with more moderately deep green corallites but the colony overall appears ball-shaped, encrusting or semi massive. The branching F. complanata from Darwin is collected in shallow water where it receives more light and water flow and subsequently grows into unique branching moon coral. 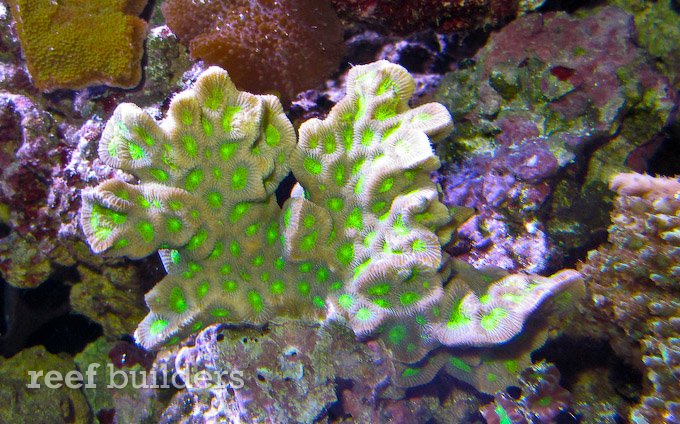 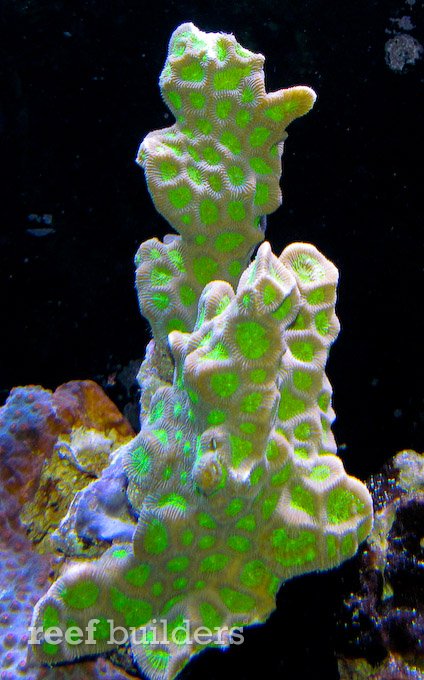