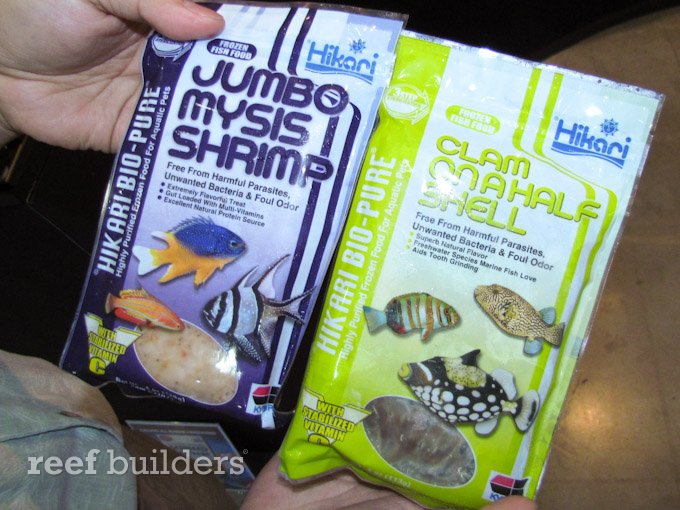 Clam on a half shell and Jumbo Mysis Shrimp are two new additions to the expanding line of frozen food from Hikari. Compared to PE Mysis, the standard-issue frozen mysis from Hikari is on the small end and often used to feed really small fish, but the new frozen Jumbo Mysis Shrimp is the biggest froen Mysis shrimp product we’ve seen offered to aquarists, almost as big as frozen krill.

Frozen clams on a half shell is a great starter food for finnicky feeders like large angelfish and butterflyfish, and it can also be a tasty treat for larger tank busters like triggers, tusks and puffers, but it can be hit or miss sourcing it from the local store, and then shelling it into halves. Hikari’s Clam on a Half Shell and Jumbo Mysis Shrimp will be shipping to retailers this fall, close up shots of each product featured after the break 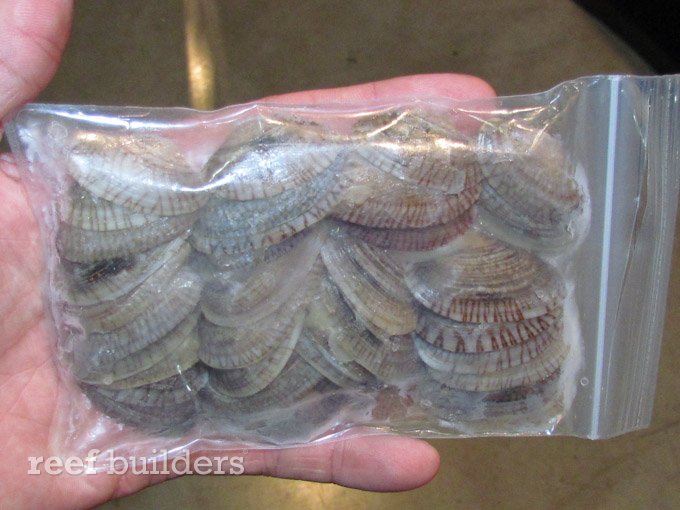 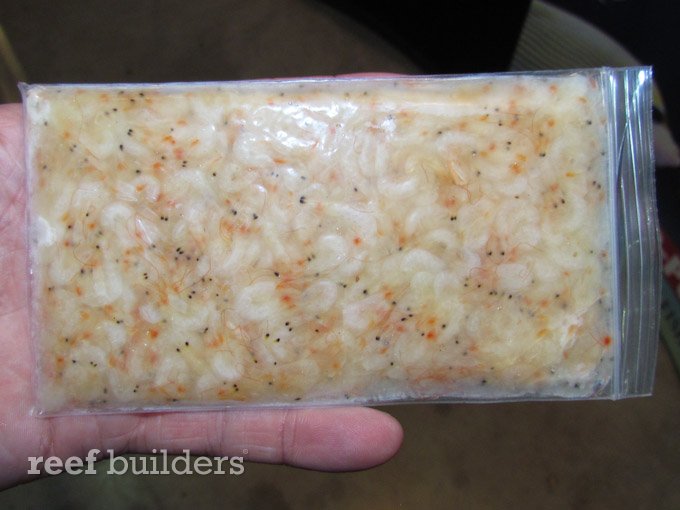