The awesome ornage-beaded Discosoma mushroom anemone we spotted at Route 66 Marine this weekend is in the same league as that awesome rainbow Discosoma from Vietnam. However, this super sweet orange-beaded Discosoma was imported from Australia, on the base of an otherwise mundane Pavona cactus which has since served solely as the base for the awesome super-shrooms. 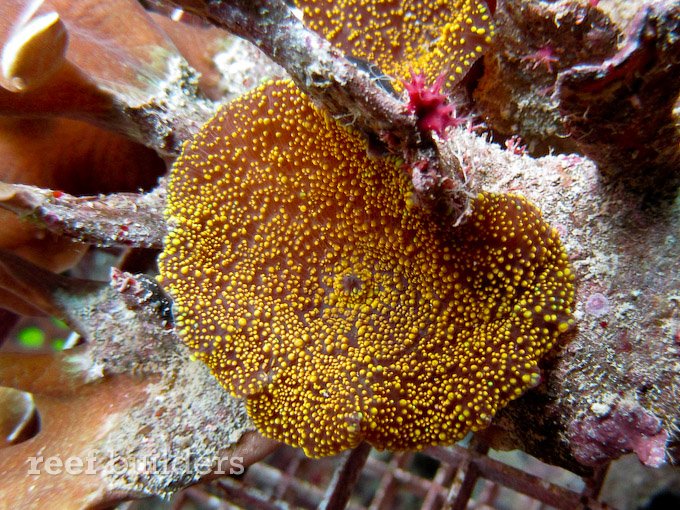 The fact that the orange-beaded Discosoma was riding shotgun with a potato-chip Pavona suggests that it occurred in the kind of deeper, calmer and perhaps turbid environment. Before you go blowing up Route 66 Marine’s phone lookin’ for these awesome Corallimorpharians you should know that the few that remain have already been earmarked for aquaculture and you’ll just have to wait until they grow out to get you some. 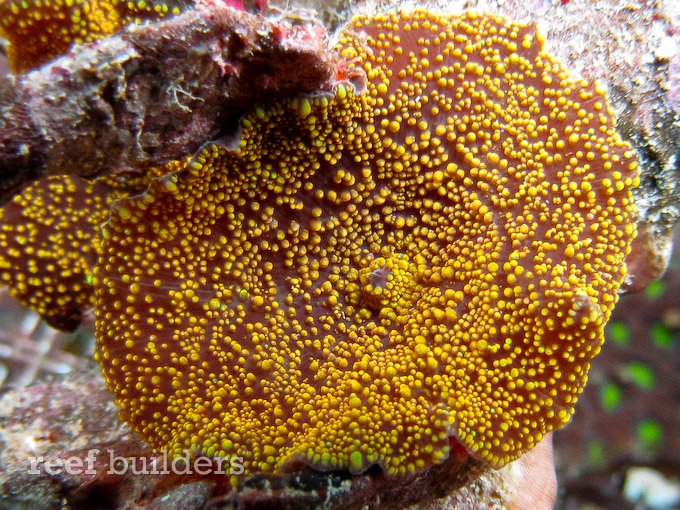 Diode lasers for lighting looks promising, still a ways away