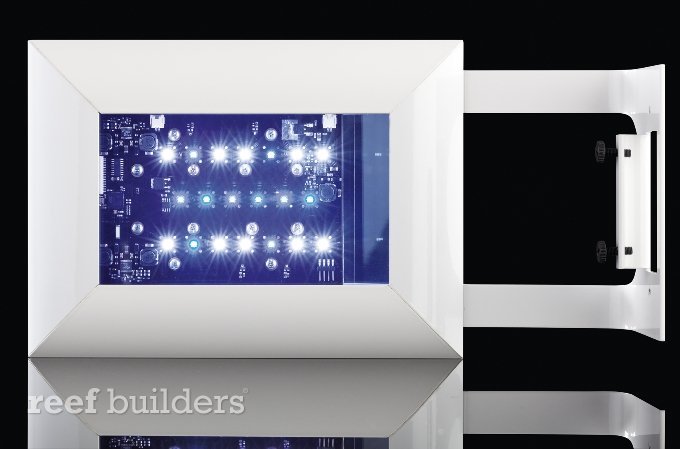 The Teszla LED will soon be released as Giesemann’s first full function LED light fixture but what about the Quazar? The Quazar LED striplight from Giesemann that we first spied two years ago at InterZoo is all-LED as well, but that’s really more of a supplemental strip light, and it is targeted at different aquarium applications than the Teszla LED. A recently released memo from Giesemann helps buyers and sellers see the differences between the Teszla and the Quazar at a glance.

Where the Teszla is a fully fledged LED aquarium fixture which can stand alone to light up a nice rimless tank, the Quazar LED is more of a striplight with secondary lenses for more punch and more suitable for small tanks and supplemental/accent lighting. We know so much about the Teszla LED now all we need is to see how the light fixture looks over a real aquarium, and how real live corals look underneath the light. The Teszla should begin shipping within several weeks so hopefully we won’t have to go all the way to Germany to see one for the first time.

Build your own Avast Marine Swabbie and save $50