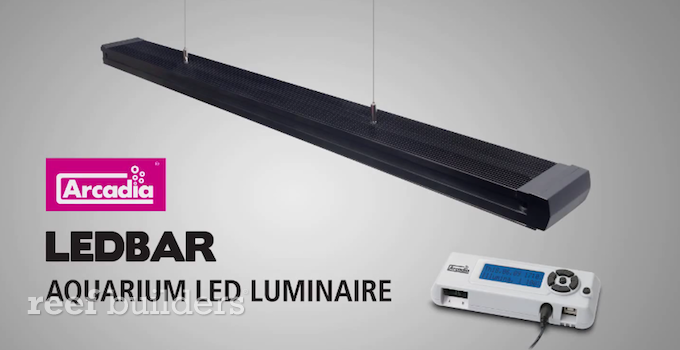 The Arcadia LED Bar appears to be a new LED-only striplight from the UK manufacturer that produces the OT-2 LED + T5 hybrid and the Eco-Aqua LED spotlight. At first glance the LED Bar from Arcadia bears an uncanny resemblance to the AquaBAR LED from from AquaLEDs.de, in overall form and in the name but they do have different LED spacing and configurations.

The Arcadia LED Bar ‘Aquarium Luminaire’ appears to have four modules in a long strip, with separate control of blue and white light colors, with some degree of control between the different modules as well. We assume that Arcadia made this demo video of the LED Bar in the lead up to InterZoo 2012 next week, and we’ll know for certain when we get up in Arcadia’s face to ask them about this new LED Bar light next week.