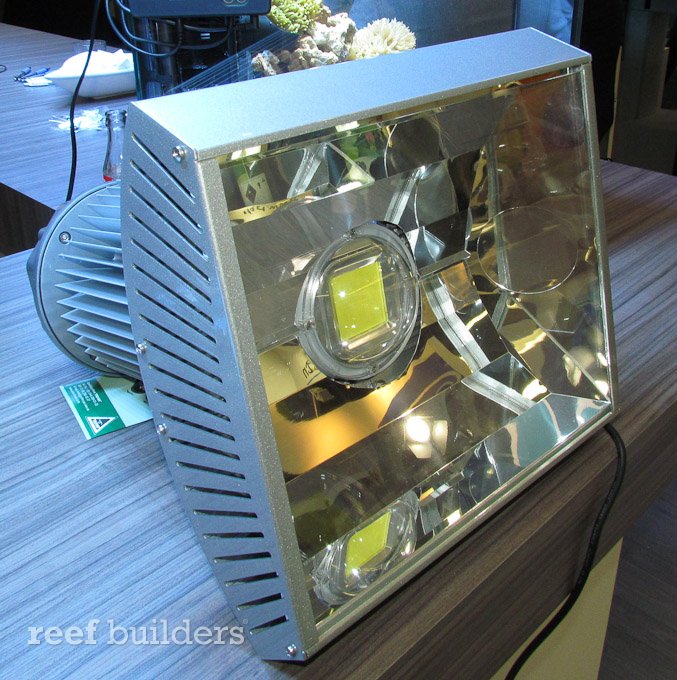 What do you do when a 100 watt LED multichip isn’t enough? Well if you are AquaMedic you find a 200 watt multichip and make one of the biggest LED aquarium lights ever seen. The thing is, at 800 Euro (~$1,000), 200 watts of LED power from AquaMedic won’t come cheap, it doesn’t do any tricks, and it’s not exactly competitive with the huge current offering of aquarium LED lights. To be quite honest, the AquaSpaceLED 200 looks really cool but it lacks innovation and vision.

It’s one thing to buy an off the shelf 200 watt LED gym light and to mate it up to a reflector on the business end for better spread and more usefulness in aquariums. But taking that same gym light, not tweaking the color with some added blue and worst of all mating it with a 15 year old design for a mogul base metal halide reflector shows a lack of effort on AquaMedic’s part. Heck, it looks like the hole in the reflector was cut by hand, with scissors.

If you have to have all two hundred of your LED watts coming from a spotlight-style fixture with a single color multichip, we guess you could go with the AquaSpaceLED 200. But unless you’re a public aquarium, the average reefer will be able to find better than a hybrid gym LED downlight mated with a metal halide reflector. 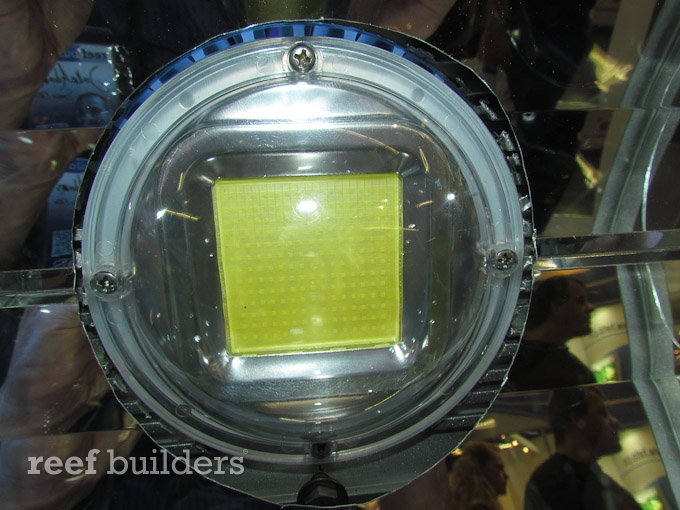 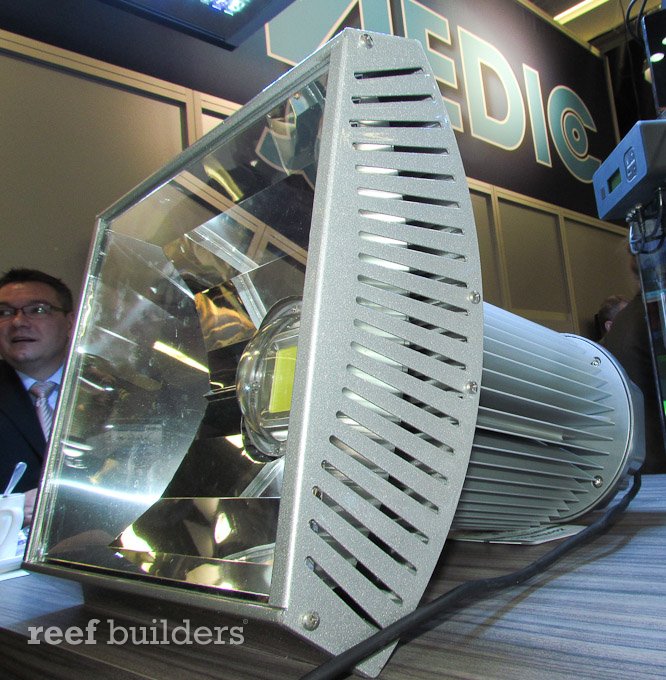 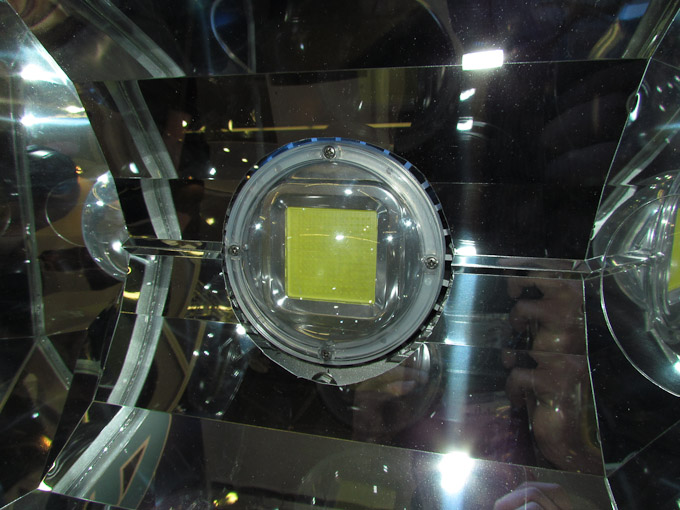