Giesemann Teszla hands-on is a piece of LED art 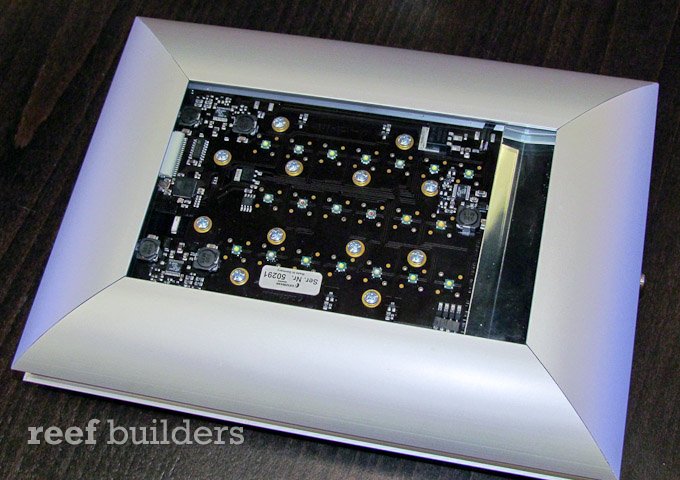 Giesemann’s Teszla LED light looks as beautiful as anything Giesemann has ever made, and even more beautiful in real life than renders and product shots could ever convey. The first forays into LED lighting by Giesemann included the Quazar and the Matrix LEDs which were ho-hum in a crowded market, but the Teszla is a completely different beast. We got a close up look at the Teszla LED in real life at InterZoo including some of the color and size options which makes Giesemann’s first full-on LED fixture a very competitive new aquarium light. 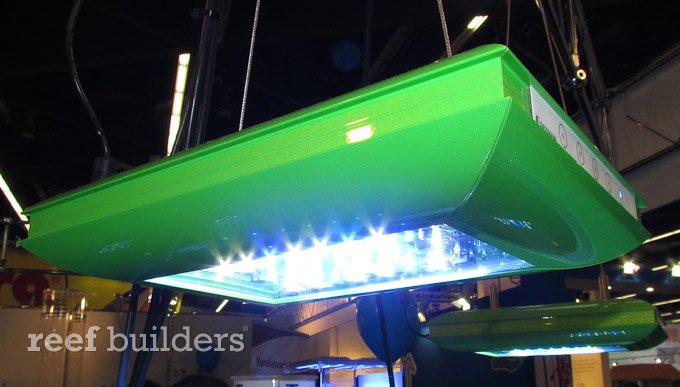 The gorgeous Teszla LED is not just a single light but a whole platform of lights with a plethora of features, sizes and colors to diversify Giesemann’s product. The Teszla comes in three standard color options, silver, white, and black but we did spot a pair of custom painted Teszlas in the Schuran booth which were a glossy ‘Kawasaki Green’ color, just for kicks.

The Teszla comes in the basic fixture with about 66 watts of power for $399, a double stack of the same motherboard for twice the price called the Teszla XT, and larger, longer versions called the Futura LED with built-in bluetooth connectivity to mobile tablet and smartphone applications. Furthermore, we encountered at least three different blends of LED colors in the Teszla – a daylight version for planted aquaria, a marine version with a little bit more blue than white LEDs and a ‘full-spectrum’ version with warm white, red, green and blue LEDs to get a lot of poppin colors from the emitted light.

The Teszla LED may not be as uber thin as the MaxSpect Razor LED but its metal-finished tapered edges add a sense of style which is all but absent in attractive aquarium LED fixtures. Add to its striking appearance an amazing price tag of $399 for a single Teszla or $799 for the supersized, dual board Teszla XT and Giesemann has better hope they can make enough Teszlas to make sure they can keep up with the global demand for one of the hottest Giesemann products in years.