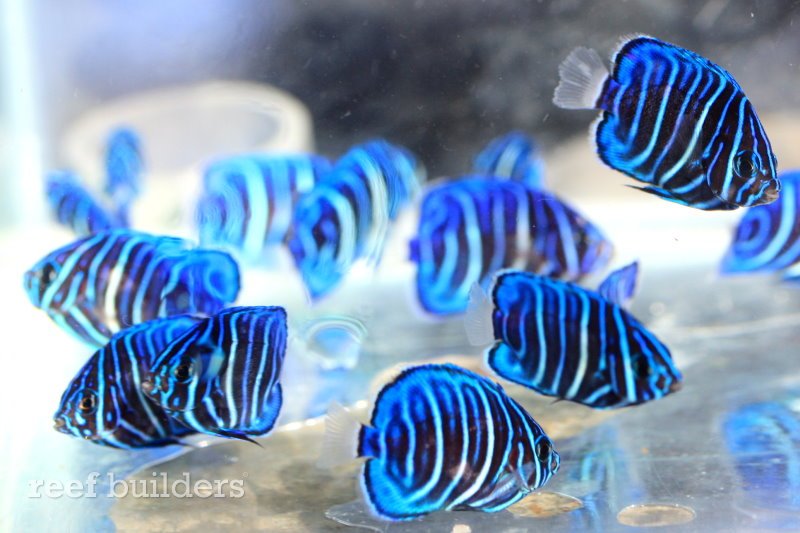 A good number of the captive bred annularis angelfish from Bali Aquarich have gone on to Sustainable Aquatics where most of them will be grown out some more and further conditioned for life in a home aquarium. Whereas before we were only able to report on this story with videos of the groundbreaking commercial production of captive bred annularis angelfish, Bali Aquarich has shared these gorgeous pictures of the tee-ninecy Pomacanthus annularis. We can now see what they looked like at 15 days, 36 days, and their current size around two months old.

Providing the captive bred annularis angelfish to the marine aquarium hobby is yet another feather in the cap for Bali Aquarich who already brought us captive bred pinnatus batfish, picasso clarki clowns, picasso sebae clowns and this super picasso clownfish. We suppose it won’t be long before Bali Aquarich  commercializes the captive breeding of some other classic aquarium fish, our bets are on emperor angelfish and some wacky looking maroon clownfish coming next. 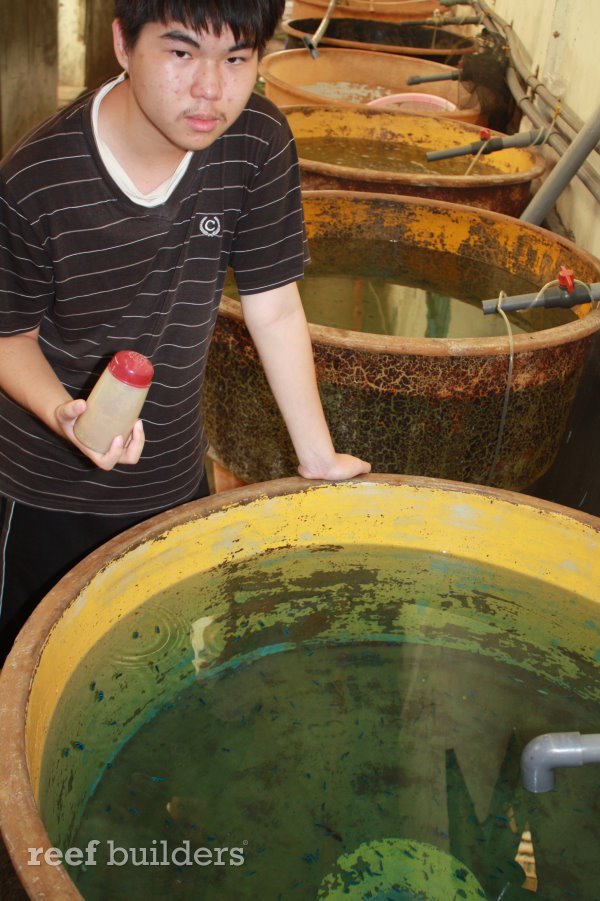 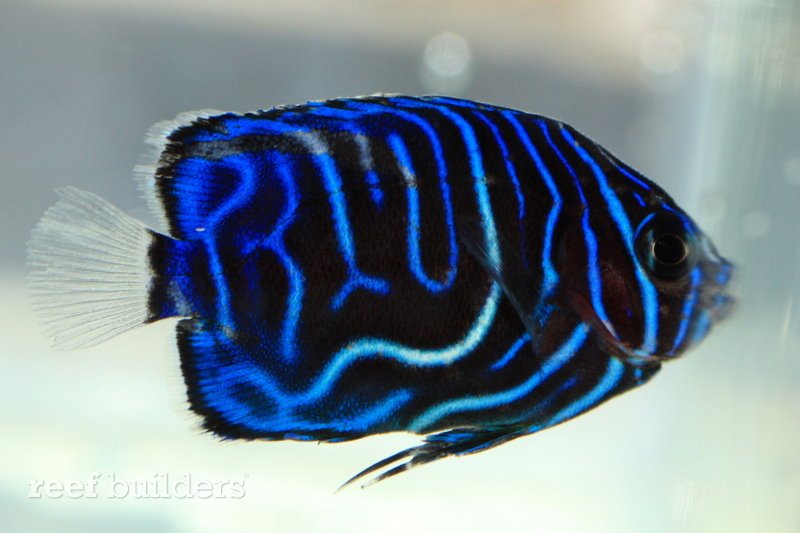 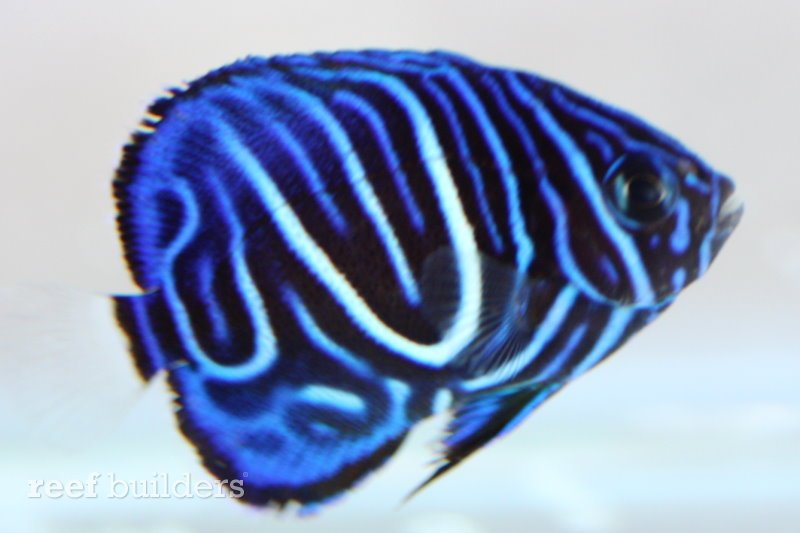 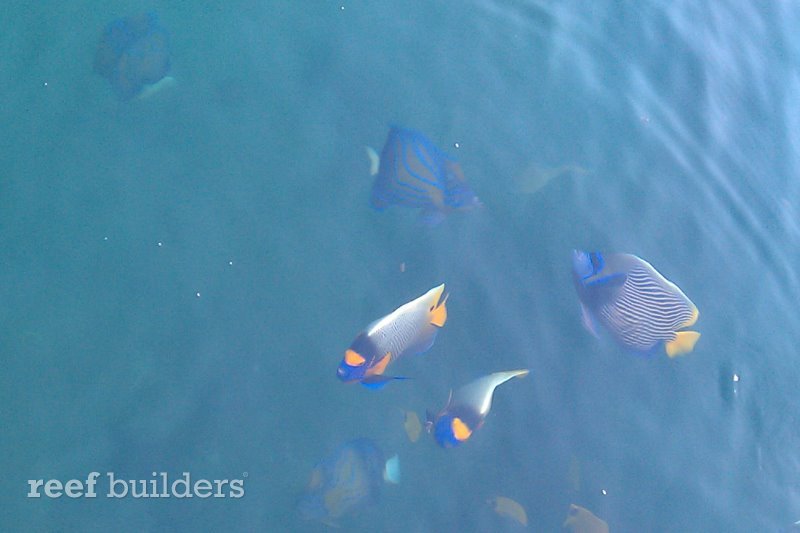 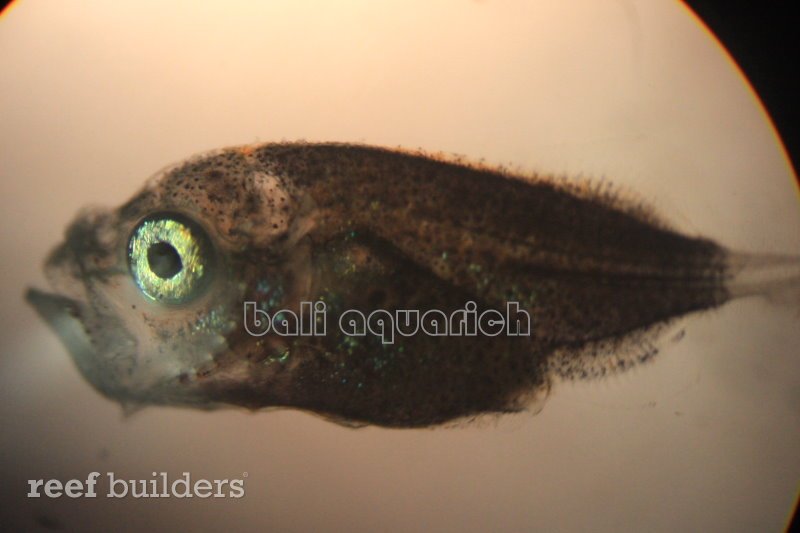 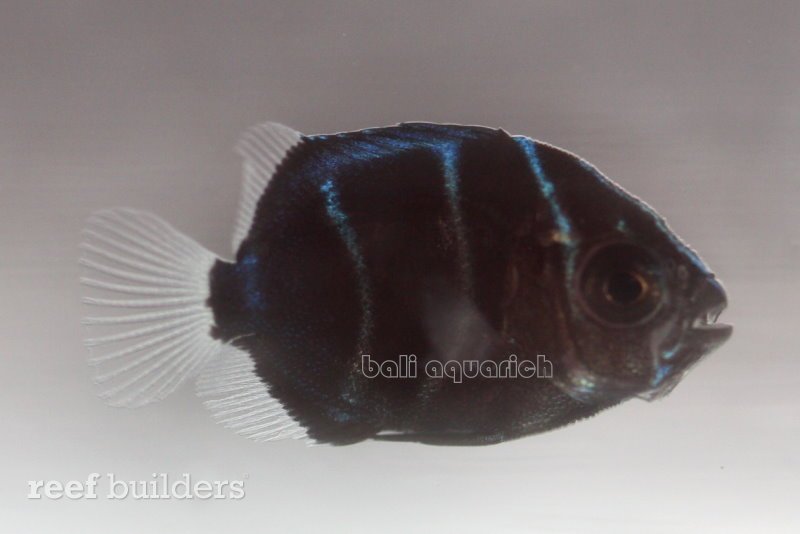