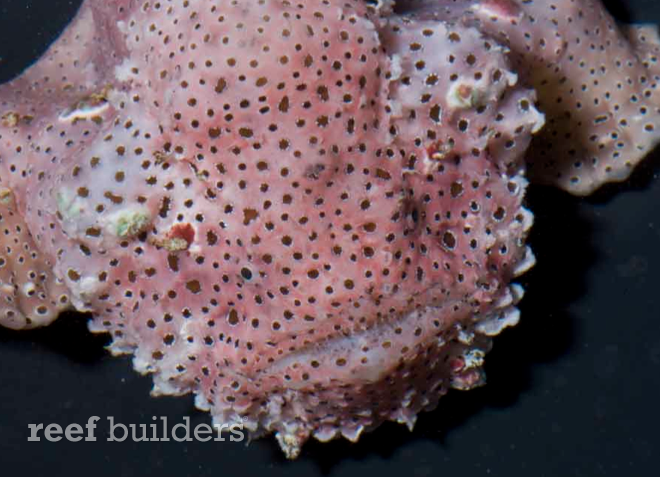 The new spotted pink frogfish was described from specimens that were collected in Lombok and Komodo Indonesia as well as another specimen found in Cebu, Philippines. Curiously, the discovery of the new Histiophryne pogonius began with a live collected fish destined for the marine aquarium trade in Cebu, and was subsequently recognized by Vincent Chalias, the Bali deepwater Acro farmer, who provided these images for the publication as well as a few specimens for the descriptions.

All of the pink spotted frogfish were collected in relatively shallow water and they are represented by exceptionally small specimens, most just barely over two inches long. What is most interesting about the description of the new Histiophryne pogonius species is that it includes some observations about captive behavior. The lead author of the new species description comments that a couple specimens of the pink spotted frogfish were kept together peacefully for many months, with no noticeable aggression or cannibalism that might be expected with the larger and more common Antennarius frogfish species. It’s very exciting to see marine aquarists being involved in the discovery and collection of new reef fish species, now we just need to see if a few of these cute pink spotted frogfish can actually make it to some home aquariums. 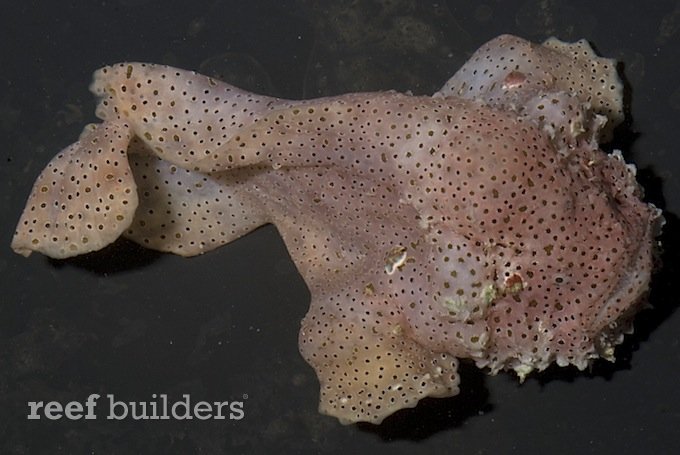 Is it an egg? Is it an anemone? No, it’s a Discosoma sanctithomae mushroom anemone