Ghostly scopas tang shows aberration of both skin and eyes

After a couple of weeks in captivity the dark spot has darkened somewhat, indicating that this Zebrasoma scopas may be headed towards being more of  tricolor tang than one of the all-white Zebrasoma. 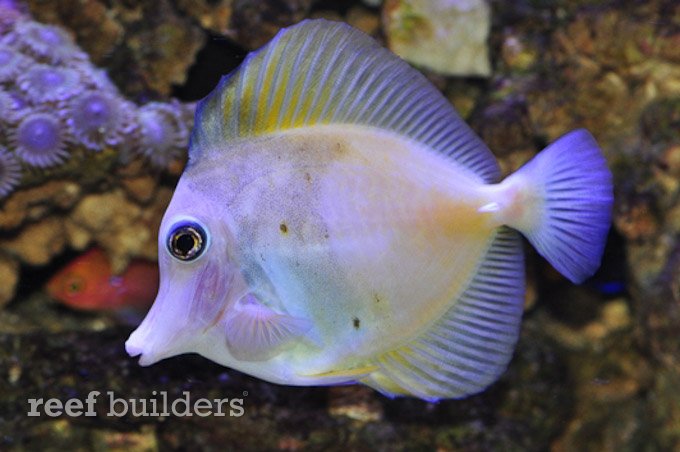 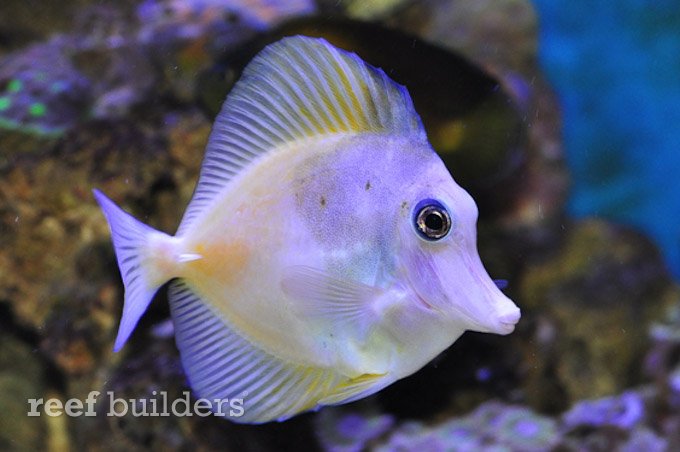 This wild and somewhat pallid looking scopas tang was shared with us by Jimmy Ma, and a whole crop of fantastic pictures uniquely chronicle this fish next to Ma’s amazing collection of rare and unusual reef fish. At about three and half inches long, this Zebrasoma scopas was collected in the Maldives, in the Western Indian Ocean where so many of the weirdo colored surgeonfish often come from.

Whether it’s a diversity or a concentration of certain genes, you can see in the close up pictures that this scopas tang even has it in his eyes, with an unusual pattern extending from the body through the irises. There are a myriad of possible explanations but we hope for Jimmy that this fella develops more stark cowhide patches of yellow, black and white although most tricolor tangs do exhibit variable coloration over their lifetimes. 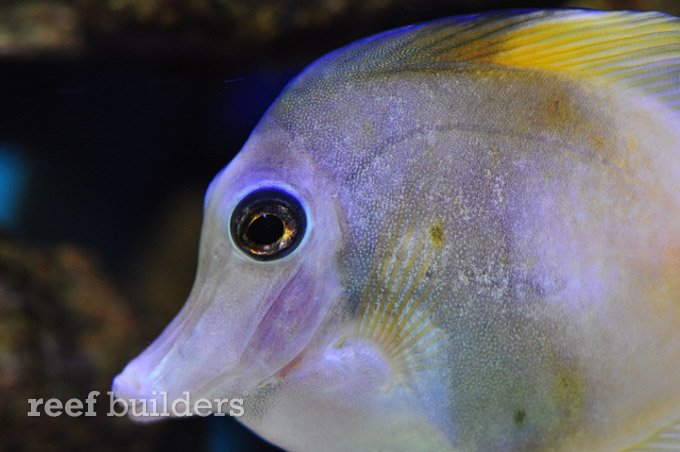 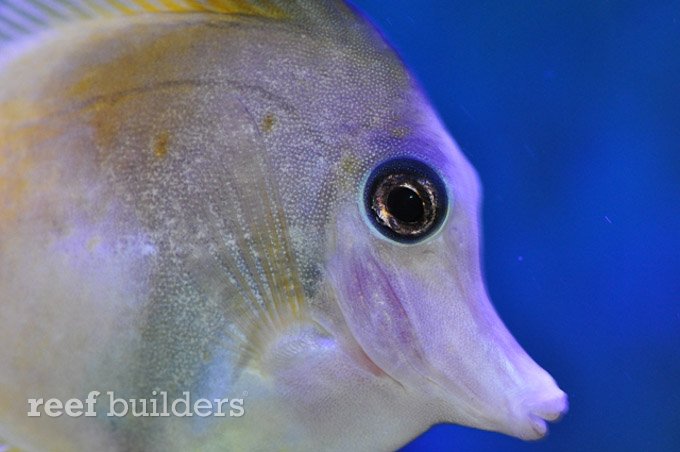 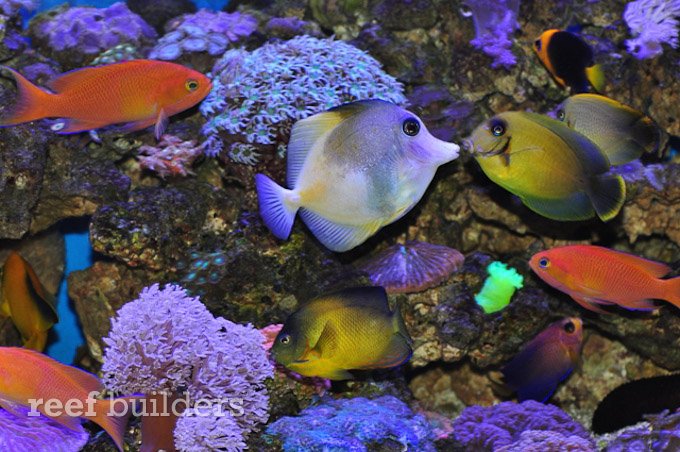 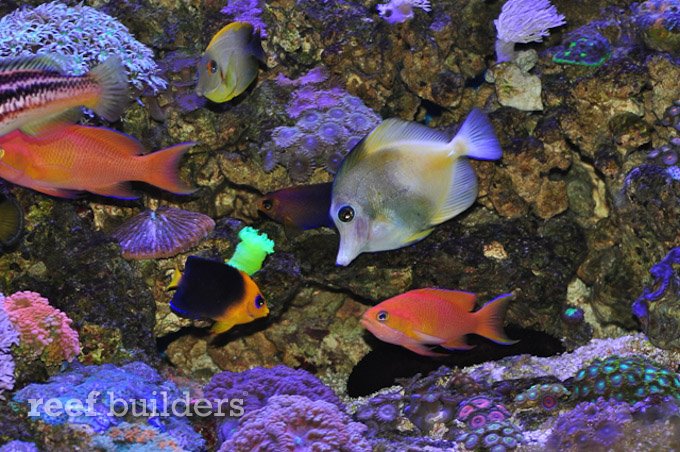 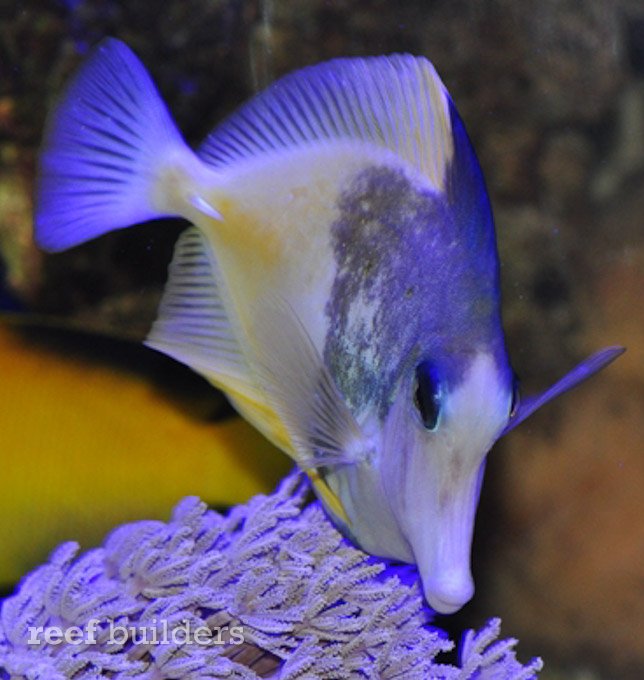 A look into the Aquascapers' Eco-Gorg lab