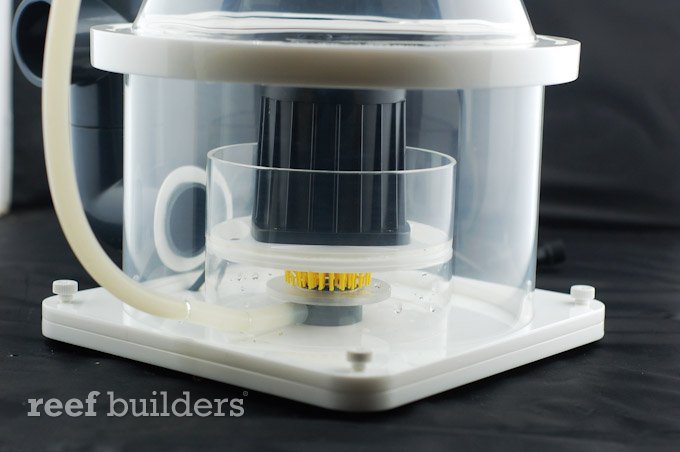 The DB10i from RLSS is a hot new skimmer with a novel space saving design – the internally mounted pump uses the skimmer itself as the volute. Instead of having a big face plate feeding and plumbed into a diffuser plate, the RLSS DB10i’s integrated volute supports an axially mounted pump body. This design saves space and cost and could result in some unique protein skimming performance from the RLSS DB10i.

In this orientation the Waveline DC-5000 pump that also powers the RLSS R10-U skimmer is reminiscent of the Hydor Areo pump as used in the Hydor Slim Skim and CPR Aeroforce, although in an inverted position and much, much bigger. Usually the internal placement of protein skimmer pumps places the outlet above the pump, sometimes as high up as midway in the skimmer body which cuts deeply into the contact time between the foam produced and the overall height of the skimmer. With it’s inverted and axial orientation, the air is injected directly into the base of the RLSS DB10i skimmer and the entire height and volume of the skimmer body is used for skimming of the proteins.

The unusual placement of the water pump is not the only innovation of the RLSS DB10i. The vertically mounted motor block of the Waveline DC 5000 and its cooling fins act also as an integrated bubble diffuser. The ouflow pipe has been placed four inches higher to reduce back pressure on the pump resulting in up to 3,500 liters per hour, nearly double the maximum 1,800 lph rating when the DC 5000 is used with a volute.

Also, the RLSS DB10i has a distinct vertical modularity which allows for the skimmer to be assembled in-sump for cases where the access to the sump or the cutout is too tight to insert a larger fully assembled protein skimmer. RLSS will be showing off its DB10i protein skimmer at MACNA in Dallas next weekend for the first time, with an MSRP of $799. 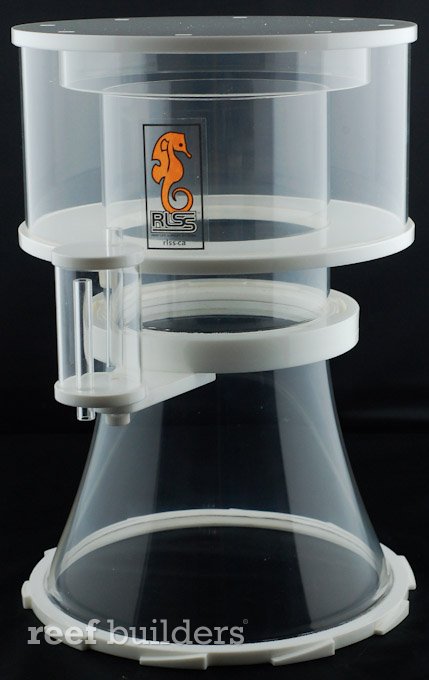 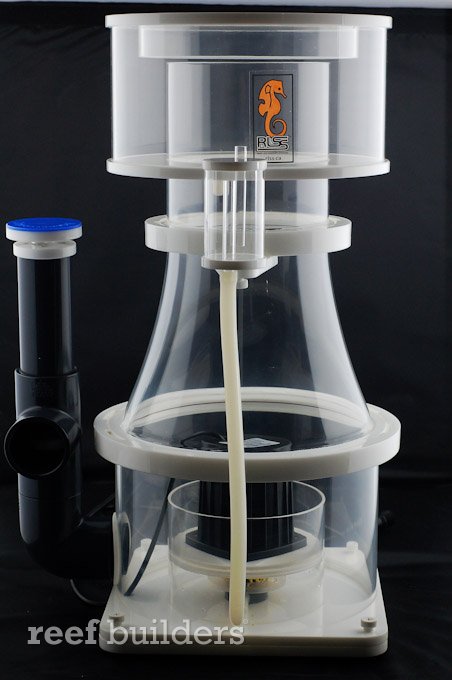 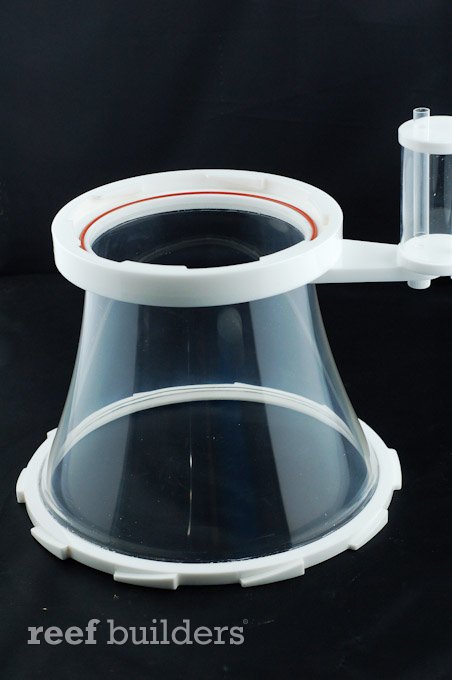