Plasmalyte partners with ReefBrite for blue-LED supplements for Plasma lighting 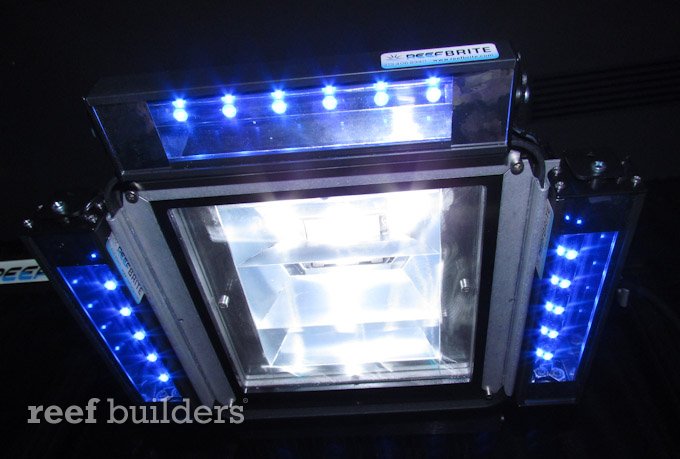 PlasmaLyte is a line of plasma lighting from Stray Light Optical, the company which first introduced plasma lighting to reefers with their SeaShine fixture. It’s been a little while since we’ve heard news of Plasma in the aquarium but the newly improved Plasmalytes feature much improved components which feel more assembled than cast iron, and are now available with supplemental blue LEDs from ReefBrite. All along we thought that the Plasma solution from Luxim was a nice bright white color rendition but that it needed some high powered blue LEDs around the rim to give it that splash pf blue which is more to the taste of marine aquarists these days, and the dual blue colored ReefBrite LED striplights are a perfect partner.

Much like the ReefBrite halide hybrid LED the new ring of ReefBrite XHO strips around the Plasmalyte fixture offers a way to turn off the brights while still being able to see your tank. Better yet, the “clumsy” reflector in previous SeaShine fixtures has been replaced by much more thoroughly engineered reflectors which are designed in four models to spread out the light of the Luxim LIFI emitter in a square, rectangle, octagonal or a narrow beam of light for illuminating tanks of different shapes and sizes.

The Plasmalyte fixture is now rated for 30,000 hours with the newer ST 41-01 emitter package from Luxim yet the entry level model still retails for $1100, with dimming capabilities bringing the cost to $1275 for the 280 watt fixture. The new ReefBrite LED supplemental lighting add about $95 per strip and the current bracketing allows for three to piggyback the Plasmalyte fixture. If you are interested in plasma lighting over aquariums Plasmalyte has a nice gallery of Plasma-lit aquariums on their website. [Plasmalyte] 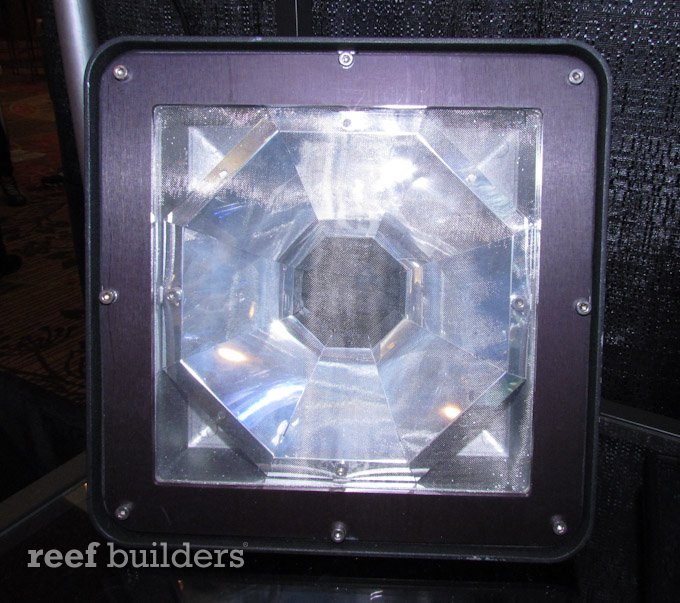 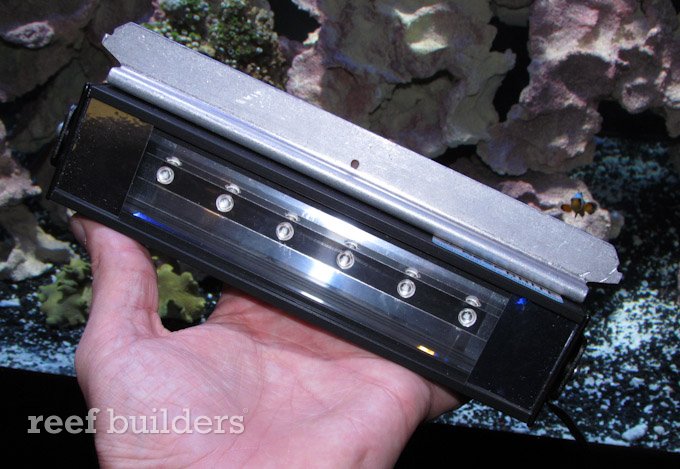 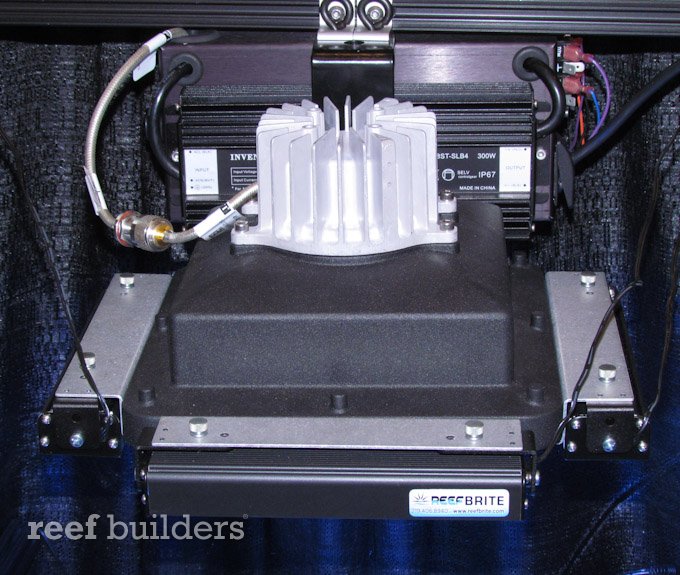 Cobalt Aquatics Accu-Therm heater is not like your average heater