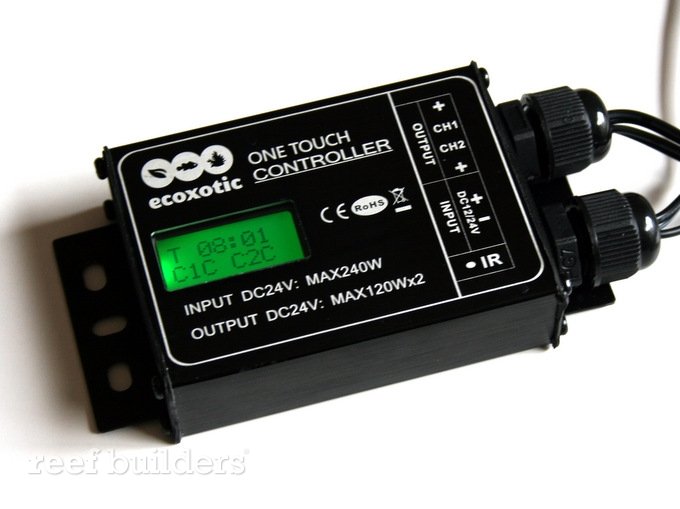 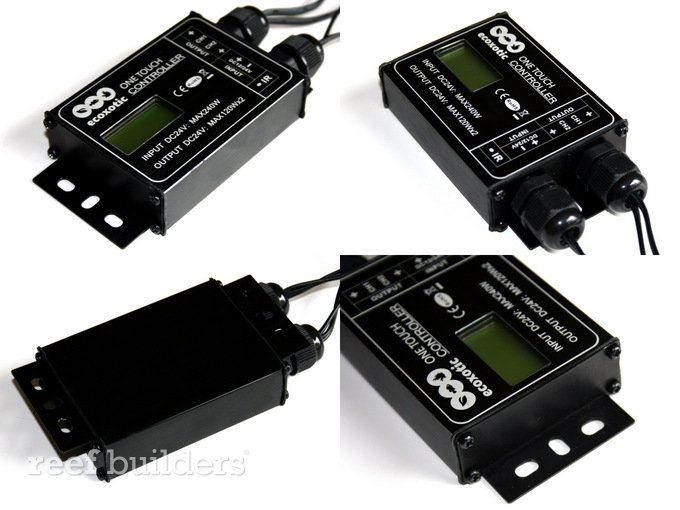 The Ecoxotic One Touch comes with two main parts, a driver box with LCD and a remote. The driver box is built out of black metal, that actually looks really good. The remote on the other hand, looks like any similar remote on the market. Current light settings are displayed on the LCD display on the driver box, but the driver box itself lacks any interface and all controls are actually done with the remote. When programming the controller, you will have to look at the driver box while using the remote. It feels slightly awkward at first, especially since we kept having the urge to use the driver box to modify settings, but once we got used to the interface however, everything worked just fine.

Programming the controller with the remote is unfortunately still not the most intuitive thing in the world, and you’ll definitely will need to refer to the manual if you want to make full use of all the features. Not a big deal for most consumers, but if you expect to setup the controller in a matter of minutes without glancing at the manual you are going to be out of luck. 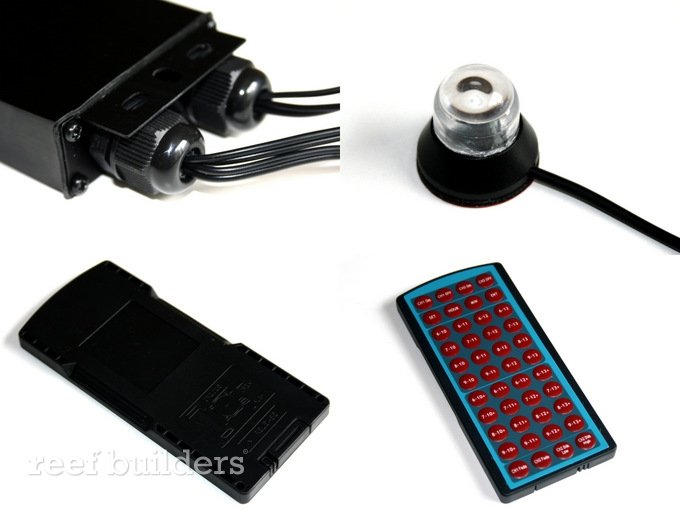 Beside the driver and the remote, the Ecoxotic touch controller also comes with an infrared sensor. You may wonder why they wouldn’t just put a sensor in the driver box, rather than adding yet another part, but it actually makes sense. Infrared signals are easily blocked by things such as walls and even your canopy. Meaning that most infrared based remotes won’t work unless you lift up you canopy door, which almost defeats the wireless aspect. By being able to place the sensor outside of your canopy you won’t be faced by this problem. A neat well thought out addition to the controller.

We’ve yet to do thorough testing, but expect a full review once we do. The Ecoxotic One touch controller should be available in the next couple weeks and should additionally be shipped with all Ecoxotic fixtures soon. Meanwhile check out the pictures below.

NOAA awards $5.5 million for important watershed education projects for students around the country