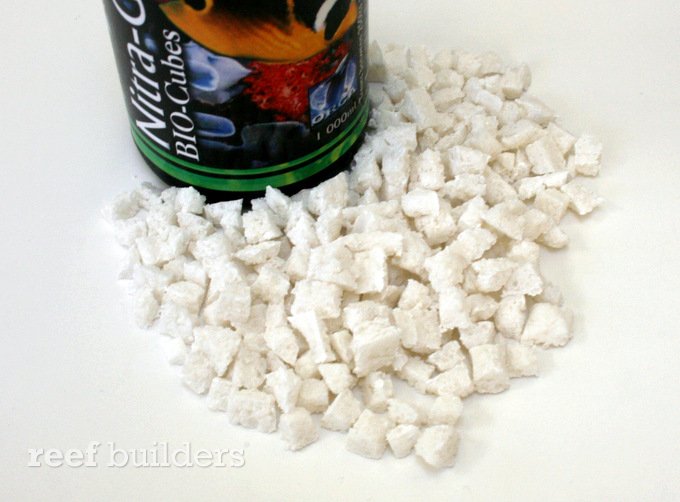 Orca Nitra-Guard and Nitra-Guard Titanium pellets caught our attention a couple months back promising to completely redefine carbon dosing. The new pellets claim four time as much carbohydrates per volume, and the Nitra-Guard Titanium pellets promised nitrate removal independent of the Redfields ration. Both products furthermore claimed removal of nitrates from 50pm to zero within three weeks. All big claims that certainly had us intrigued, will this be the wonder product it is claimed to be or does it have some massive short comings? We received samples of both the Orca Nitra-Guard and Nitra-Guard Titanium media a couple of days ago, and although it is way to soon to tell if it works, the unique qualities of this media certainly has us more intrigued. 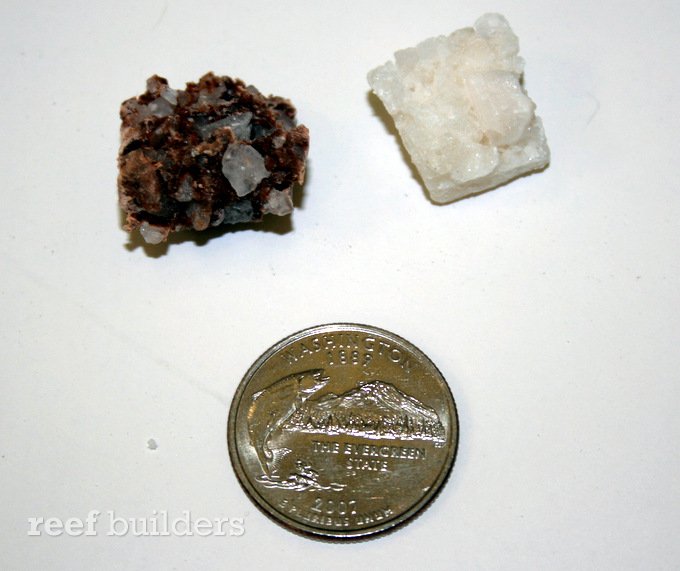 The Nitra-Guard and Nitra-Guard Titanium pellets, are unlike any other media we encountered. This stuff is just, weird lookin’. Rather than the smooth polymer pellets we’ve become so used to this media is gravel sized with a very interesting texture. The Nitra-Guard still sticks with the same kind of polymer other pellets seem to feature, so it is at least somewhat familiar, but the Nitra-Guard  Titanium pellets are a whole new beast. There is just nothing familiar about the media, it is textured like very coarse concrete and it appears to be made out of several different kinds of crystals held together by a polymer. All very strange, but if it actually works, who cares? 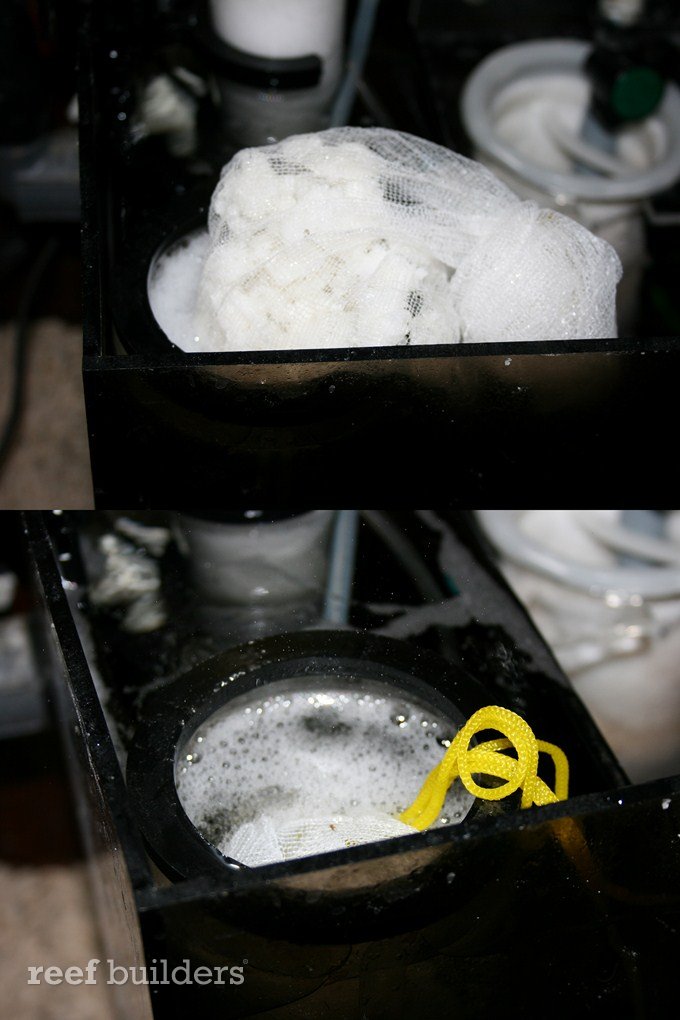 The installation of Orca Nitra-Guard media is also quite interesting. As porous as the media is, a reactor is not needed and a simple airstone can be used instead. A media bag is provided so to use the media the only you’ll need is an airstone with pump. It certainly beats plumbing a reactor into the system with several parts and a wattage spike because of the extra pump. Just add an airstone, fill the bad with media and your all set. We just recently received the Nitra-Guard media so we are not even remotely close to a verdict, but we can certainly confirm the ease of installation.

We have several systems here at the Reef Builders HQ to experiment with, including a heavily fed azoox system with nitrates levels through the roof, a heavily fed fish only system, and a big freshwater fish only system (the media can also be used with fresh water) so it will be very interesting to see if the Nitra-Guard media will perform, or if it all turn out to be a bust like so many products before it.  Stay tuned for updates over the next couple of weeks regarding the Nitra-Guard performance.