From cave-dwelling corals to a new species of the popular Euphyllia coral, 2012 was a very good year for completely unknown stony corals. Some have never been and will never be seen in reef aquaria, while others are prime candidates for mariculture in the sea and propagation in reef tanks. As the coral junkies that we are, we relish looking and hunting for new and interesting corals to grow and it is encouraging to learn that even the scientists are still finding new species of corals out in the sea. 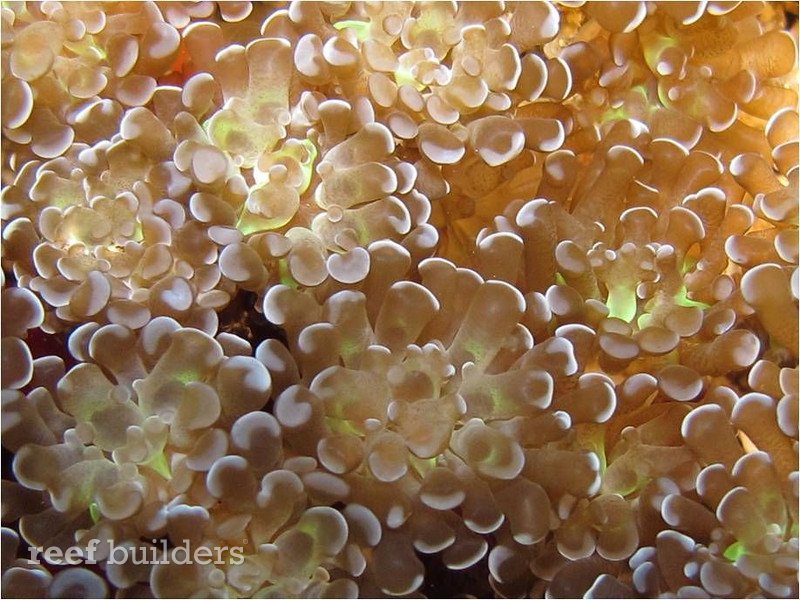 Euphyllia baliensis – It was shocking to learn that a significantly new species of this popular group of LPS corals existed in Bali, where much of our cultured corals come from. The macro pics of Euphyllia baliensis make it look more or less like a standard branching Euphyllia species but when you see some reference in the images you realize that this uber-thin branching species is perhaps even more delicate than a typical candy coral. If and when Euphyllia baliensis is harvested for coral culture it is sure to become a super popular choice for nano reef tanks.

Leptoseris troglodyta– Leptoseris has come into much more prominence in the reef aquarium scene in the last couple of years and rightfully so. With so many shapes, forms and colorations, the species of this low-energy group of corals are the perfect candidates for dimly lit reef tanks and those pesky overhangs where no other corals will live. So we were only somewhat surprised to learn that a species in this genus is actually adapted to live in the dimmest environments, living on mostly particulate foods and being non-photosynthetic.

Dactylotrochus cervicornis – Looking every bit like an alien hand reaching out from the reef, Dactylotrochus is one of those corals species that lives at such depths that we may never hope to see this unusual coral alive. Closely related to the Leptoseris corals, D. cervicornis is the only single-polyped member of the family Agariciidae and like the cave-dwelling Leptoseris troglodyta, this non-photosynthetic species hints at the evolutionary origins on which the ecological adaptations of Leptoseris are derived.

Porites fontanesii – We know that Porites can grow into lumpy massive shapes, as well as branching forms, but the newly described Porites fontanesii exemplifies the perfect blend of both morphologies. Much like the elkhorn Acropora palmata of the Caribbean, the thick branching P. fontanesii is a unique morphology for this group of SPS coral. Found only in the Red Sea we don’t expect this species to ever turn up in the trade but nothing says that we won’t be able to discover strains like it.

Acropora sirikitiae– As well studied as the staghorn corals have been, it’s truly a wonder that a new stony coral species could be described from such a well-travelled region as Thailand. The main reason for this is not that this partiocular coral was overlooked, but that it was long considered to be a different species. Further analysis revealed that this particular dominant staghorn was indeed distinct and often forms large thickets where it grows.

Bonus stony coral: Sandalolitha boucheti – This new species of Sandalolitha is not likely to stir up the masses but this member of the Fungiid family just goes to show that there’s still some distant relatives of popular disc corals waiting to be discovered in the wild. Other species of Sandalolitha frequently bright green so it’s also possible that this semi-plating species could occur in some very interesting colors.

Bonus soft coral: Neozoanthus – With only soft body parts to describe, zoanthids and soft corals are much more difficult to identify on a taxonomic level. Requiring much more thorough genetic and meristic investigative work, zoanthids are particularly tricky to differentiate but at least two new species of Neozoanthus give us some clarity as to numerous species of exotic zoanthids that are being unknowingly imported for all the polyp lovers.