The Ebb and Flow of Marine Aquarium Water Movement

Water on the coral reefs is ever on the move. Constantly shifting currents, changing tides, and rolling or crashing waves make for quite a dynamic environment that saltwater aquarium hobbyists must attempt to recreate in their systems for the health of the fish and invertebrates in their care.

Water movement performs several vital functions in the saltwater aquarium, among them:

Anyone who has ever dived on a coral reef is well aware that the water movement in the reef environment tends to be turbulent (random and multidirectional) rather than laminar (uniformly flowing in one direction). Thus, turbulent flow is what we should strive to achieve in our saltwater aquariums. The challenge we face is somehow creating turbulent flow when, generally speaking, the water-circulation devices we have to work with—i.e., powerheads, sump or closed-loop pump returns, canister filter returns, etc.—tend to move water in a straight line. 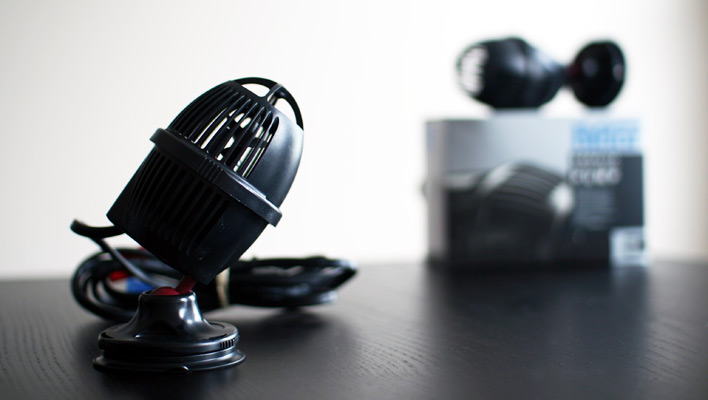 However, it is possible to create more chaotic water movement using these devices, for example by deflecting their outputs off the aquarium glass or rockwork or by positioning two or more powerheads so their outputs intersect one another in the water column and scatter to create turbulence.

Other ways to mix it up

In addition to strategic placement of powerhead, filter, and external pump effluents, saltwater aquarium hobbyists can take advantage of various devices available on the market that are designed to help them mix up their water movement. For instance, rotating deflectors can be attached to powerheads to continually change the direction of their output. An electronic wavemaker can be used to turn powerheads on and off in an alternating fashion to create a wave effect. A switching current water director (or SCWD) installed in a pump return line will switch the pump’s effluent between two alternating outputs for a little wave action. And that’s just scratching the surface!