Gone is the Cannon-style form factor with highly concentrated light source from a tiny multichip and super tight beam angle. Everything about the Cannon LED Floodlight is different from the heatsink and form factor to the multichip LED, driver and light spreading lens. The only thing that is familiar about the Floodlight Cannon is the 100 watt power rating. 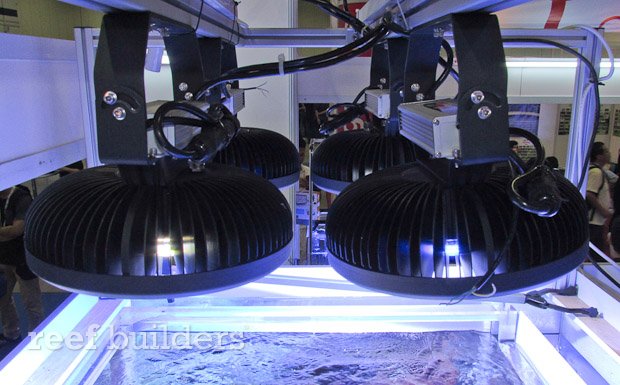 The heatsink and body of the Cannon LED Floodlight is spread out into a mushroom shape with a much thinner profile. The 100 watt LED multichip LED is now 2 inches across instead of one inch across, creating light source that has an emitter four times the surface area. The supporting lens is interchangeable between 60 and 90 degrees with a broad spread that is much more uniform than what we’ve come to expect from the ‘old school’ cannon LED.

The Inventronics driver powering the whole package is mounted neatly above the heatsink but below the articulating mounting bracket, accepting 100 to 277volts for the input with a degree of controllability that will be elaborated on in the future.

The Cannon LED Floodlights on display by Reef Systems were mounted on a very deep reef tank, with four units easily penetrating all the way to the bottom with incredibly good color mixing. If we had to eyeball it we’d estimate that the PAR produced by the 400 watts of Cannon Floodlighting was probably around 150 to 200 mols/m2/s at the very bottom but we actually had Seneye do some tests on which we’ll be reporting later.

The completely waterproof Cannon LED Floodlights can be completely hosed down and are still aimed for the public aquarium and very large displays but the broader spread is sure to appeal to plenty of large tank owners and coral growing operations. When they are released the floodlights will not replace the ubiquitous Cannon LED spotlights but they are expected to cost a wee bit more, but we’ll stay on top of all the details of Ecoxotic’s cool new piece of the sun. 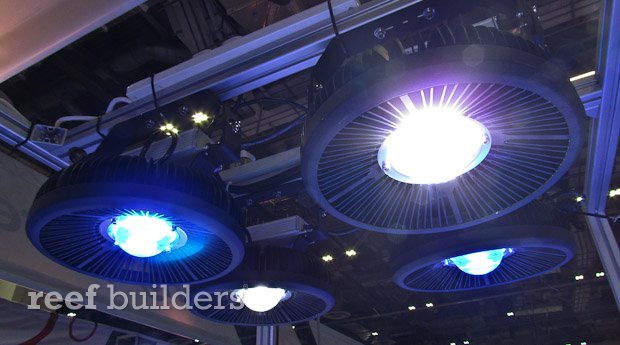 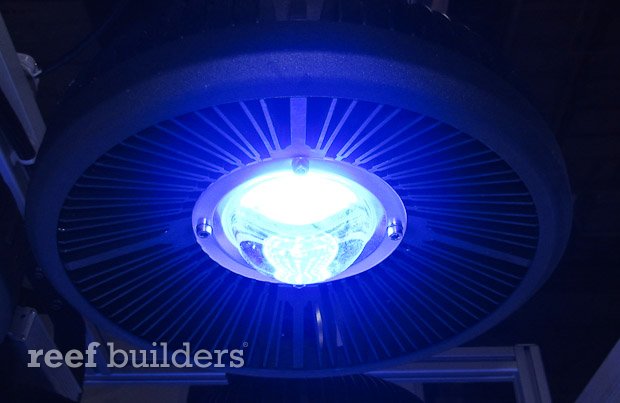 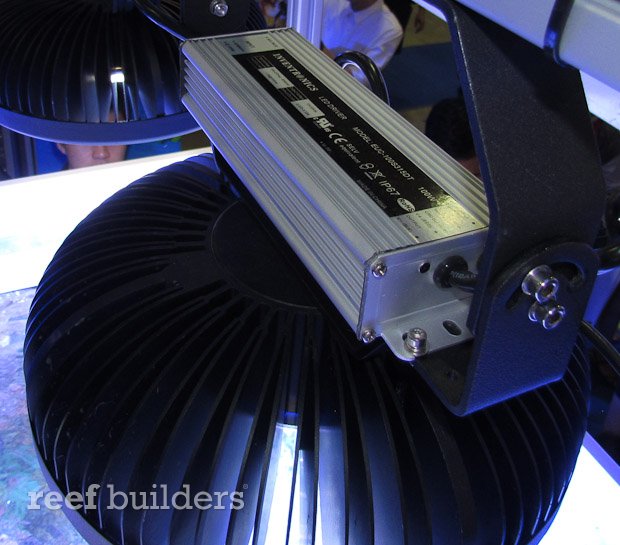 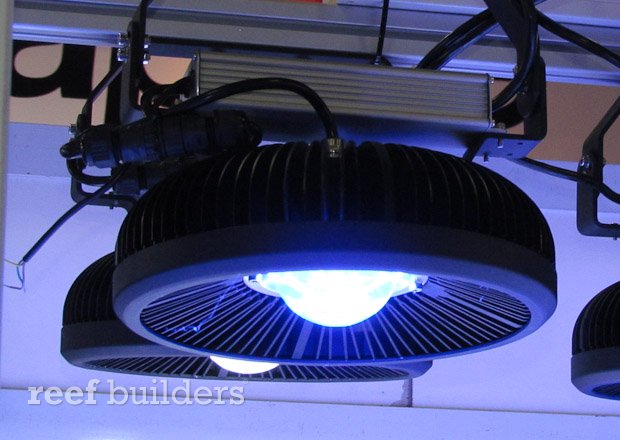 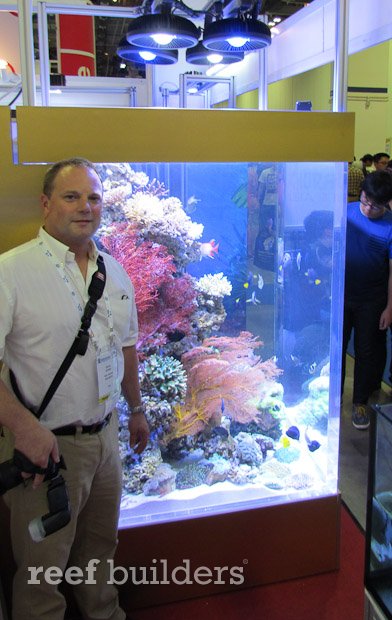 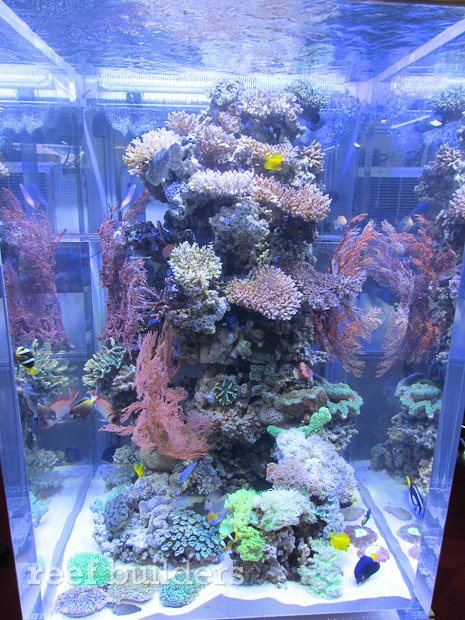 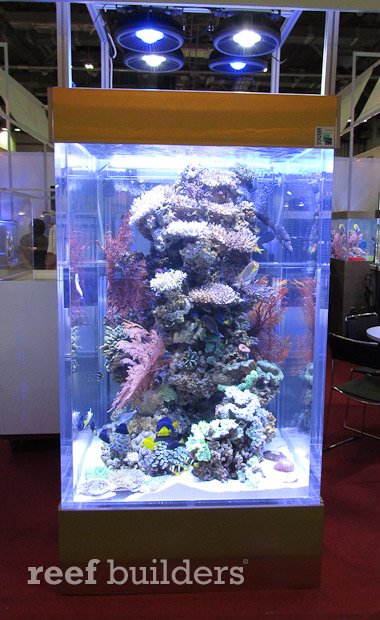 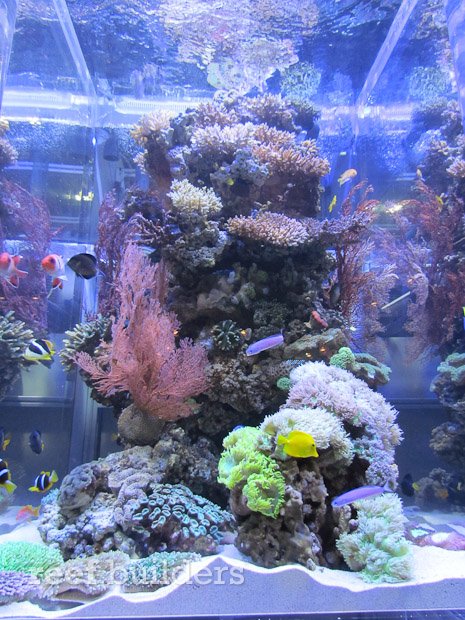