If you needed any further evidence that captive breeding of marine fish is in a Golden Age right now, here’s another tidbit to further the cause. Although most wild mandarins come from Indonesia, now we may soon see captive bred Synchiropus splendidus coming from Indonesia as well. 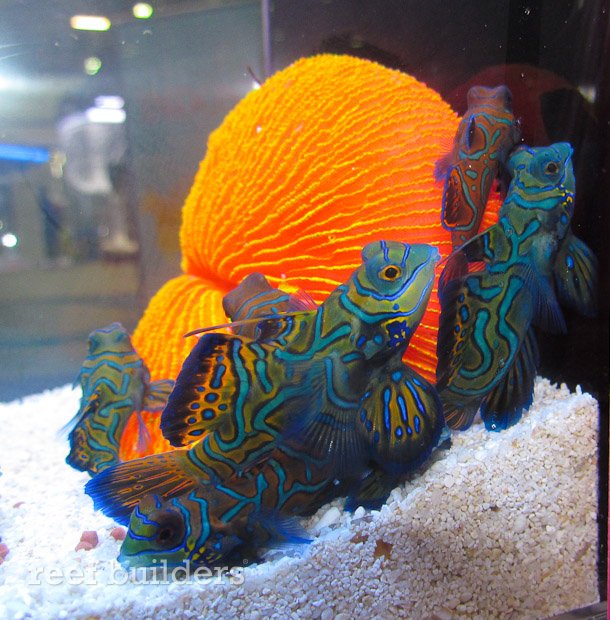 At Aquarama 2013 in Singapore we saw a small clutch of captive bred mandarins, of the red & green variety, from an unknown company which is also raising banggais, damsels, clownfish and some dottybacks. Those other species have a rather mild commercial value captive bred, either due to cost or the sheer numbers already being captive reared, but the captive bred mandarins are very exciting.

Sure we already have some captive raised mandarins available in small quantities from ORA but the Indonesian source claims to be already rearing two to three hundred pieces per month, which they could easily ramp up if the demand from the aquarium market is there. We’re not exactly what the company is called, it seemed more like a cooperative of Indonesian fish breeders but the business card is pictured below for interested marine life importers. 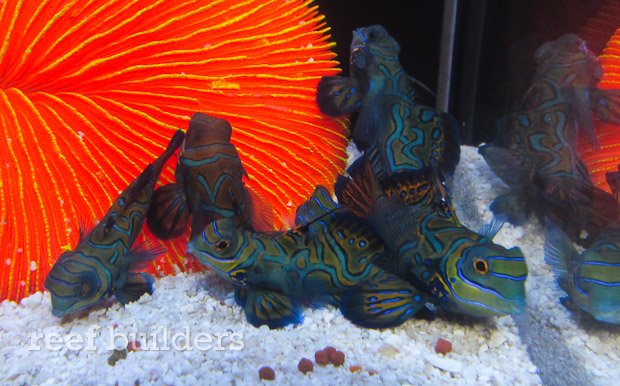 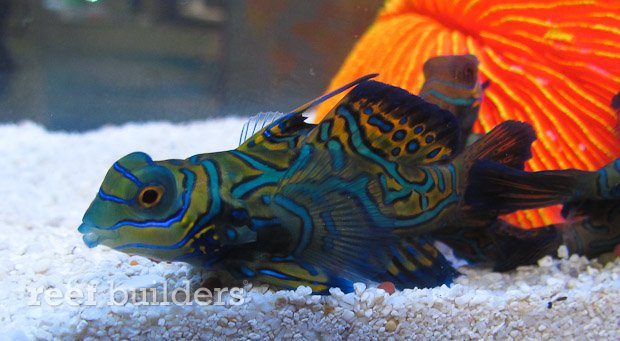 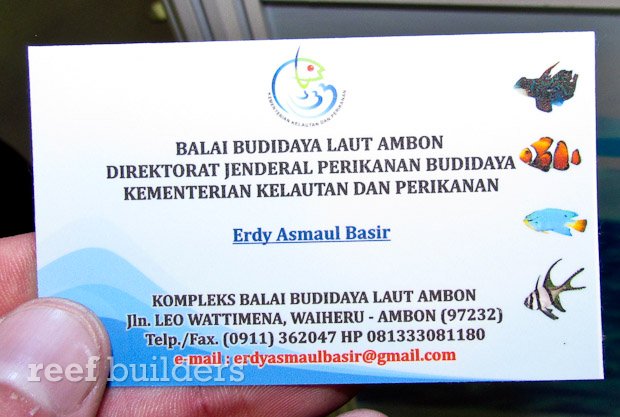