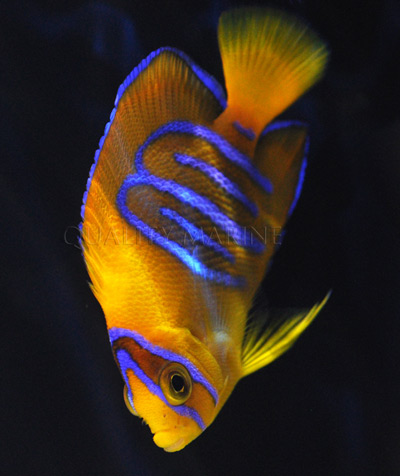 Here at Saltwater Smarts, promoting sustainability in the saltwater-aquarium hobby is a major component of our mission. In keeping with that objective, we encourage hobbyists to choose captive-bred fishes and invertebrates over wild-caught specimens whenever possible.

Captive-bred fishes have much to recommend them in terms of hardiness, health, ease of feeding, and overall adaptability in aquariums. Even more significant is the fact that choosing them over their wild-caught counterparts helps alleviate collection pressure on the already-stressed wild reefs.

So, we were very excited to hear that Quality Marine has announced the first aquacultured clarion angelfish (Holacanthus clarionensis) available for sale in North America. While our primary focus isn’t breaking news, we’re confident our fellow sustainability-conscious salties will appreciate getting a “heads up” in this case. 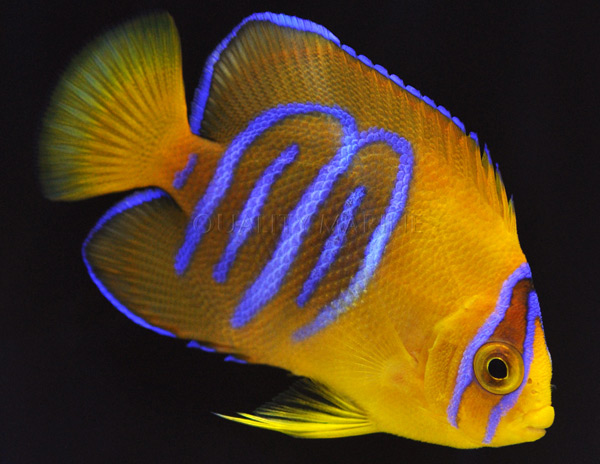 What follows are further details from Quality Marine on this exciting development and the clarion angelfish itself:

Where the captive-bred clarion angel came from

This fish was produced from a captive breeding at Bali Aquarich, where it was reared to a salable size. It was then shipped to the United Kingdom for a brief period, and now it is beginning its North American tour in Southern California, here at Quality Marine.

What makes the Clarion so special?

The clarion angel is a gorgeous fish that adapts very well to aquarium environments. They are hardy and “personable” tank inhabitants. Though they can be pugnacious with tankmates, they generally learn to recognize people as the source of food and will interact with them.

This fish has a very limited distribution, coming only from shallow-water tropical-reef locations from the southern tip of Baja California, Mexico down to Clipperton Island. The majority of the species are found in the Revillagigedo Islands. The population size, distribution, and habitat that this fish prefers is so limited that it could easily be overexploited. It is currently listed as “vulnerable” by the IUCN Red List. Quality Marine does not import or stock wild clarion angels. 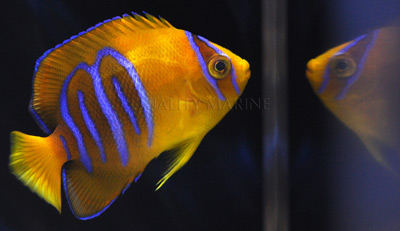 H. Clarionensis has a fairly small adult size at 7.8 inches. Like most fish in their genus, a large portion of their wild diet consists of sponge matter, with some aquarists reporting that coloration fades if food containing sponges is not offered. The blue barring of this juvenile fish will fade, and it will end up being a brilliant gold coloration.