The Single Ramp Timer, when it was first announced, was an unusual creature, an oddball in the aquarium market since nothing like it has ever been offered to aquarists before. For decades we have relied on basic mechanical or digital appliance timers to turn our aquarium lights on and off. It’s only within the last few years that the fancier LED fixtures have been available with built-in timer and dimming properties.

However, for every “fully fledged” LED light fixture sold in the aquarium hobby, dozens if not scores of simpler ‘dumb’ LED fixtures and striplights have been sold to aquarists with simpler needs, yet the majority of these have had to fall back on the appliance timer of old. Seeing an opportunity, Current USA practically invented a new category of timer, the inline LED timer, which begins with the Single Ramp Timer. 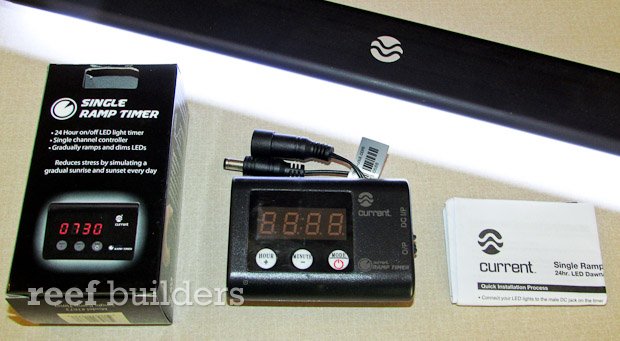 American users might be mildly thrown off by the 24 hour ‘military time’ clock but they’ll get used to it. Current USA is marketing the 15 minute ramp up and down for sunrise and sunset as more ‘natural’ for aquarium fish but let’s be real here – fish have been living in aquaria for decades with lights that simply turn on and off, but the gentler nature of lights dimming on and off is a nice perk.

Initially we felt that the $39 price tag of the Single Ramp Timer was about ten bucks too high but having now used one for a while the price seems right in line. Those $10-15 mechanical appliance timers suck to program, they frequently get stuck and their longevity is also questionable. Furthermore, you can easily spend $30-40 on a digital timer which is even harder to program, and will fit awkwardly on your power strip, usually while also blocking some of the outlets.

Although we never really heard the cries of consumers yearning for something more, like some of the more progressive consumer electronics manufacturers Current USA created a whole new category with the inline LED timer that we didn’t know we needed, or wanted. But now that inline LED timers are a thing, no one will ever want to have a basic LED striplight without something like the Single Ramp Timer. 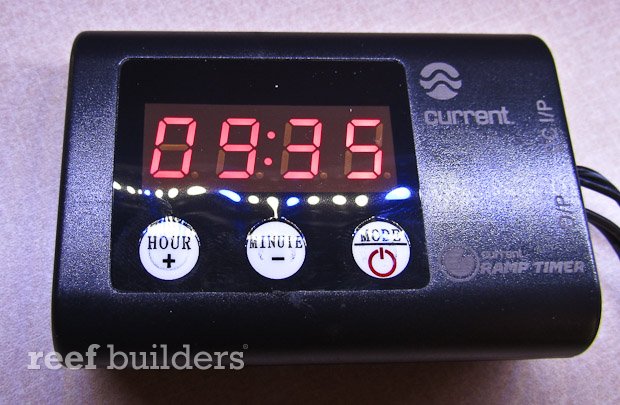 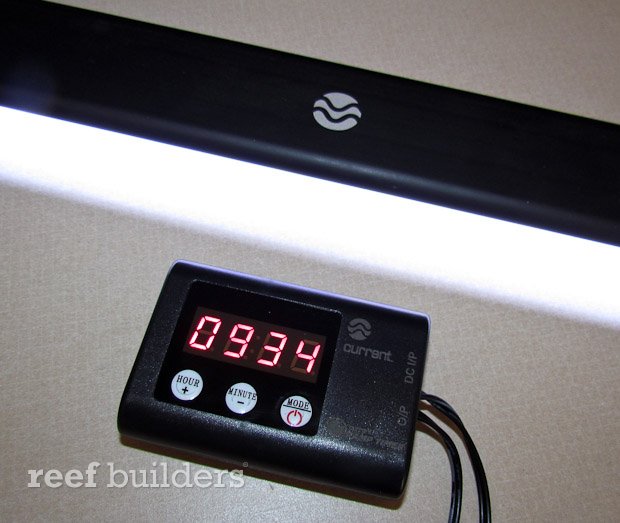