Sometimes we like to be proud of some of our home aquarium fish which are pushing five, eight, and even ten years old, but that’s nothing compared to some really old fish. We’ve shared the 40 year old sixbar angelfish living in France, and the 80 year old Australian lungfish living at the Shedd Aquarium in Chicago. While not quite as old, these black ocellaris clownfish are pushing the limits of longevity for their kind.

While visiting Aqua Medic headquarters in Loveland Colorado and the recent developments to carry live corals, we encountered this very special pair of black ocellaris clownfish. We were told that this pair was originally placed into a home aquarium way back in the early nineties. Although there once was a time when the two black ocellaris clownfish were split up, they eventually found their way back into the same aquarium and the two-decades old partnership continues to this day.

It is absolutely fascinating to see such old aquarium fish living and thriving in captivity. You hear so much about the attrition that wild-collected marine fish experience on their way from the wild to our aquariums but the opposite can also happen – some fish can live much longer than their wild fish counterparts.

This particular pair of  black ocellaris clownfish are among the first generation of captive bred black variants of Amphiprion ocellaris from Darwin Auastralia that were originally cultured en masse in England. They look no worse for wear, a little bit of raggedness on the edge of the fins is to be expected, and the older female shows a mild clouding of her eyes, but otherwise it appears like this pair of clownfish still have a lot of life left to enjoy. 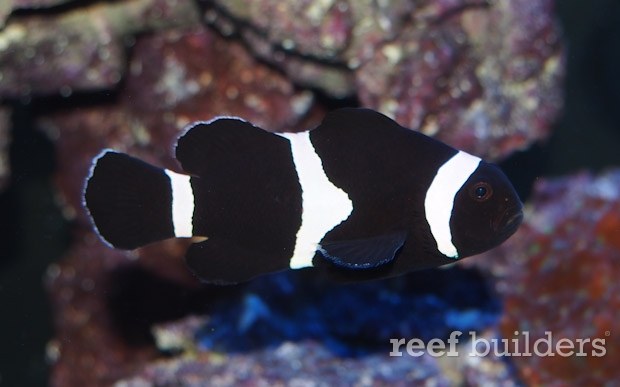