Favia camranensis, a new species of moon coral with corallites like shingles

Favia camranensis is a new species of moon brain coral recently described by Yuri Latypov from colonies discovered in Vietnam. Found living in monospecific aggregations of five to twenty colonies at Hon Nai Reef in Cam Ranh Bay, Favia camaranensis differs from all known faviids in that its corallites project one above another by more than 2 mm. 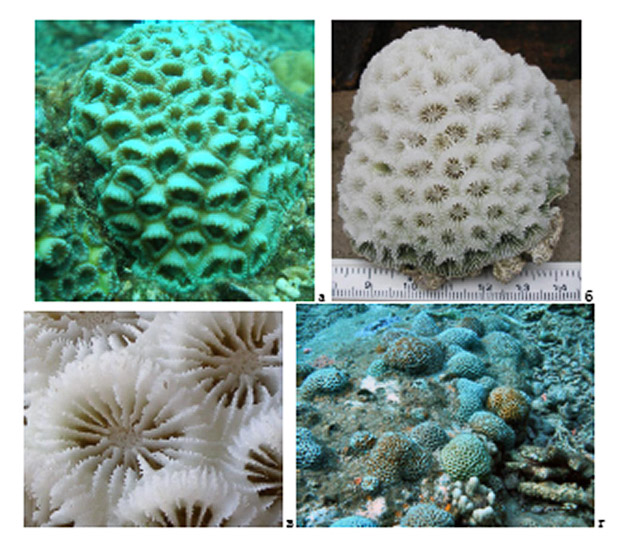 The super-imposed corallites cascade down the sides of the colony like a roof of shingles, making Favia camranensis a really really stand out among its congeners. The new Favia species from Cam Ranh Bay was found living at depths between three and six meters (10 to 20ft) in aggregations that also included similar species of Favia, and Platygyra, on hard stony substrates.

There’s actually been a limited amount of “aquacultured” Faviid and moon corals exported from Vietnam with really weird species in the mix. We use quotations around aquacultured because the pieces we’ve seen looked like chunks of moon corals that were cemented to a plug, and allowed to grow and encrust maybe a month or two. If you’ve purchased moon coral on an aquacultured plug in the last year or two, check out out for the really distinctive corallites of Favia camranensis because it’s totally possible you’ve already been growing this coral which is not officially a scientifically recognized species. 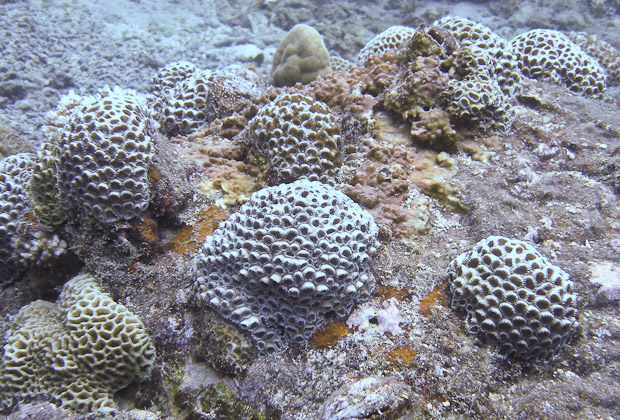