UCA’s Wildfire Monti is a killer specimen of Montipora caliculata

One of the things that we particularly like about Ultra Corals Australia is that they are coral collectors with the eyes of a reef aquarium hobbyist. To that end UCA is always on the lookout for new and unusual corals with their latest find called the UCA Wildfire Monti being a particularly exceptional colony of Montipora caliculata.

When Charlie Veron’s seminal Corals of the World came out, one of the Montis that really caught our attention is the striking Montipora caliculata. The photo of a particularly textured pillar-shaped colony really does it for us with a combination of robust shape and a highly textured, reticulated surface.

Montipora caliculata has been imported before, although in small numbers, and UCA’s Wildfire Monti is the first of its kind that we’ve seen with not only a beautiful shape and texture, but raspberry pinkish red polyps to contrast very strongly with the tissue’s base coloration. Being a singular colony, for the time being the UCA Wildfire Monti is likely to first end up in propagation in Australia and in the U.S. Time will tell how glorious of an aquarium coral this particular Montipora caliculata will become but simply knowing this species exists in this coloration is exciting enough. 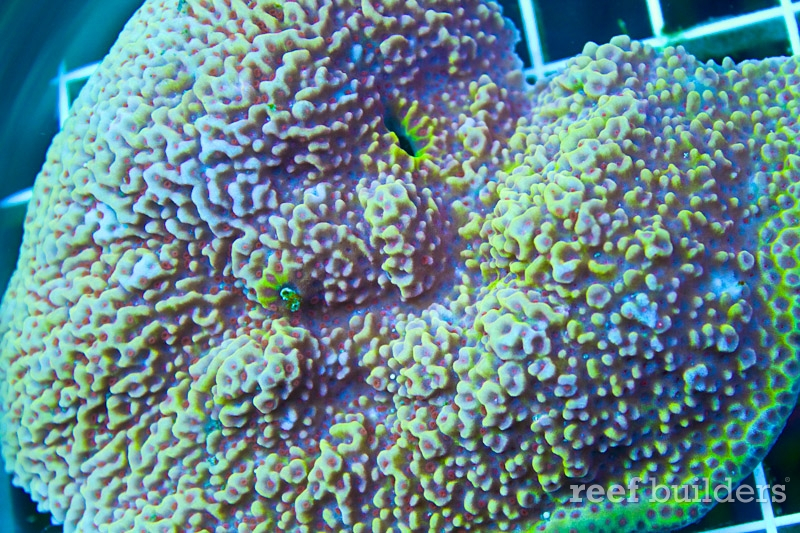 The American Reef Scene is descending on ReefStock March 1 & 2