NASA To Provide A New Look At COral Reefs

According to the Jet Propulsion Laboratory’s Earth Science Airborne Program, “The goal of CORAL is to provide critical data and new models needed to analyze the status of coral reefs and to predict their future.” CORAL is being led by Eric Hochberg (the Principal Investigator), Michelle Gierach (Project Scientist), Ian Mccubbin (Project Manager), and Jennifer Olson (Mission Manager). 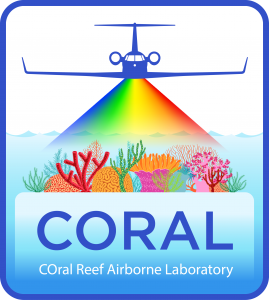 Until now coral reefs have been surveys underwater by scuba divers making it difficult to get a bigger picture of the entire reef. CORAL will conduct airborne surveys of representative coral reefs from Hawaii to Australia using a new instrument named PRISM, which is designed specifically to observe coastal environments.
By shifting the focus from dive sites to the entire reef, scientist will get cutting edge insights into how biological, physical and chemical processes shape and affect the ecosystems. Not only will we gain new biological understanding of the reef, but we will also be able to see how reefs are changing globally due to the effects of climate change and human activities.

The Portable Remote Imaging SpectroMeter (PRISM) is NASA’s secret weapon for imaging reefs 23,000 feet (7000 meter) above sea level. PRISM can collect data from large swaths of the ocean allowing scientist to distinguish among coral, algae and sand  with an impressive resolution of five feet by five feet square (less than two meters by two meters square).
This uniform dataset will be an advance over the current data, collected by multiple groups all using different techniques. Until now scuba divers have been the gold standard for conducting reef research however this method leaves a lot to be desired. Scuba diving is time consuming, labor intensive and costly while CORAL’s use of remote sensing technology to survey entire reef ecosystems represents a huge step forward in research capacity.
Search online for “coral reef images” and you’ll get a million spectacular photos, but they all show just the small fraction of the world’s reef area that scuba divers have visited. The fraction that has been scientifically surveyed is even smaller. We simply don’t have enough data to understand which impacts to reefs are the most damaging and how resilient reefs are likely to be. 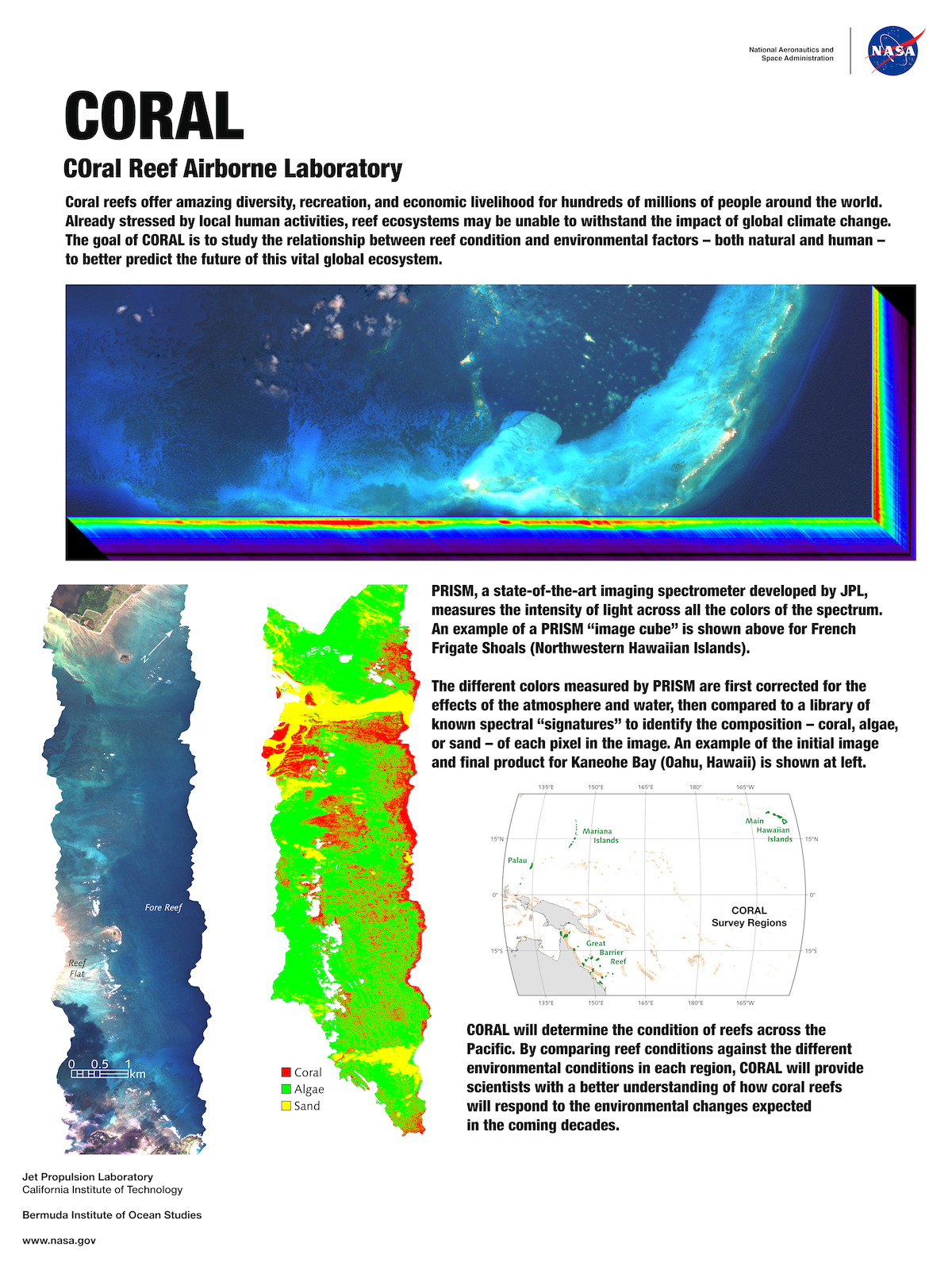