Bali Aquarium has just released pictures of a truly fantastic looking Euphyllia coral. The tentacles are a perfect blend of a hammer coral, Euphyllia ancora, and a frogspawn coral, Euphyllia divisa, which is not that uncommon to see in some branching Euphyllia, playfully referred to as ‘Ham-Spawns’ or ‘Spammers’.

If you saw this coral in someone’s reef tank you could be forgiven for thinking it’s just a nice Euphyllia with colorful tentacle tips. But closer examination of the skeleton reveals a completely different animal, with a common, unbranched skeleton which is very unusual for Euphyllia corals showing a blend of characteristics in the living tissue. 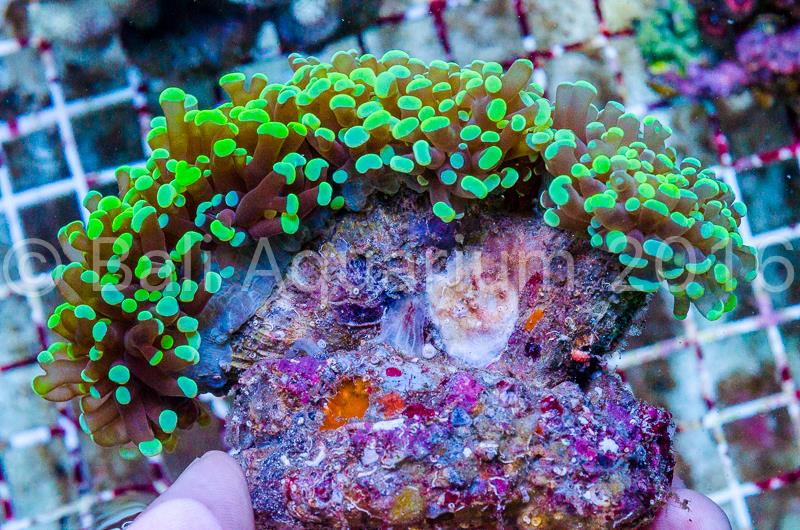 Now in regards to the origin of this coral, it seems most likely that this freaky Euphyllia is the result of hybridization between the two corals it resembles. Most Euphyllia corals, save for Torches, tend to prefer the same kind of sheltered and murky habitat, so the mechanism for hybridizing is not that hard to imagine.

However if more specimens like this one turn up in greater numbers, and from one particular region of Indonesia, we could have a new species on our hands. It’s hard to know one way or another since for most stony corals, the skeleton is the defining feature of most Scleractinia, except for some species of Euphyllia and other very fleshy LPS corals where the living tissue is sometimes used for identification.

Either way, it’s super cool to see a truly rare coral specimen like this one from Bali Aquarium, and we hope whoever ends up with it appreciates what an unusual coral this is. 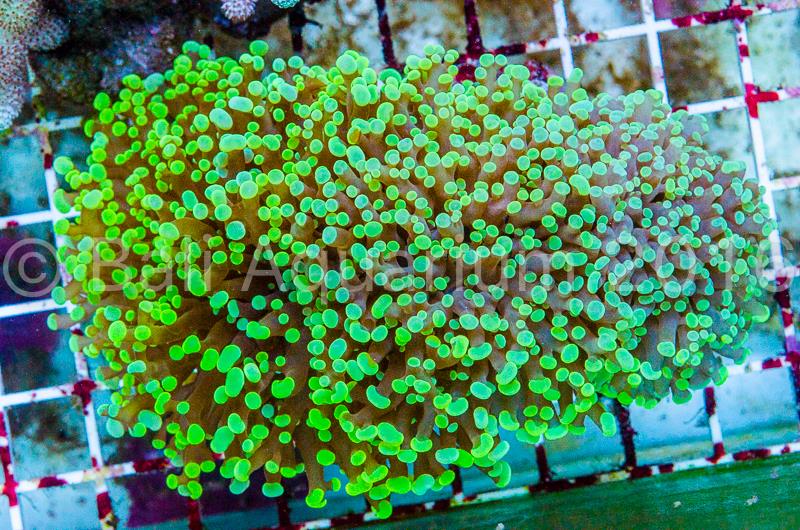