The OceanSwipe is a magnetic aquarium glass algae cleaner that has been in development for a long time. But today, the device becomes a ‘real’ product with the official launch of the OceanSwipe webstore.

The first units of the OceanSwipe 360 will be sold directly by OceanSwipe with deep promotional discount for the first five units. There is only one OceanSwipe 360 machine but there are many different configurations available to accomodate a range of aquarium sizes from two feet to four feet tall.

The reason for the different packages is that taller tanks are usually longer tanks, also with thicker glass. The 26″ tall OS 360 is priced at $850, suitable for tanks with glass up to one inch thick, and 30 feet of track for the top and bottom of the aquarium, regular price will be $1150. Meanwhile there’s a larger 48″ tall OS 360 package with the same amount of track but suitable for glass up to 1.25 inches thick – it’s regular price will be $1750 but discounted to $1450 during the promotional period. 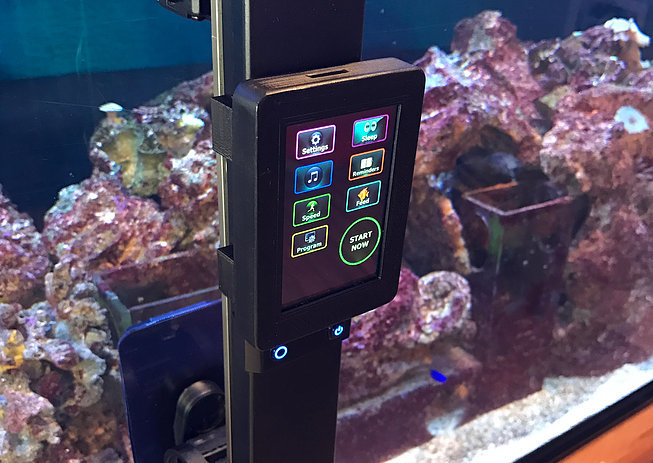 The OceanSwipe 360 robotic aquarium glass is a very capable machine that goes well beyond being a dumb Roomba for your tank. It has many intelligent features like obstacle avoidance, it can be programmed to polish acrylic scratches, and it’s the first to be able to go around corners to clean the side walls of the aquarium as well as the front.

None of us have ever really enjoyed the pleasure of having a perpetually clean aquarium glass, but the OceanSwipe 360 looks like the best ticket yet to this heaven of aquarium cleanliness. It’s really awesome to see the OceanSwipe 360 finally come to market despite working uphill to build a whole new market segment for itself, and we’re definitely rooting for its success in the aquarium hobby. [OceanSwipe]