It’s been a little while since we’ve heard any news from Reef Life Support Systems but there’s a pretty good reason for that. The company has been hard at work building their new Wavepuck pumps but more importantly, giving a their pump controllers a complete facelift.

Since their introduction about five years ago, Wavelines and basically every DC pump have sported the same very basic, quite rudimentary inline controllers. At first it was quite nice to have an on/off switch, feed button and be able to control the flow speed of DC pumps. This is in stark contrast to internal flow pumps, stream pumps and water movers which have long incorporated many more types of features for creating different water flow patterns. 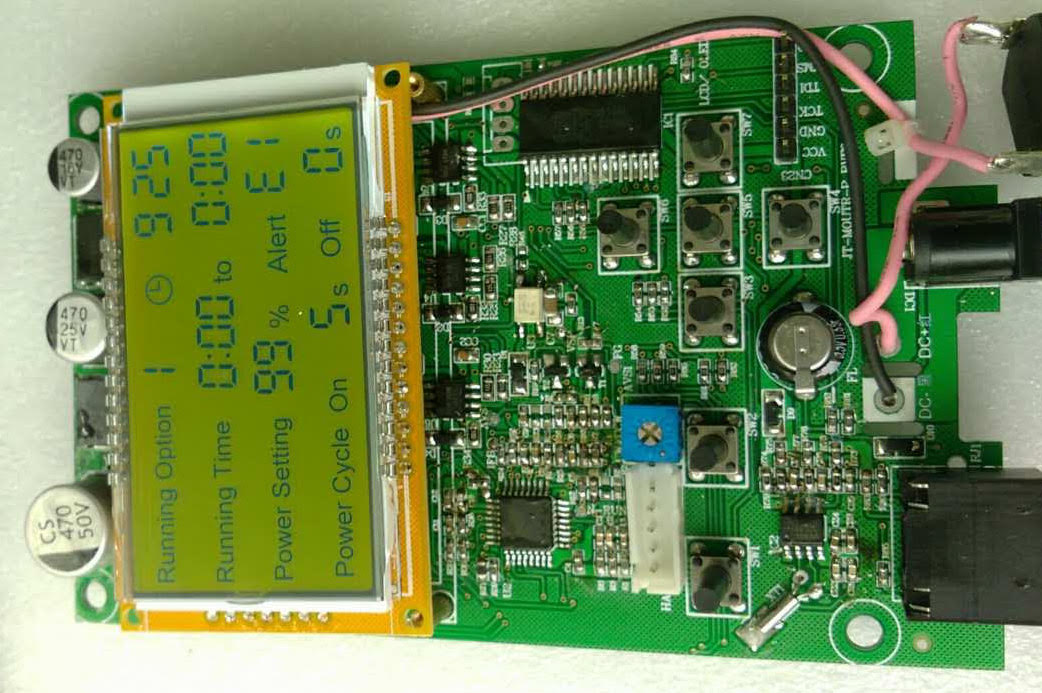 But as we’ve become more savvy with our DC pumps and what they can do, unless you’re using the Ecotech Marine Vectra pump or plugged into a 3rd party controller, we’ve been held back by antiquated controllers that an do very little on their own. RLSS is about to change that with the first DC return pumps to include a full-blown controller with the next generation of Waveline pumps.

In addition to adding several more control buttons, the big glaring difference of the new Waveline controllers will be an informative LCD screen that will give quick access to many more features. To be clear, some controllers have tried to indicate different running modes through color-coded LEDs and flashes, but the Waveline’s new LCD screen will spell it out very clearly, without the need to referring to a user manual.

Theoretically, with the new Waveline controller you’ll be able to dive deep and program very sophisticated functions without having to whip out a smartphone app or plug into a controller. It remains to be seen if this will indeed be a better method to access richer functions of the Waveline pumps, but we’re hopeful that the next wave of Waveline controllable DC pumps will be some of the best of their kind that can work on their own.

How to Maintain Your Magnesium, Calcium, and Alkalinity Levels