Okeanos Continues To Amaze With Deep Sea Dives In Samoa

NOAA is back to wowing us with incredible images of marine life from the deep sea with the latest Okeanos expedition. The first mission of the year is a series of deep dives with remotely operated vehicles (ROVs) exploring the seafloor around Samoa.

The very high tech deep sea surveys are equipped with high quality cameras which also happen to have a live feed right on the old world wide web. This live feed built into the ROVs gives watchers a front row seat to new discoveries and animals never before seen, either alive or in their natural habitat. 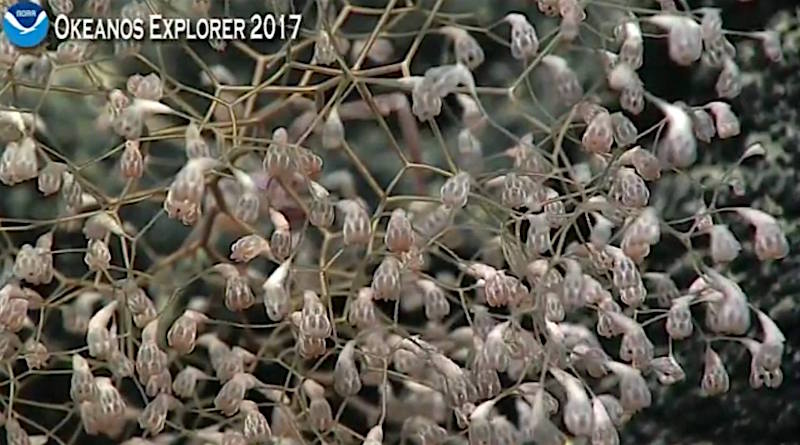 Although there’s only been a few dives so far, we’ve already gotten a good look at some very unusual animals. These include a deep sea hermit crab living in a shell covered with live coral, some striking basslets of Dactylanthias and Plectranthias, and some wild deep sea corals including one colony with bell shaped polyps that hang upside down like Lily of the Valley flowers.

If you’re into that sort of thing, the live feed makes for good background TV which is great because the sightings are few and far between. There can be up to half an hour of mostly rock and sponges and crinoids but when the ROV pilots come across something good, there’s no telling what you might see for the first time, along with the rest of the world.