Even if you’re into chalice corals and consider yourself a connoisseur of Echinophyllia Mycedium and Oxypora, there’s still a pretty good chance you don;t know or don’t have an Echinomorpha. With only one species in the genus, Echinomorpha is kind of an odd duck but it more than makes up for it with the potential for truly dizzying colors and patterns.

The Echinomorpha seen here is not exactly one of a kind, it’s a stunner for sure, but the reason we wanted to share this solo-eyed chalice corals with you is because of the fabulous temporal documentation brought to us by Ratha Chaupoly. Ratha obtained this wild Echinomorpha as a young ” Wagon Wheel”  style colony with blinding bright red stripes.

The colony came from Reefer’s Direct during ReefAPalooza Orlando of last year and has since changed colors, for the better, quite dramatically. Although the red-spoked wagon wheel Echinomorpha was already quite pretty, it’s developed even more red colors and spots throughout its tissue. Meanwhile the greenish base color has morphed into a deeper, darker blue that couldn’t contrast with the red markings any more boldly. 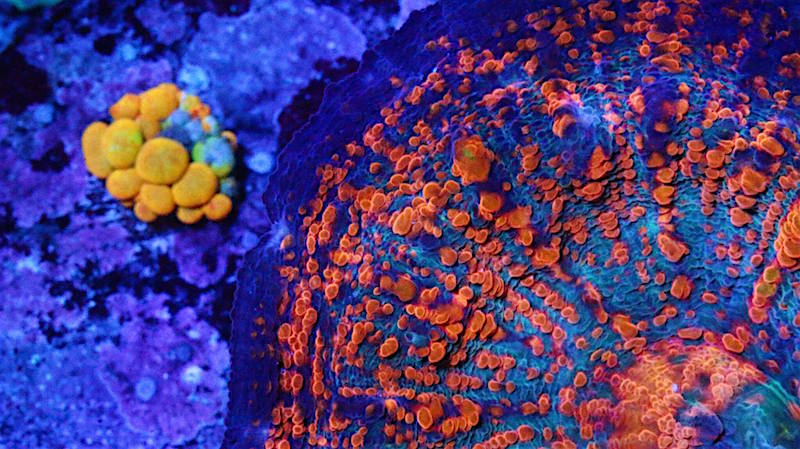 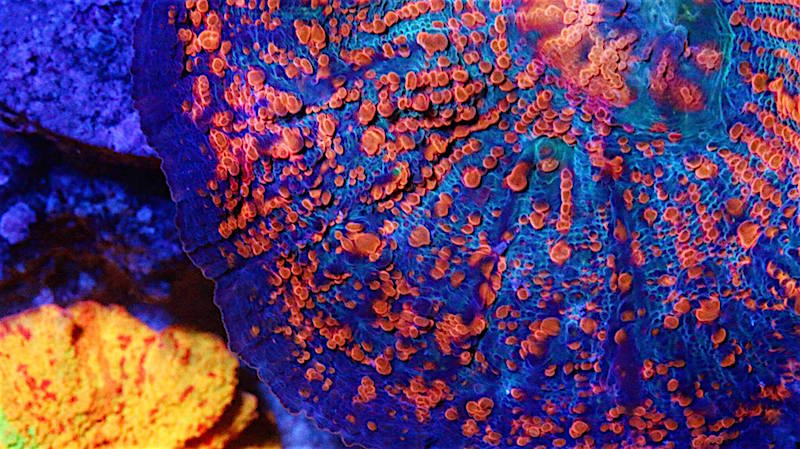 The coral colony was kept under T5 for months, but is currently basking under Radion LEDs in low par and low flow, the perfect conditions for this species which is generally found in very sheltered parts of the reef. The best part of this coral story is less the coral itself, but how well Ratha documented the change of this coral in less than a year since he got it, and how dramatically it changed in that time. 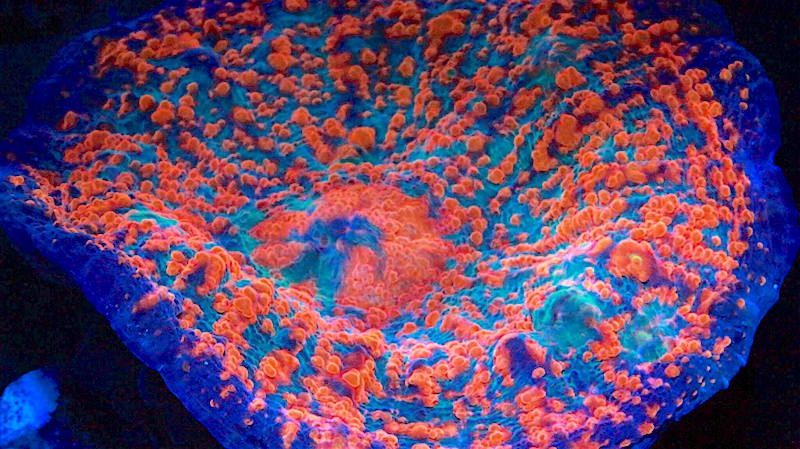 Okeanos Continues To Amaze With Deep Sea Dives In Samoa