Anacropora has become a little more available to reefers in the last several years, but this genus still hasn’t yet received the adoration it deserves. Coming mostly in muted shades of white, brown, olive green and sometimes a rusty orange, we’ve been waiting for a truly standout strain to show itself and we think we’ve found it.

The image may not be that clear but there’s no question that what we’re seeing is the first photographic evidence for an Anacropora with bright green polyps. This Indonesian Anacropora from the northeast of Java has been developing its potential at Reef Raft Canada for a while and has finally revealed its ‘true colors’.

The great thing about Anacropora is that it grows pretty fast, at similar rates as thin branching Acros and Montis, to which it is most closely related. Better yet, several species of Anacropora can be found in a wide range of habitats from the shallows to the depth, and should therefore also be well suited to a wide range of aquarium environments. 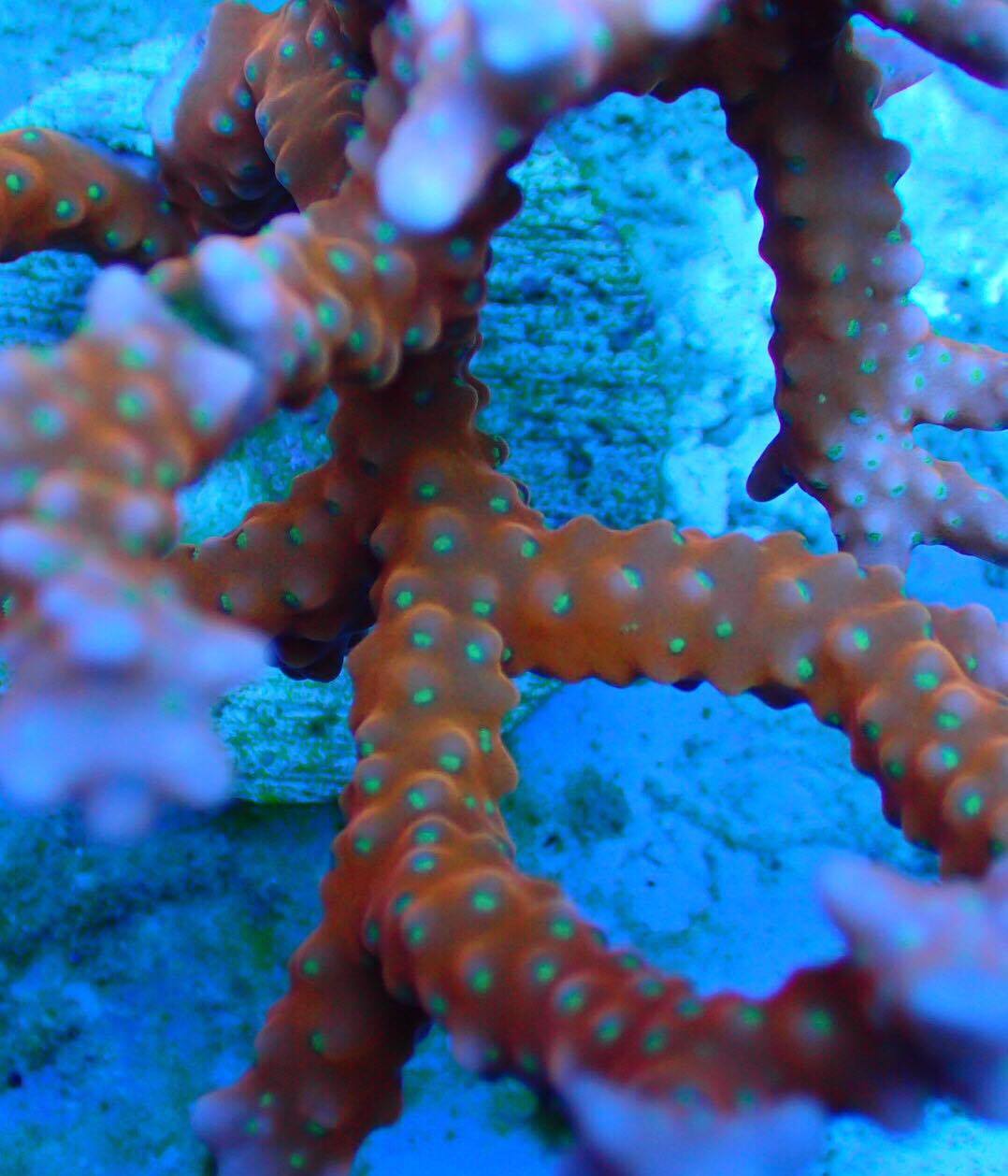 Buy Seachem, help save a rhino