The marine aquarium hobby and especially the practice of keeping and growing corals is all but dominated by photosynthetic corals, but corals of the dark have some really cool surprises. Take Truncatoflabellum for example, a deepwater and turbid environment coral that basically looks like a small, clearish elegance coral.

Recently some Japanese researchers kept a small group in an experimental tank for over three years just to observe and document their very interesting dual life cycle.

“Six anthocaulus specimens of Truncatoflabellum were collected off Koshiki-jima islands at depths of 50 to 100m in July 2011. The corals were observed for more than 1200 days in a 1000L tank containing filtered seawater at a temperature of 17 to 19 °C. The corals were maintained under dark conditions and fed twice a week with frozen copepods.”

Unlike virtually all corals that we know of, there are two distinct types of polyps in Truncatoflabellum, the Anthocaulus and the Anthocyathus. The anthocaulus is the stalked corallite that is attached to some kind of rock and it never moves. The anthocyathus is what actually grows out of the anthocaulus, and eventually self-propagates or ‘breaks off’ from the stalked corallite, and has a free living life style in soft sediments or sand.

There’s a few very bizarre things going on here that is completely different from  ‘common knowledge’ about aquarium corals. First of all, nearly all of our corals bud new polyps either from within the polyp, or right on the side of it. Truncatoflabellum propagates asexually in a very different way in a process called tranverse fission, a fancy way of saying the polyps grow end to end. 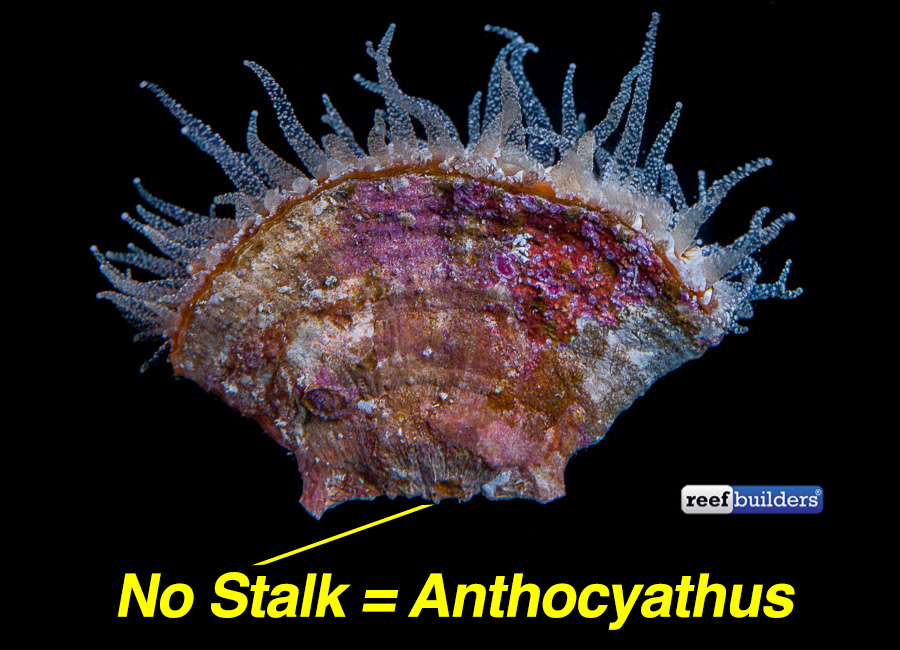 The crazy part is that both of these corallites can be the same exact coral genotype, but each polyp lives very different lifestyles. The attached anthocaulus never moves, and it never reproduces sexually – it is limited to popping off new corals asexually for all its life at a rate of about one every three years.

Meanwhile the Anthocyathus is the opposite – it is free living in mud and sediments and it never reproduces asexually, only sexually through spawning. It’s just kind of crazy to think that the same coral can have this bizarre duality of life in the ocean.

This life cycle is not unlike many species of fungiids, except these corals’ anthocaulus breaks off at the base leaving nothing behind; it’s only through mechanical damage that some fungias will develop numerous stalks on a dying skeleton to produce ‘Fungia Trees‘ which continually generate free living daughter corallites. 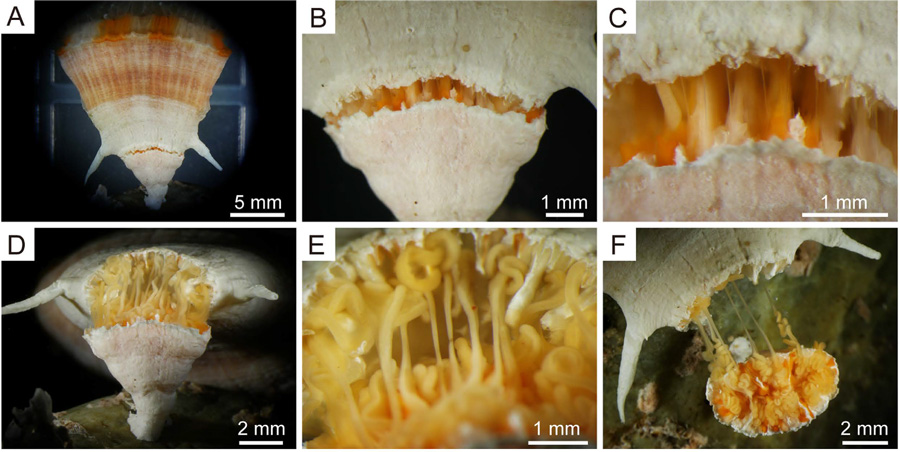 The development of the free living polyp (anthocyathus) from the attached corallite (anthocaulus) is very damaging to the original corallite, causing a great amount of damage to both the skeleton and the soft tissues. The original stalked corallite has to go two weeks without a mouth or any feeding tentacles before this vital organ is regenerated.

Kudos to Tokuda, Haragachi & Ezaki for putting together this exciting research, and especially the patience they had in watching these corals for 1200 days! [Nature] 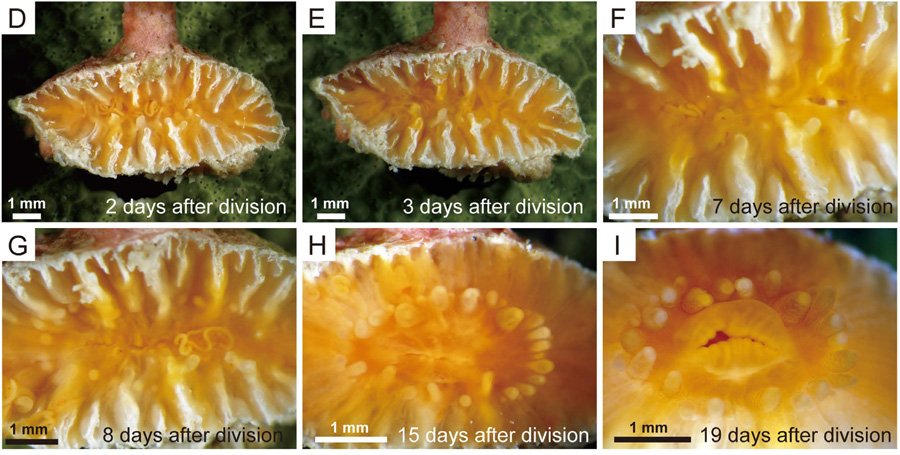 Captive Raised Hawaiian Yellow Anthias Are Quite The Stunners