Chill Out Your Reef Tank With The Coldwind Cooler Aquarium Fan

We just arrived at Spring in the northern hemisphere so that means that temperatures are going to start heating up. It’s never too soon to make a plan to keep your aquarium cool in the face of extreme heat, and reef tanks are particularly sensitive to elevated water temperatures.

While touring the Australian aquarium and reef scene we’ve been hearing tales of their last summer heat wave which saw temperatures as high as 42.9ºC, or 110ºF! If it’s one thing we’re seeing a lot of in Australian fish stores it’s cooling equipment, especially of the hang-on fan variety. We spotted the Johnlen Coldwind Cooler aquarium fan at few different locations and gave them closer inspection for good measure.

The Coldwind Cooler is Available in three sizes, with one, two or four fans each. The smallest single-fan F1 Coldwind is of the enclosed fan variety with conduit channeling water over the edge of the aquarium, and should be capable of delivering enough cooling for a 15 gallon or so aquarium. 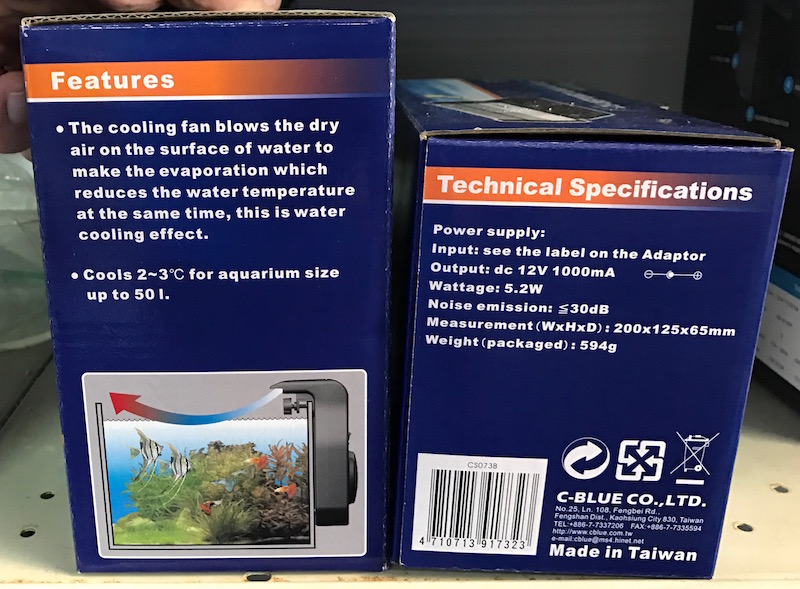 There’s nothing particularly original about either of the F1, F2 or F4 Coldwind Coolers from Johnlen. However we’re fans of the other basic yet reliable aquarium accessories Johnlen has made in the past and it’s nice to see the company offering these simple and affordable aquarium cooling devices.