An Apolemichthys kingi, known as the King or Tiger Angelfish, is being offered for sale in the UK. The rare marine fish and coral specialists in the North West of England imported the fish, and are holding it in quarantine while it feeds and rests.

Thought to be one of just four in the UK, two of which are said to be residing together in a private collection, The King angel is a rare import indeed, and is causing quite a stir with the store’s customers and the UK marine community. 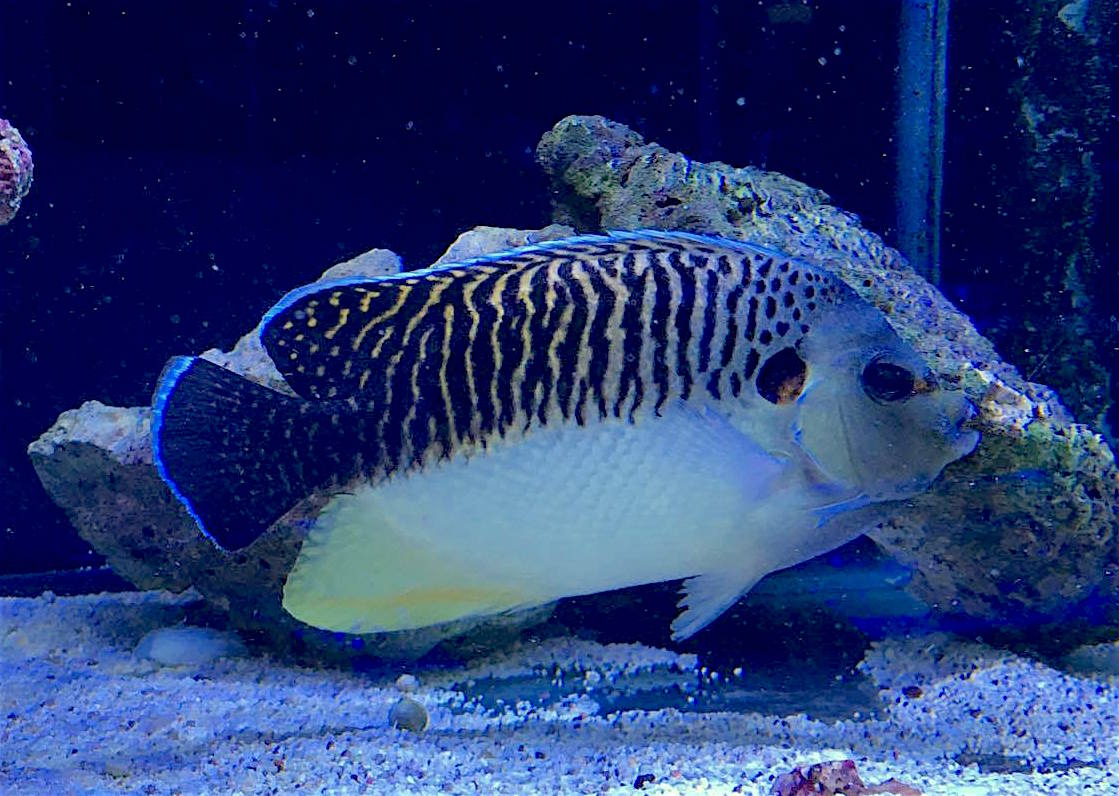 Kings were thought be South African endemics, with adults preferring cooler, deeper waters with strong currents, making diving extremely difficult. But specimens have been found recently on the Indian Ocean side of Madagascar, significantly expanding the fish’s potential natural range.

Imports of note of this exclusive fish remain close to single figures even worldwide, with sums of over £20,000 reportedly being paid. On sale for a mere £12,000 (~US$15,500) once rested, this six inch specimen in adult colours offers a very real chance for wealthy trophy hunters in the UK to get their hands on one. For more information reach out to Burscough Aquatics and pray they haven’t sold it yet!

Thanks to Jeremy Gay for sending us this nice little write up of the illustrious Tiger Angelfish!

A rare #KingiAngelfish has landed at @BurscoughAquatics in #England. This fish was once thought endemic to South Africa but has been found in #Madagascar where this #Apolemichthys is from. #rarefish #reeffish

The Scuba Show Is Happening THIS weekend, May 6-7!

This Is What A Metric Boatload of Wild Corals Looks Like!

May 4, 2017
Site Sponsors
Reef Builders is Supported by: