Adelotremus deloachi is a new species of fangblenny that was discovered in Bali of all places. We mention the type locality with some degree of surprise since Bali is so well travelled and dove, you’d think that most of the obvious new species would have been found by now, but then again fangblennies are a curious group of reef fish. 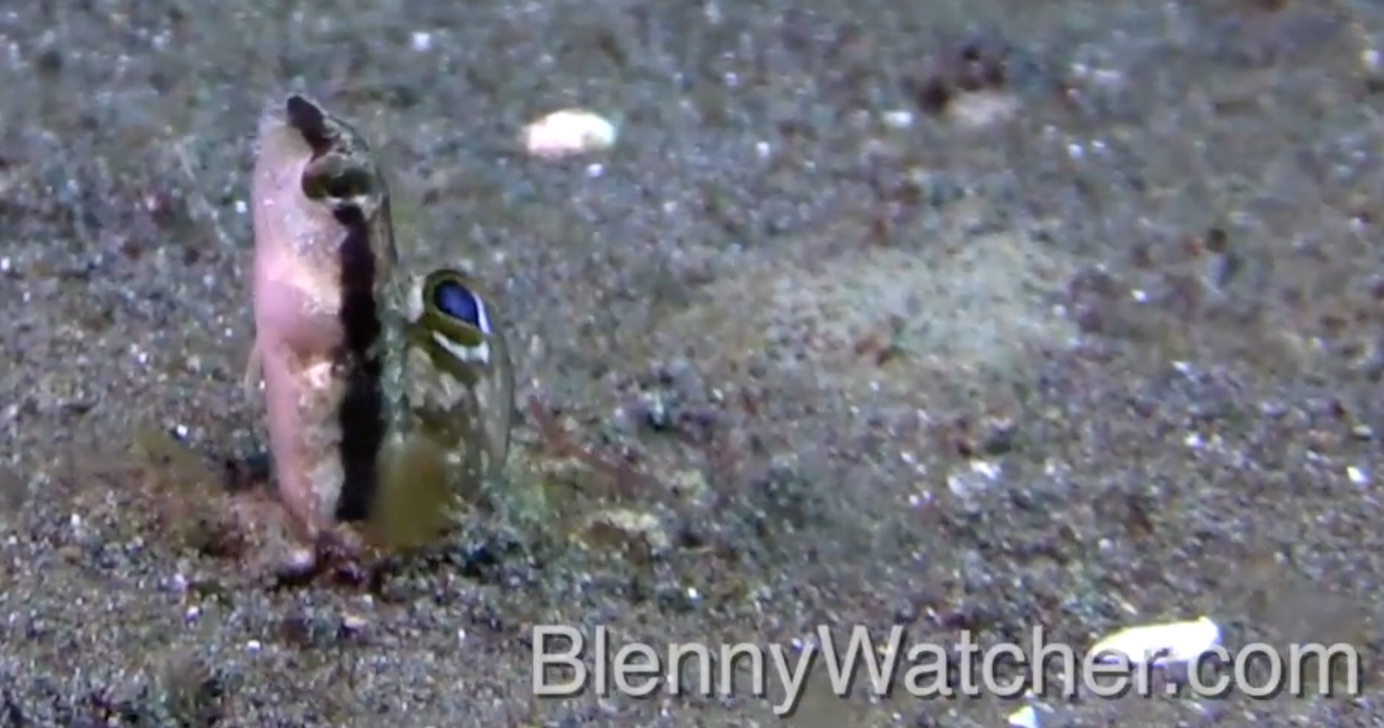 Like other fangblennies, and many other blennies for that matter, Adelotremus deloachi loves hiding most of its body in tubes, so the most that divers will get to see of this fish is its adorable, striped and pointy face. Part of the reason that this fish has taken so long to be noticed is its tiny size.

Deloach’s fangblenny is only the second species in the genus Adelotremus and the two species within it are barely over an inch long! Furthermore, the male and female of this neat little new fish are sexually dimorphic, with males sporting an attractive dorsal spot which is absent in females.

Curiously, the type specimens for the description of A. deloachi were each collected at marine sites which are very popular with divers, especially photographers looking for macro photography subjects. We guess they’ve just all been so focused on photographing the same Rhinopias and muck diving critters as everyone else that they tuned out the tiny little fangblenny until it was spotted by the eagle-eyed team over at Blenny Watcher.

May 15, 2017
Site Sponsors
Reef Builders is Supported by: