The Hermit Crab Habitat May Be My Favorite Display In Tela

The demonstration aquarium at the Tela Marine Research Center does a nice job of recreating a variety of aquatic habitats, but the hermit crab habitat might just be my favorite. We can all agree that aquariums can inspire curiosity of the ocean, and this humble little aquarium is no different.

The main role of the Aquarium is to promote marine awareness to hotel guests and members of the local community, and the aquarium is free for anyone who wants to visit. What is also quite unique about the aquarium in Tela is that it the only public aquarium in the country of Honduras. 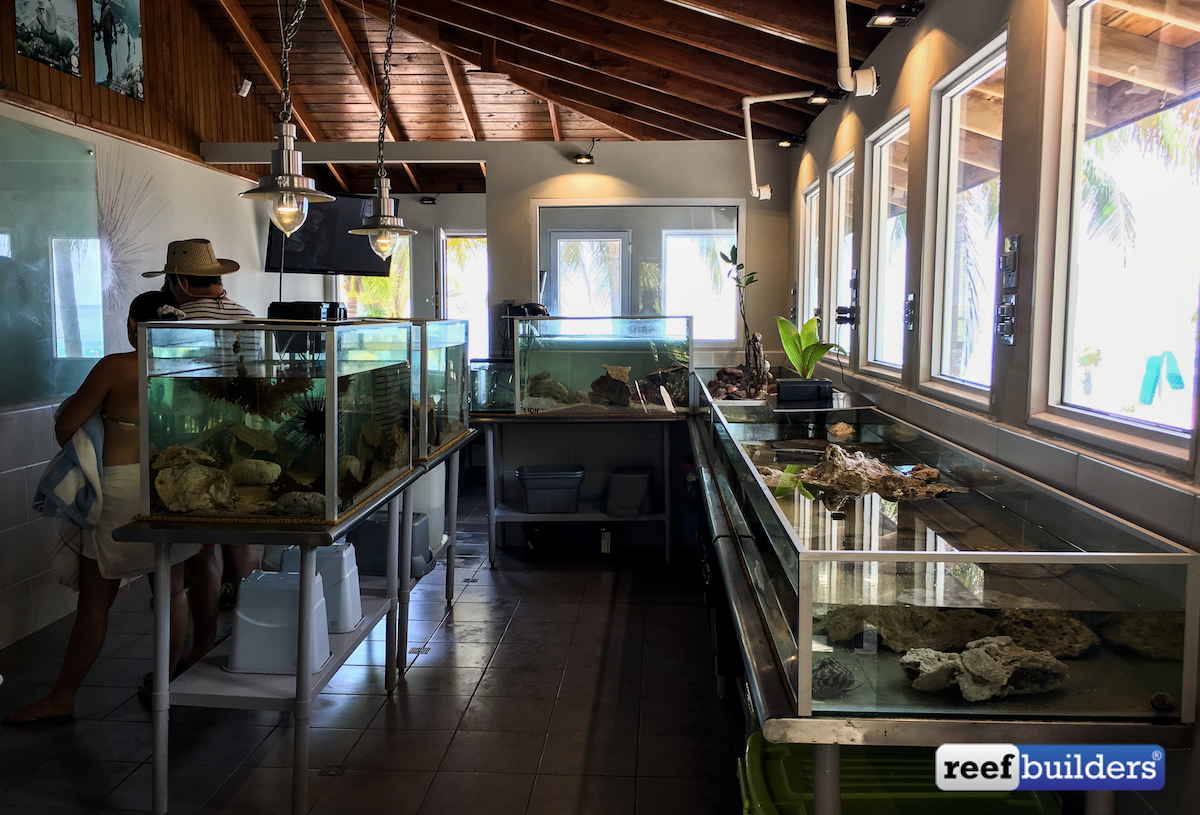 The public aquarium has only recently been set up at the team at Tela were excited about a Reef Builders visit. They are keen to advance their husbands knowledge, and we already started compiling a wish list of equipment for this important educational project. Would you like to donate something?

At the moment the aquarium has a bare bones setup having only a hang on the back filter on each tank. There is little artificial light and the room is surrounded by large windows with natural light flooding in the room. Without much filtration, they have stuck to a rigorous 50% fresh seawater change several times a week. 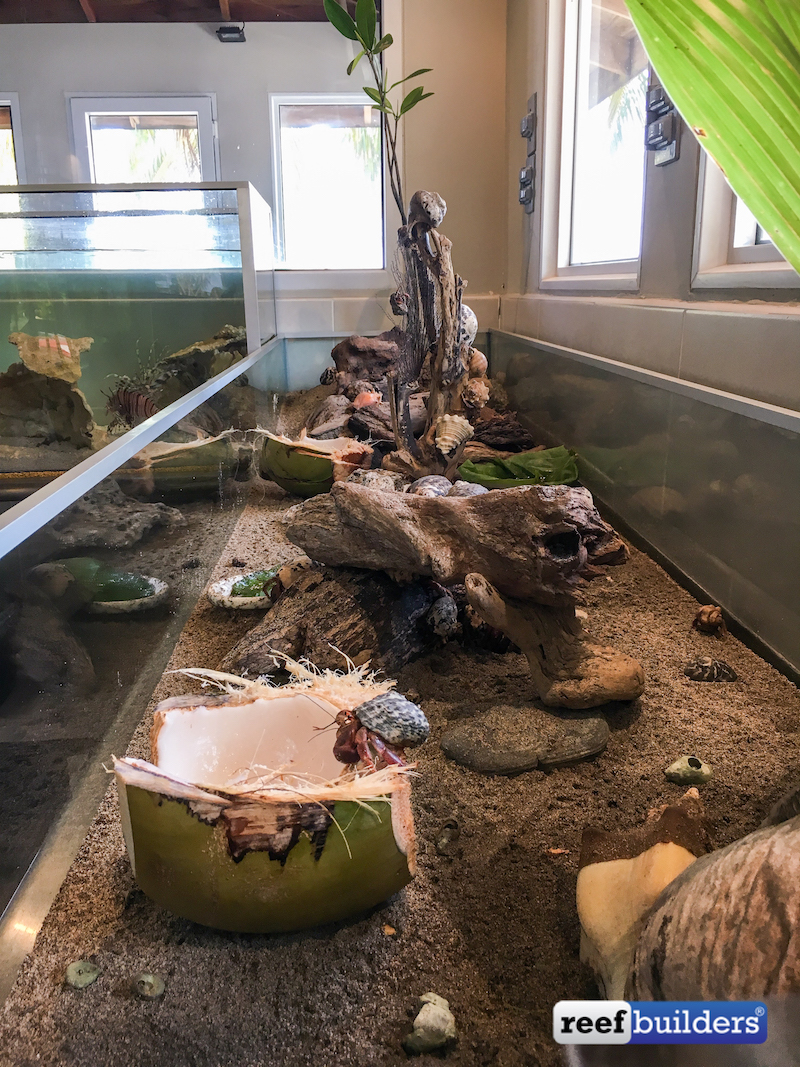 The room has five custom built tanks, three which are around 65 gallons and filled with seawater, the other two are shallow frag tank style displays around 6 feet long and 12 inches deep.

One of these is filled with short spinned urchins and brittle stars and leads into the hermit crab display. The hermit crab tank is quite simple with wood, sand, and shells collected from the beach with a mangrove and baby coconut tree planted at each end.

What’s really cool about this tank is the two dozen sizable hermit crabs which would be difficult to come by at a local fish store.

Watching the hermit crabs meander through the sands, tucked up under logs, or just enjoying a coconut salad is oddly relaxing. We even found them crawling up old gorgonian fans and had no idea they were so agile.

Hermit crabs can grow to be quite old and have been recorded to live over 40 years in captivity. And while not a true saltwater aquarium we thought some people would enjoy this unique sandy tropical display.

If you would like to support the Tela Aquarium by donating equipment let me know in the comments below or send me an email. 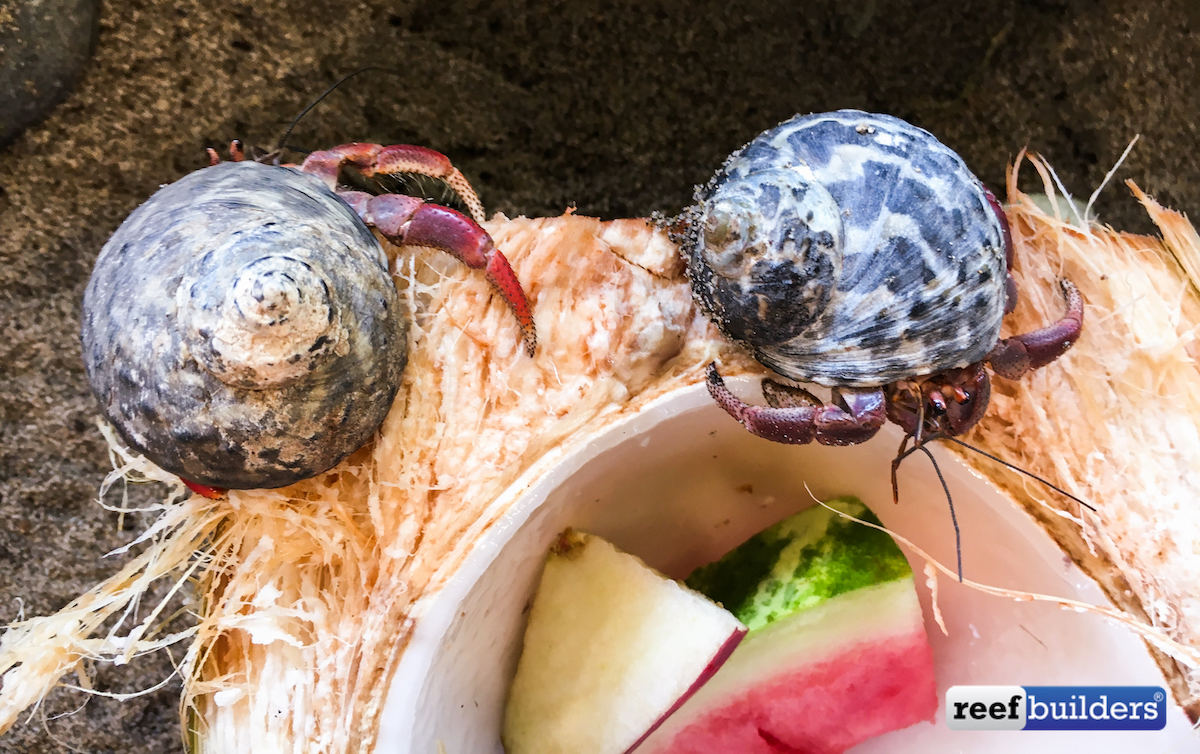 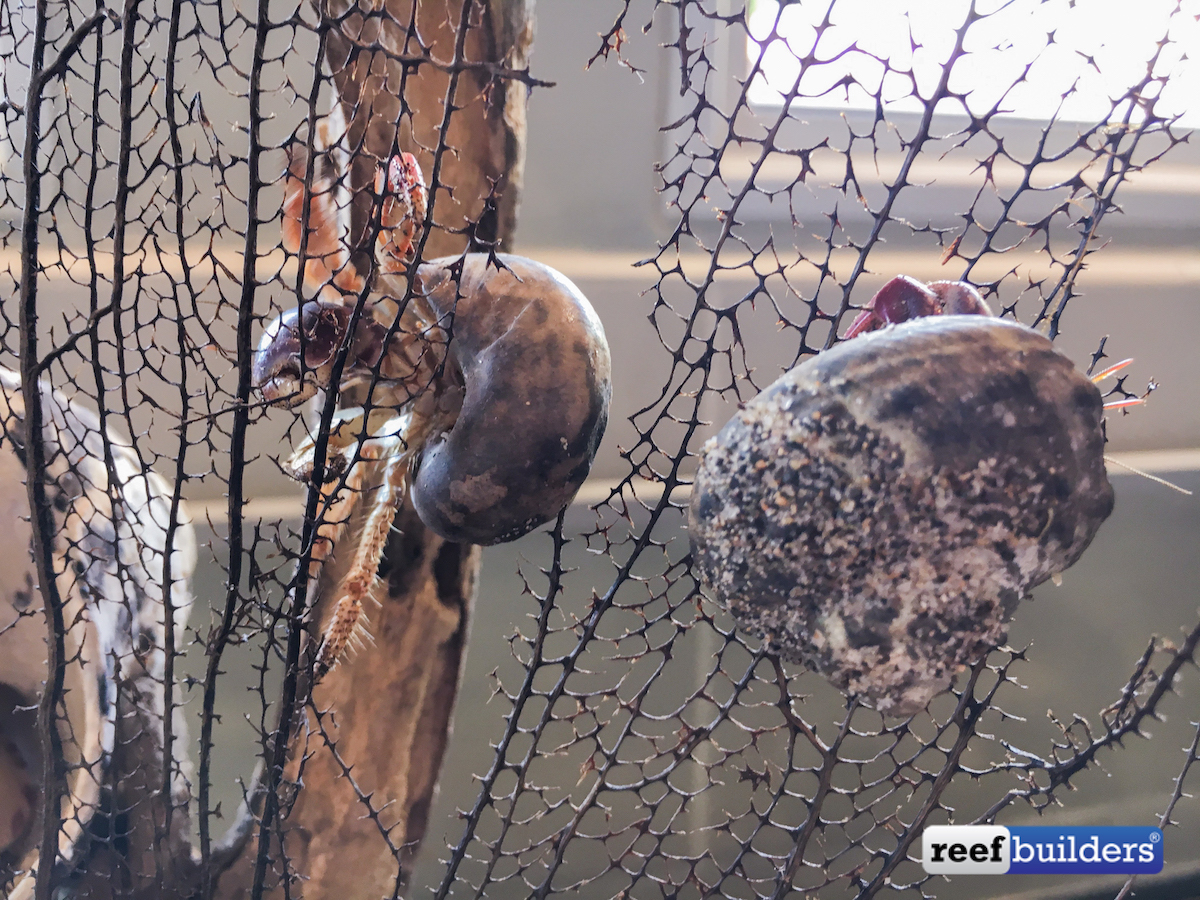 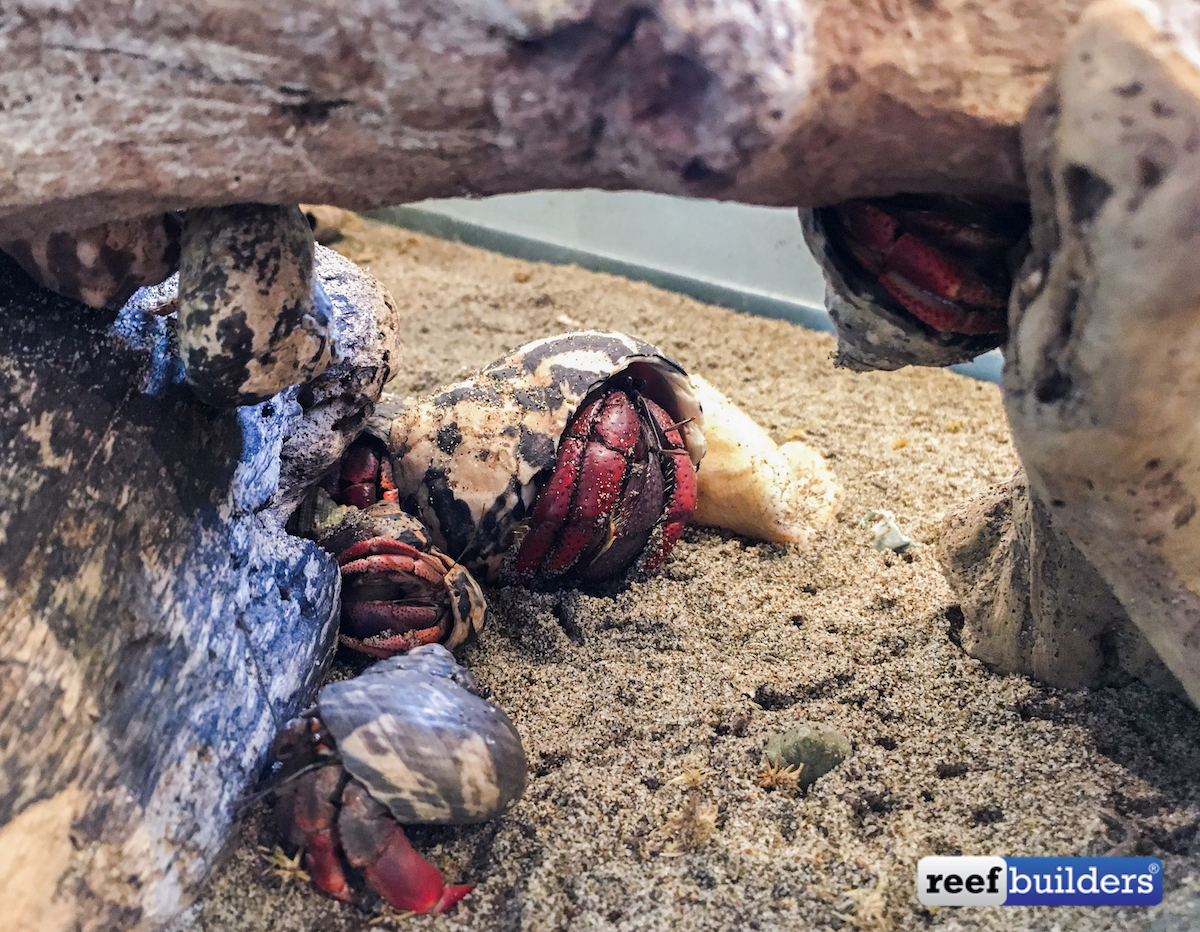 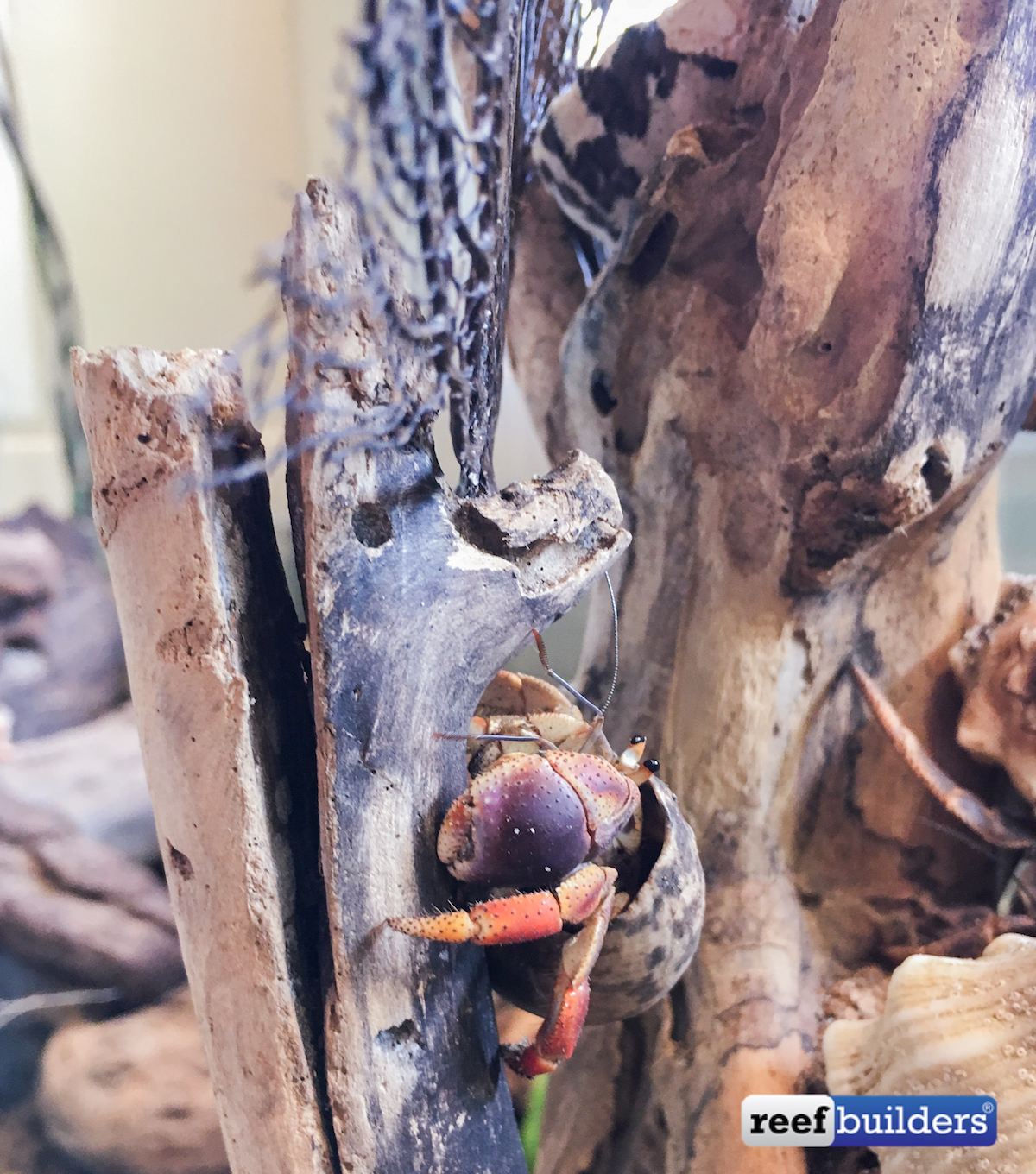