The Future of Aquarium Lighting Is Probably In MicroLEDs

It’s been one helluva ride watching lighting technology progress through the lens of the aquarium hobby. For me at least, first it was NO, T8 and VHO fluorescent tubes, then it was discerning the difference between regular and pulse start metal halides, and then it was a domination by T5 lighting, overdriving, and the best reflectors.

But by far the biggest lighting revolution in the aquarium world has been the exponential explosion of LEDs, with ever increasing efficiencies, a whole rainbow of color spectrum, and the kind of granular control that we could only have dreamed of. Having seen the progress of Light Emitting Diodes from dime sized packages to tiny blinding grains of rice, I’ve been looking at the landscape and trying to imagine where it will go next, and think there’s a logical progression towards the lights becoming almost invisible.

Of course the light they put out will be very bright, but LEDs will get so small that we won’t think of them as discrete little light machines, but a panel of tiny diodes all working together. I’m talking of course about MicroLEDs, which we can already see begin to creep into our everyday lives and newer technology.

The ‘typical’ LED is a high output package, usually somewhere between 1 and 5 watts, or more when they are combined into a multichip package. These LEDs usually have a primary lens, maybe even a secondary lens or reflector, and this is the main lighting workhorses found in our our favorite LED light fixtures.

But already we’re seeing plenty of lights combine more numerous but lower brightness diodes which we used to call low output. The diodes are usually in the neighborhood of 0.25 watts and grouped in large numbers to create a veritable field of light; we first saw this trend in the Sicce LED, it’s become commonplace in striplights like the Current USA Orbit lights, and a more advanced combination would be something like the LupyLED.

I mentioned that we ‘used to’ call these low output LEDs but they now need to be reclassed as mid-power because there’s a new generation of MicroLEDs which are even lower power, much cheaper, but so abundant that they will most likely take over in the future.

MicroLEDs are super exciting because they are so small that a grouping of them are indistinct to the naked eye, making them the perfect unit for use in the next generation of MicroLED displays. These are not you’r grandma’s indicator LEDs; they are as bright as those but much smaller, and also cheaper to make.

One reason I’m pretty sure MicroLEDs will take over is that they already account for 50% of global LED production for use in a wide range of devices. The economies of scale means that you will be able to get the same light from a legion of these MicroLEDs as from just a few focused high output LEDs, but at some point it will be cheaper to use MicroLEDs. The future that LupyLED has already engineered using medium output diodes in the ONE LED, and ‘Painting With Light’, will one day, many years from now, be standard from MicroLED displays, and also lighting panels. 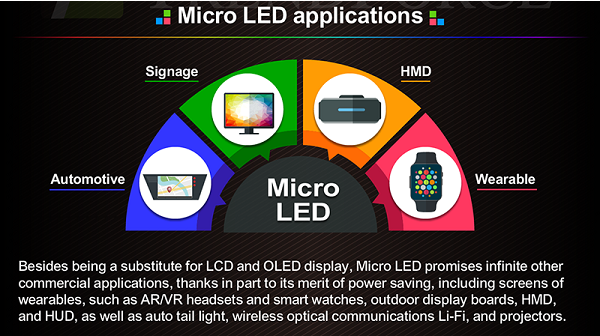 Modern electronics will likely pave the way for MicroLEDs for use in the next wave of smartwatches, fitness monitors, and especially smartphones. Major players like Sony, Samsung & Apple are investing heavily in MicroLED display technology and it will only be a matter of time until brightness and efficiencies make these tiny light engines the heart of lighting technology as well.

It’s truly an exciting time to be a reef aquarium techie and I for one can’t wait to see what’s in store for our lighting future and how our corals, fish and plants will look under the next generation of MicroLED lighting sources.

First Look At The New Trailer For The Chasing Coral Movie