Size is one of the more obvious differences between the fully grown corals. But for smaller specimens, there are a few other characteristics which will help you positively identify each one.
Scolymia cubensis has a smooth fleshy mantle and a mouth in the center of the coral. At first glance, you might even think this is a soft coral because of the round puffy ring surrounding the oral disk. But rest assured this is a species of stony coral and underneath the fleshy polyp is a hard calcium carbonate skeleton. 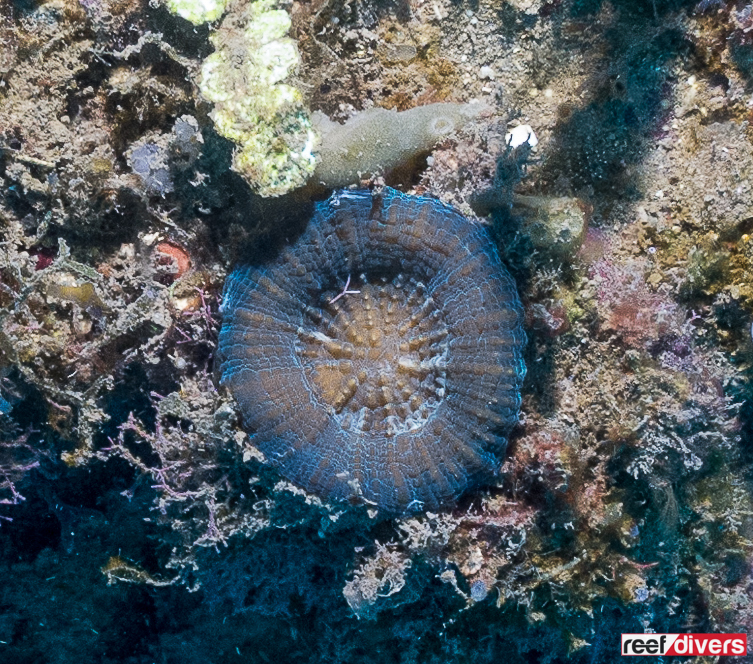 The common name for this coral is the Artichoke Coral or the Solitary Disk Coral. Scolymia corals do not form a multi-polyp colony like most corals, (example Orbicella or Porites). Instead, Scolymia is an oversized polyp that lives a solitary life.
As the Scolymia polyp grows is deposited a calcium carbonate skeleton which can build up into a short stalk. The bottom of the stalk is most often cemented to a rock below. If the coral becomes detached and rolls over onto the fleshy side it will suffocate and die.
Below the polyp is a cup of sharp skeletal teeth. If you look at the live coral you can also see the same bumpy pattern below the tissue. The center of the coral can have little lobes that make it look like an Artichoke heart which is where it gets the name.

At night or when scolymia corals are eating a ring of tentacles will emerge around the oral disk. At night the coral’s tentacles will come out and try to catch plankton in the current. The scolymia can even bigger meaty food like small fish, shrimps, and zooplankton if it’s lucky enough to catch one.The reason we love
The reason we love Scolymia corals so much is they can be found is an endless combination of colors, stripes, and splotches. We call this coral our diamond in the rough and always have an eye out for this species. Although the colors of S. cubensis are not as bright or vibrant as the larger S. lacera.

Depending on where you are diving in the Caribbean Scolymia can be quite abundant or extremely rare. After nine dives in the Cayman Islands, I found only one single Scolymia. However diving in Roatan I saw one or more nearly every dive.
Scolymia and other fleshy corals often prefer slightly darker, dirtier water. And you are more likely to find a scolymia on a wall, under a ledge, in the shade, or in a murky habitat. We’ve had good luck finding them between 15-25 meters. 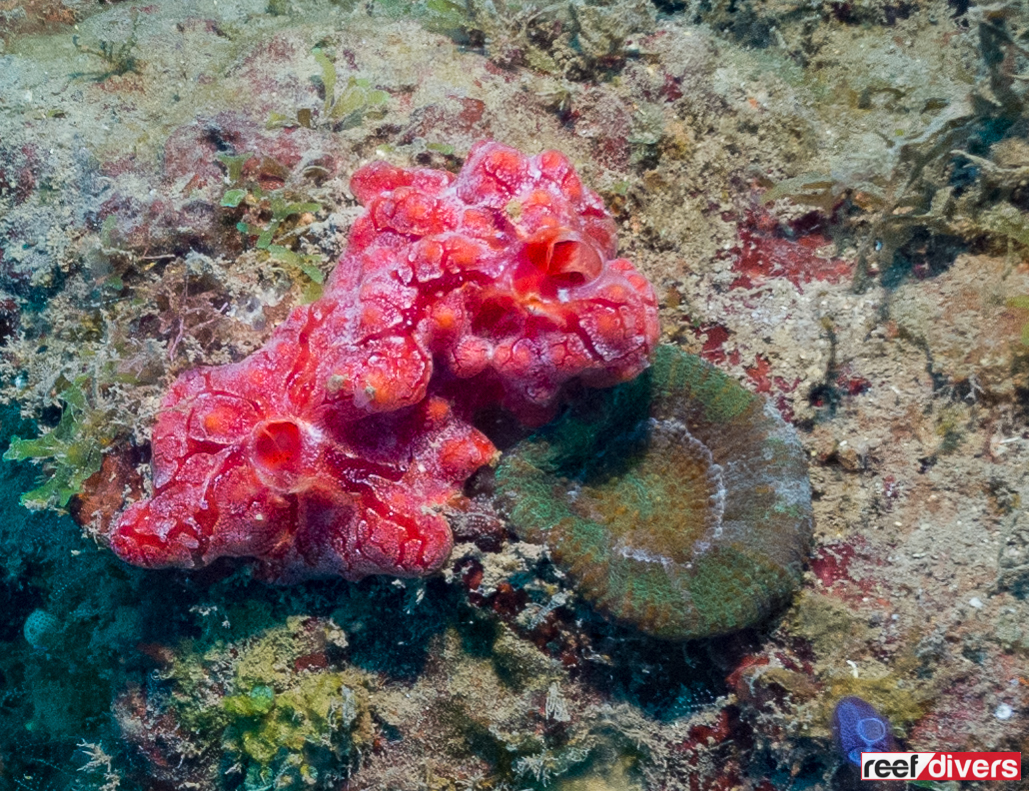 Eheim LEDControl Shows How Out Of Touch This Company Has Become