A couple weeks ago a sensational polyp of mushroom anemone came to light and it caused quite a stir. Supposed value aside, the first crop of images were incredibly tantalizing, and almost too close to get a good feel for the overall look and pattern of the ‘Purple Monster Jawbreaker’. 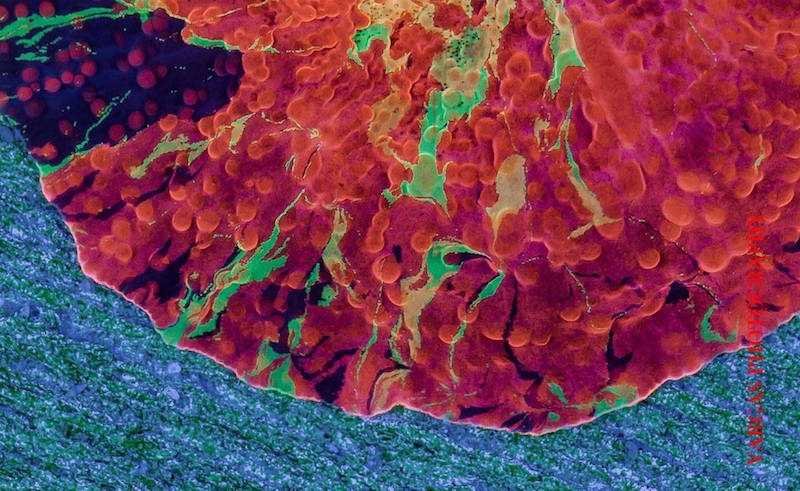 The incredible jawbreaker style Discosoma was received on a piece of regular, gnarly reef rock, but current owner Dat Nguyen took the time to remove it and place it on a flat frag disc. This has allowed the shroom to open up fully, so that Michael Vargas could produce an updated rounds of photos of this incredible polyp.

Now that we can see the Purple Monster Jawbreaker in its full glory there’s no doubt that this is going to be one of the most upscale strains of mushroom anemone for many years to come. If you recall the previous photos, the incredible colors drew calls of oversaturation by some readers, and so it seems that in this set of photos they’ve undersaturated the images. 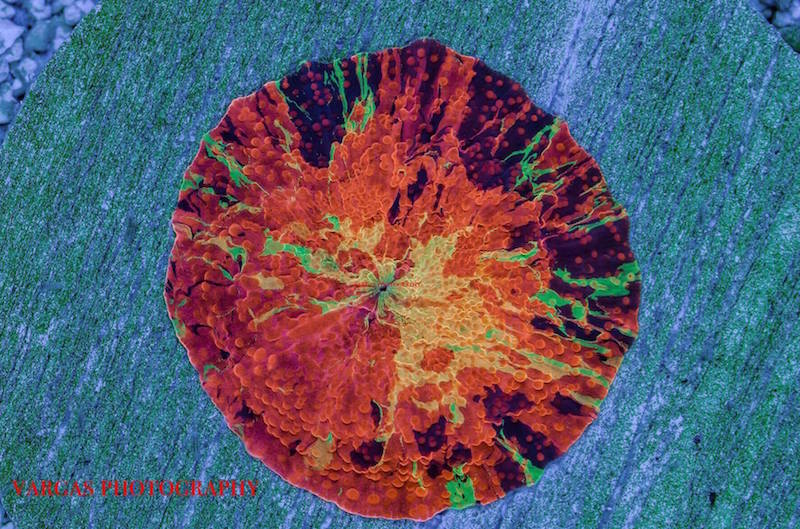 Coloration aside, the pattern of this single shroom opens the door for an entire new category of wild and crazy shrooms to be on the lookout for. Now that this single ‘foundation’ polyp of the PM Jawbreaker is on a nice flat substrate, it’ll be able to fully open up, allowing it to capture more light and to making it easier to feed.

It’ll still be a long time until this mother polyp can generate some daughter polyps and establish a broodstock population of this awesome strain. In the meantime we’ll have to be content vicariously enjoying Dat’s inspiring shroom polyp through Mike’s photos, and hope that more shrooms like these are found in the future. [Purple Monster Jawbreaker] 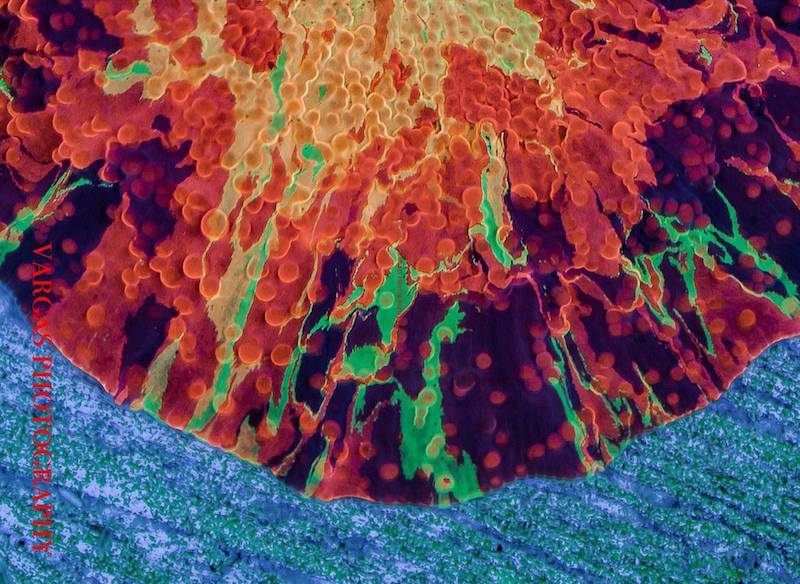 After Going To MACNA 10 Years In A Row, This Is Why I Still Love This Show