As the reef aquarium hobby has become gripped by the current craze for mushroom anemones or corallimorphs, we’ve seen all different types of these polyps become exalted and highly sought after. Better known as ‘Shrooms’, the Discosoma and Rhodactis have been appearing some incredible shapes, colors and patterns, but there’s one group which is just now sliding onto the main stage, and these are the Ricordea.

In North America, the Caribbean Ricordea florida have generally been available in great colors, decent numbers, and respectable abundance for years. But if you want truly showstopping ‘Rics’ then we need to turn to the Pacific Ocean for the large and showy Ricordea yuma.

One coral the Aussies reefers really turned me into is #Ricordea, especially the Yuma species which is large, fleshy and comes in a ton of different colors. #corallimorph #shroom #mushroomanemone #reefbuilders #worldwidecorals #galleryaquatica #polyp #reeftank

On a recent tour of the Ozzie reef scene I was stunned to see how highly regarded Yumas are in the Australian aquarium hobby. Since they don’t have access to Caribbean Ricordea, and limited access to the crazy Bounces, Jawbreakers, Discomosa and Rhodactis, Ricordea yuma has taken center stage and this has led to some truly beautiful specimens of Rics on display.

It seemed like every nice display reef tank had at least one large Yuma, often three to four inches across, and I even spotted a couple specimens that were pushing five and size inches across! The colors these Rics can display is a veritable rainbow with all kinds of patterns, and there’s no subtle difference between pink, orange and even red specimens.

I definitely returned from my trip to the reef scene down under with a serious bug for nice strains of Ricordea yuma  and was fortunate to pick up some killer specimens at this year’s reef aquarium shows. While everyone is busy fighting (and paying big money) for the Rhodactis, Bounces and Jawbreakers, do keep an eye out for the showy Rics that are coming in – you might be able to score some showstopping specimens before the rest of the hobby gets wise to how beautiful the recent imports of these have become.

I would like to personally think the staff of Gallery Aquatica, Eastwood Aquariums and Cairns Marine for showing me some Rics I’ll never forget, you guys rock! 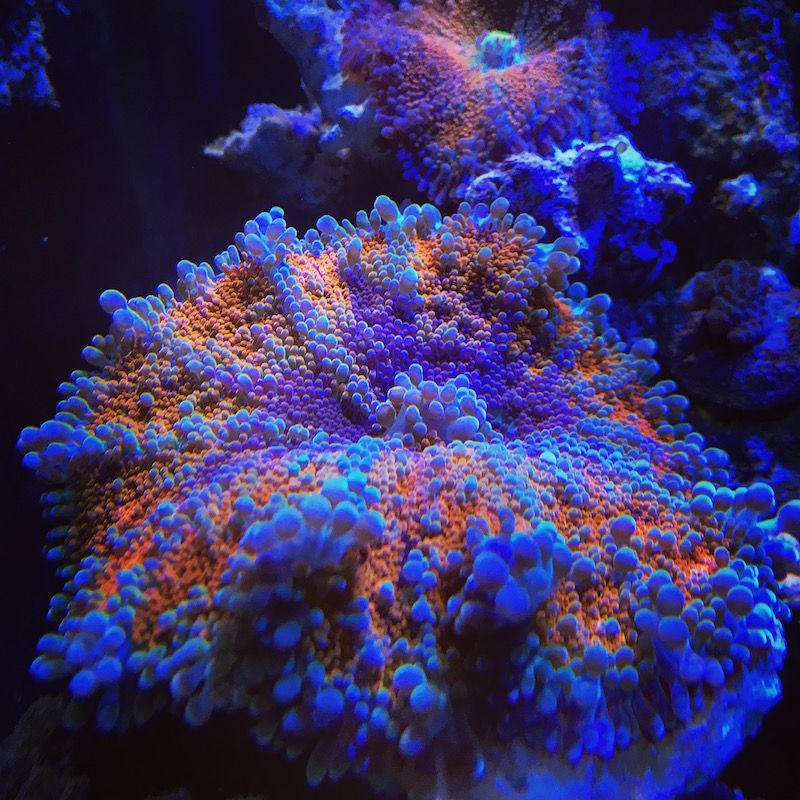 These Brave Divers Saturate Their Bodies For The Toughest Dives