Blue Skeleton Majestic Angelfish Is Unlike Anything We’ve Ever Seen!

Every now and then a very special reef fish that we’ll never forget pops up on our rare fish radar, and the ‘Blue Skeleton’ Majestic Angelfish is such an example. This sensational specimen of Pomacanthus navarchus made its way to East Marine Aquarium HK and was dutifully by the one and only Jimmy Ma. 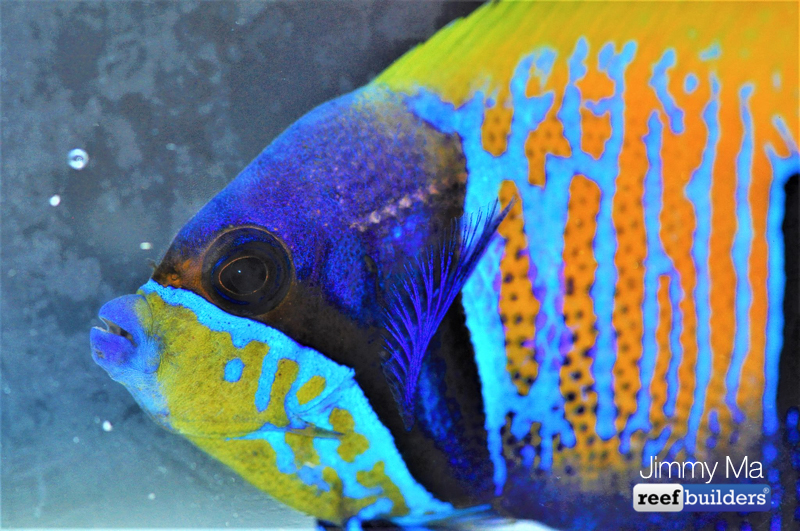 The Blue Skeleton is part of a very small pool of aberrant majestic angelfish that we’ve ever seen in the hobby and we couldn’t ask more of its wildly aberrant color and pattern. It’s still small but this species develops adult coloration at a very early age, but this particular guy seems to have developed his blue girdle and yellow body coloration, but he forgot to lose his juvenile coloration! 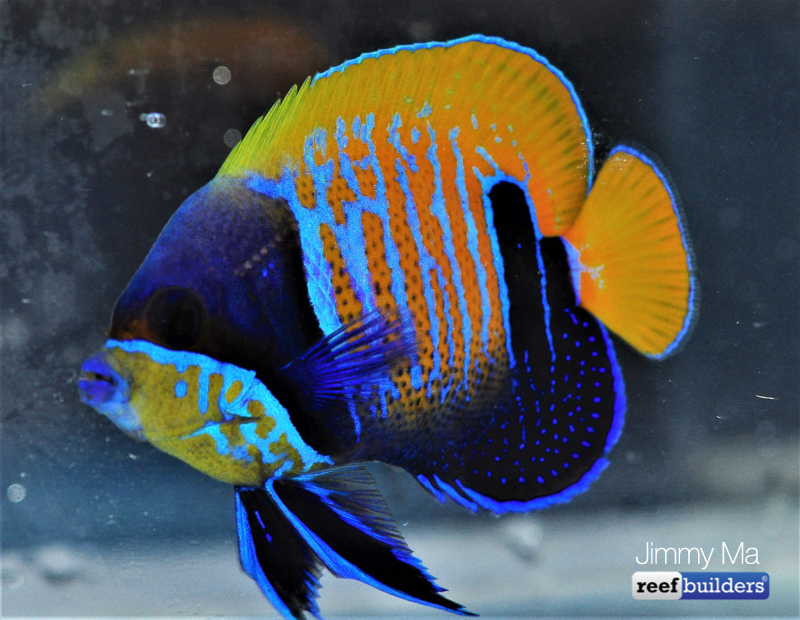 The resulting fish is a simply unbelievably colord navy blue and orange fish with rippling blue bars across the body and face. The irregular blue stripes on the cheek, chest and sides kind of look like ribs or bones, hence the fun nickname of Blue Skeleton Majestic Angelfish.

Since the Blue Skeleton is already between three and four inches long, it should have shed its juvenile coloration a long time ago, but in this specimen they’re even wider and bolder than any juvenile P. navarchus we’ve ever seen. We sincerely hope that this is a feature that this fish won’t grow out of, and since it shows no signs of fading yet there’s no reason not to think he’ll just grow bigger and bolder with his very special attire. 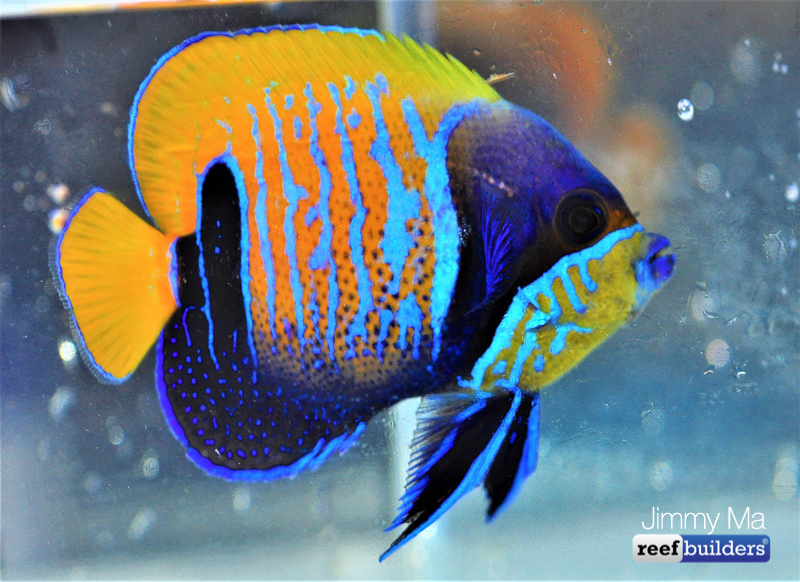 This is precisely the kind of color and pattern that we secretly hope is an inheritable trait, as this would be an amazing strain of Majestic Angelfish to breed in the aquarium hobby. It’s been more than two years since Bali Aquarich started breeding majestic angelfish so we can only hope and cross our fingers that this mutation appears in some of his fish in the future.

Just when you think you’ve seen it all, a truly jaw dropping new aberration like the Blue Skeleton Majestic Angelfish comes out of left field to blow our collective minds. Big thanks to Mr. Jimmy Ma for his work to diligently photograph this fish right upon its arrival at East Marine Aquarium HK and we look forward to updates on this unbelievable specimen in the future.

This Eastern Indonesian Reef Is Dominated By Shrooms