A beautiful and wild Zebrasoma

Hawaii has become somewhat known for producing outstanding aberrantly marked Zebrasoma tangs on occasion, and ‘Cheddar’ here is no exception. Two other very notable white tangs ‘Casper’ and ‘Powder’, both had originally grown up in the Aloha State prior to their aquarium fame.

This particular fish is a wild specimen in Hawaii and resides within a Marine Protected Area (MPA), it is illegal to collect fish within these “replenishment” zones. The first time we photographed this fish was back in March of 2015. This fish and the school of yellow tangs (Zebrasoma flavescens) it is part of are almost always within 20 yards of the original spot where we photographed them. 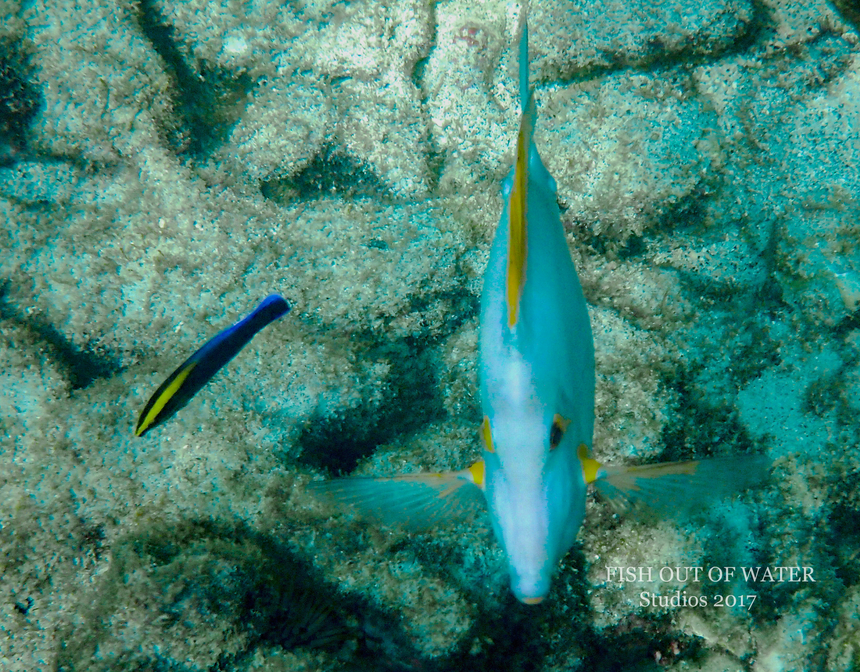 The nearly symmetrical pattern of the bright yellow color in each fin contrasting against the stark white body and tail is pretty insane. Top it all off with a pair of vivid yellow eyes and it really gives ‘Cheddar’ a sunny, upbeat appearance.

Aberrant color patterns like these are unique to each fish, and these color patterns can change over time. While this coloration is abnormal and rare, it is not considered an albino as the eyes would be red. 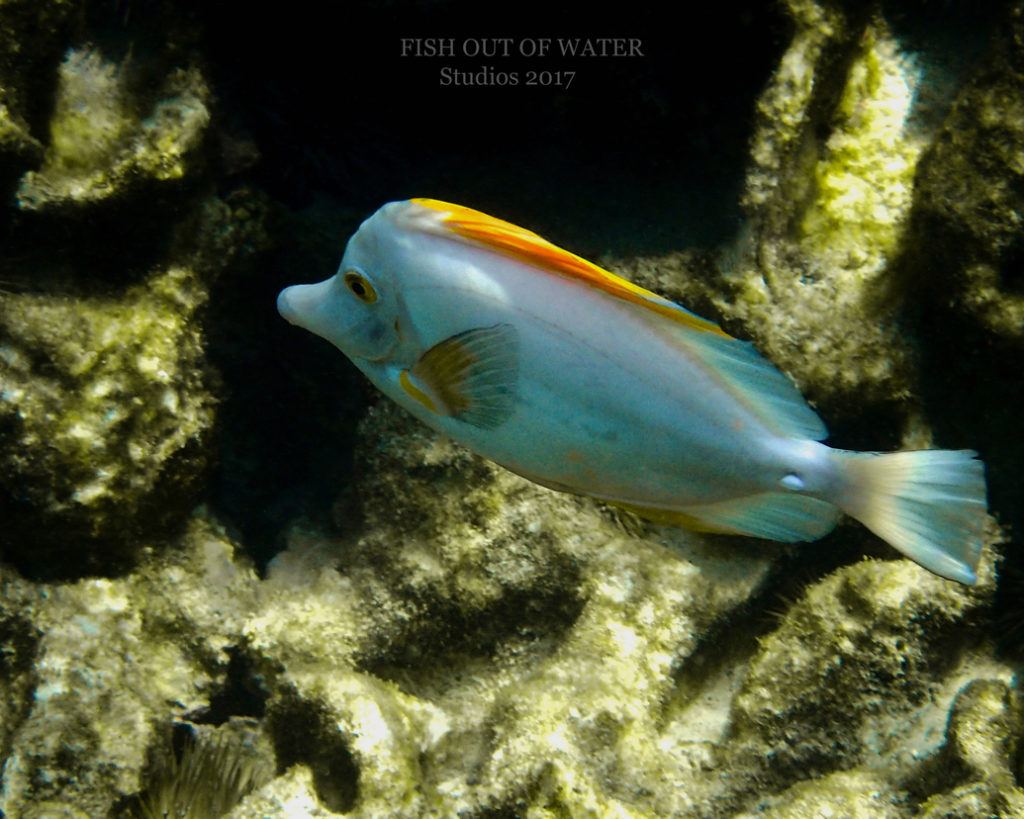 The prices that these types of fish demand when they make it to the retail market is ridiculous, yet well-deserved for these pretty, little, infrequent mutants. We appreciate that this one aberrant tang can do so well out in the wild, and hopefully, it can spread its genes to future wild populations.

While photographing ‘Cheddar’ we noted no aggression from the other yellow tangs in the area. We did notice that smaller sized lavender tangs (Acanthurus nigrofuscus) would intermittently harass only the white tang, before inevitably being chased away by it. 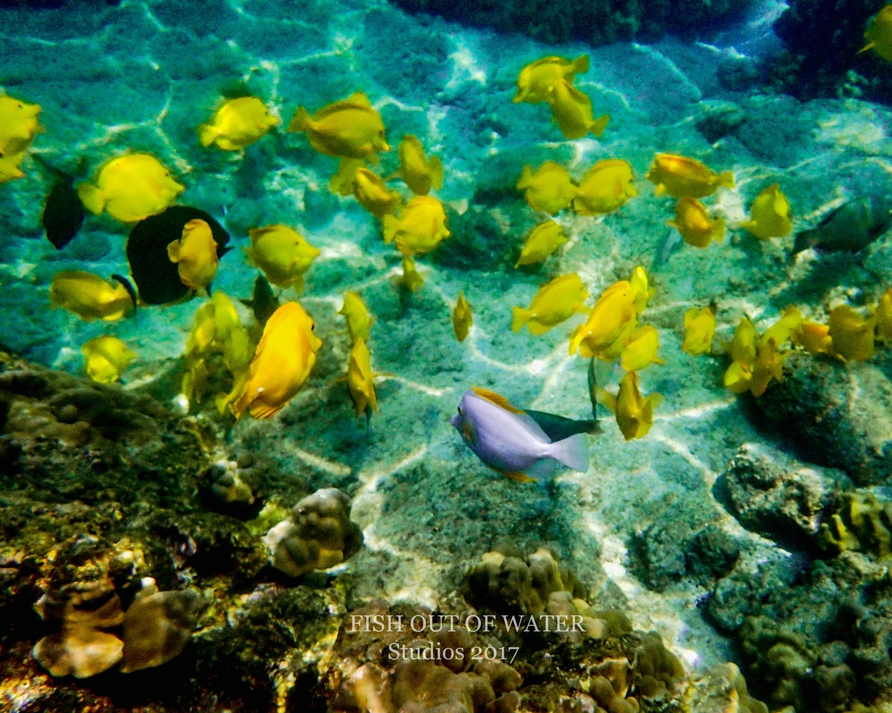 Yellow tangs are one of the most common fish seen in Hawaiian waters, usually found in large schools grazing the reefs for algae. So common, that one might accidentally overlook a sole amazing specimen like our buddy ‘Cheddar’ quite easily.

You got to love the ocean and its unbridled enthusiasm for the irregular. Despite all the turbulence in the oceans’ vast waters, every once in a while, it still produces a crazy gem.