ATLEDTiS is a company that has presented the aquarium hobby with some unique lights before, but their new Pro I fixtures is a real standout unit. Of course its solid metal slab construction is a real eye catcher but there’s a plethora of unique and interesting features waiting to be discovered under the hood.

First off, it’s important to note that the spectrum of the ATLEDTiS Pro I is delivered by RGB-W diodes in such a combination to recreate a great spectrum for live freshwater plants. However, if ATLEDTiS tweaked the proportions of diodes the Pro I could be an incredibly useful reef aquarium light.

Furthermore the LEDs have a secondary splash guard and diffuser which creates a soft glow of light from the Pro I, as well as further assists with color mixing. Beyond the spectrum, the Pro I uses a very interesting magnetic power port, a-la magsafe of Apple Macbooks, and there’s one on both sides so you can place the power cord in the ideal way to preserve clean lines of the light assembly. 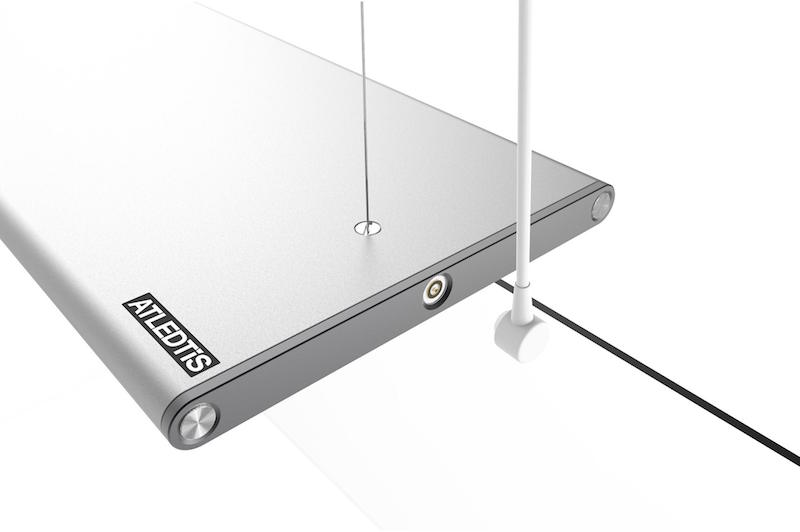 Also, it’s super great to have wireless control of our high performance LED reef aquarium lights but there’s something to be said for simpler dedicated remote controls. As long as you don’t lose it, the remote included with the ATLEDTiS Pro I is a more practical way to quickly access the control and programming features of this light fixture.

While this light is intended for the live planted tanks and freshwater aquariums, it’s not lost on us that this is a simply gorgeous reef light, perhaps encroaching on LupyLED territory, although certainly not made to the same exacting German specifications. Nevertheless, ATLEDTiS has created something very beautiful with the Pro I, and we can only hope that we see a saltwater and reef version, perhaps a Pro II, sooner rather than later. [ATLEDTiS]

DIY Spotlight: This DIY bristleworm trap is simple and effective