Corals Spawn More Than You Think! Video Of Coral Spawning In Bonaire

It’s that time of year again when corals around the Caribbean synchronize for one night of release. But did you know coral aren’t restricted to a single night of spawning each year?
It is widely believed that coral spawning occurs on one magical evening, triggered by a late summer full moon. While this remains true, some corals spawn following an August full moon, while others hold on until September, even October.
These synchronized annual events ensure genetic mixing. But imagine if all 60+ species of Caribbean Coral spawned on the same night? We might end up with some pretty interesting hybrids, however, the chance for eggs and sperm from one species to meet would be greatly reduced.
These two videos from the Coral Restoration Foundation Bonaire highlight the occurrence of spawning variability. On August 20, 2017, CRF Bonaire posted this video of a spawning Elkhorn coral (Acropora palmata). The spawning event occurred following the August 7th full moon.

Corals are broadcast spawners meaning they simultaneously release bundles of both egg and sperm into the water column. The sperm and eggs from difference parent corals (of the same species) meet in the water column mixing together to form a fertilized gamete.
These fertilized gametes then become a tiny planula larvae which swim above the reef looking for a suitable habitat to settle. Once the larvae find a suitable landing spot they metamorphose into a tiny coral polyp.
However, if sperm and eggs from different species cross paths, hybrid species can develop.
There are three species of Acropora in the Caribbean and one is a result of this genetic mix-up. When a reef is particularly plentiful, larvae from Staghorn coral (A. cervicornis) and Elkhorn coral (A. palmata) can mix to form the third hybrid species of coral known as Fused staghorn (A. prolifera).

See also  How To Glue Corals in Your Reef Tank [Video]
For the most part, hybrid species are sterile. However, these hybrid corals can still reproduce asexually and may be edging out their parent corals. There is evidence that egg and sperm from hybrid corals can mix with parent colonies but unfortunately, these hybrid species produce less viable offspring than two viable parents.
In the videos from Bonaire, we start to understand why coral species give each other a wide berth when it comes to spawning seasons. But that’s not to say individuals from each species don’t spawn early or later each year, and it’s not uncommon for both species to spawn on a single evening.
Elkhorn and Staghorn corals are often separated by depth and habitat type reducing the amount of mixing. And the variation in spawning time helps to further reduce hybridization.

Prediciting coral spawning is stil a new science and we’re now only beginning to tease apart spawning seasons for Caribbean species. At best we can estimate spawning trends of abundant Caribbean corals based on last years spawning records.
Although difficult to predict the CARMABI research station in Caraçao has created an estimated guide to coral spawning in the southern Caribbean, and it’s interesting to visualize coral spawning over a three month period.
Synchronized coral spawning remains one of natures greatest event. But when you think about it, it all makes perfect sense that one night a year isn’t an all out coral orgy. Instead, each species has a unique window when they are most likely to encounter conspecific spawn. 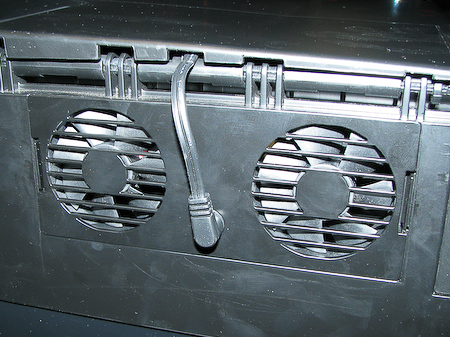 Adorable Video Perfectly Illustrates The Life Of A Coral

Unboxing Frags Rescued From The Path Of Hurricane Irma