Over the last five years or so the Radion LED lights from Ecotech Marine have proven themselves to be a great foundation of lighting for all sorts of aquariums, both fresh and salt, and even some terrariums. The multicolor spectrum, color control and programmability of the Radions are all great intrinsic features of the Radion but it appears that Ecotech Marine is working on a very interesting new kind of accessory.

The Radion light diffuser is an interesting add-on for the Radion XR15 and XR30 LED lights which will transform the way the light from this fixture hits your reef tank. This diffuser consists of two parts, a white replacement for the current ‘faceplate’ which covers the internal components, and a light diffuser spaced about one centimeter from the faceplate. 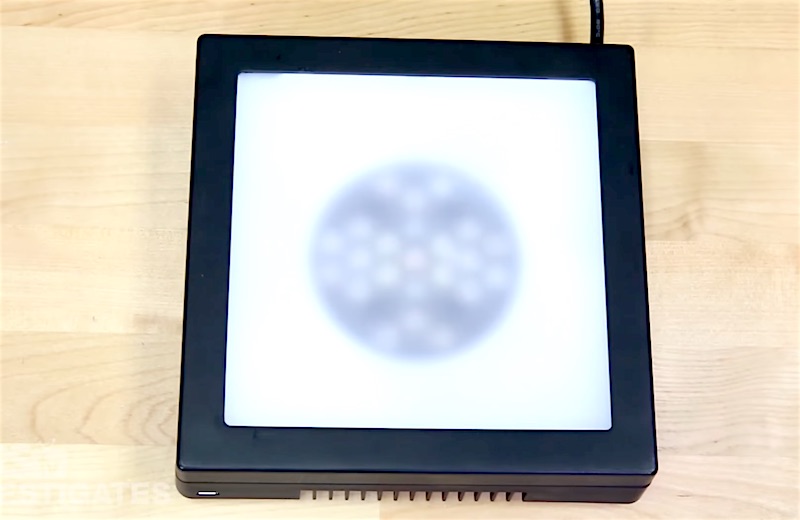 With the new Hemispherical Edge Illumination (HEI) LED lenses the 4th generation Radions deliver a much broader and uniform light spread, but the new diffuser takes the idea one step further. The diffuser surface helps to spread out the light coming from the HEI lenses even more, while the white faceplate helps to reflect even more light down into the tank.

The biggest advantage to using the Radion LED diffuser is to spread out the light even more, soften hard shadows, increase color mixing, and especially to decrease the ‘disco-ball’ effect that occurs in some unevenly lit areas of the aquarium. Naturally there is a trade off in terms of overall PAR, which BRS determined to be around a 20% reduction but since most of us don’t run our lights at full intensity, this shouldn’t be too much of a problem.

Contrary to what you might think, this could actually be a benefit to light hungry SPS corals because by using such a diffuser you might reduce the peak PAR hitting your corals, but it could increase the total light reaching the inner parts of the three dimensional coral colony. The Radion diffuser is expected to be a very reasonably priced accessory when it is released later this year and for a full rundown of its first tester, definitely check out the informative BRS Investigates video below.

Taking Target Feeding To The Next Level By 'Walking' Azoox Corals