The Best Pictures Yet Of The Rare Greytail Angelfish

The greytail angelfish, Chaetodontoplus poliourus, is one of the newest species of marine angelfish. It’s also pretty special to us because it was the first ‘new species of angelfish’ we ever got to write about here in Reef Builders.

First described from the Solomon Islands, this fish at first glance looks very similar to the uber common and widespread Singapore angelfish, C. mesoleucus. The main distinction between the two species is a bright yellow tail in the Singapore angel and a cleartail in the Greytail angelfish.

But these photos of a large mature gretyail angelfish from RVS Fishworld reveals a whole lot more subtle features of this species. At this size we can really appreciate the extra yellow color of the dorsal fin and pelvic fins, a much more triangular eyestripe and the fine reticulations across the body that is reminiscent of the scribbled angelfish. 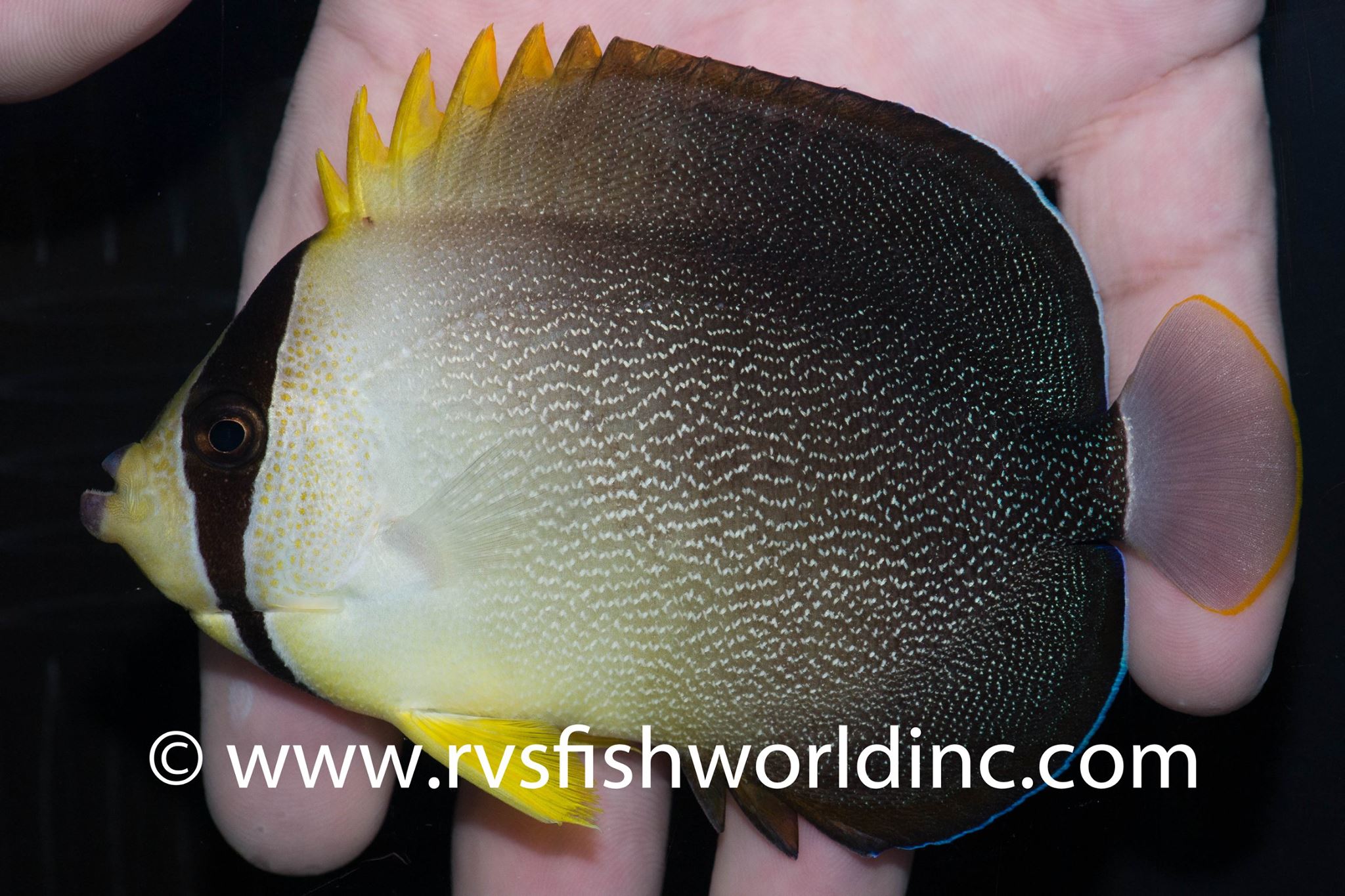 The most striking feature of this fish is a finely spotted yellow pattern around the face which is reminiscent of a large male personifer angelfish, suggesting that this is perhaps a male greytail angel. Despite the similar coloration with the Singapore angelfish, these two species overal in geography quite a bit in Eastern Indonesia but they are usually separated more by habitat than geography.

Singapore angelfish are typical reef fish while the greytail prefers turbid water of inshore habitats, often in the same greenwater where other inshore specialists can be found around mangroves and seagrass beds. While we think these two species look very similar, and they are usually isolated, I actually spotted these two species together on the same reef in Waigeo, Raja Ampat, and boy were they being aggressive.

Here is a rare video of two very closely related species, the Singapore angelfish and they Greytail angelfish, caught fighting pretty violent at an inshore reef in Raja Ampat.

We could have seen this kind of behavior from two males of the same species, but in this video you can see that the greytail and singapore angelfish in this encounter didn’t much care for each other. The Singapore and Greytail angelfish are all but overshadowed by their flashier and more colorful relatives but the real diehard angelfish lovers will appreciate both the studly specimens collected by RVS Fishworld and the video of the two species sighted together in heated combat.