Reef aquarium conferences like ReefStock and Reefapalooza are usually a great place to look for coral frags, but sometimes we get to see some truly stupendous coral colonies too. This past weekend’s event was a great new success for the Reefapalooza franchise in SoCal and one coral that we just couldn’t shake is this fantastic colony of Parascolymia vitiensis.

Long known from Fiji, Tonga and the Solomon Islands as just Scolymia vitiensis, or flat scolies, this species was recently reclassified as the second species in the new genus Parascolymia. Whatever it’s called, we know this coral and have spotted for years in many colors and sizes, but this is one of the most spectacular colonies of P. scolymia we’ve ever seen.

This species is not rare, but normally it would be seen in a single corallite form, sometimes with one or two extra polyps. It would be something special to see one in a juicy shade of orange or green, or maybe one in orange & green, or to see one in true colonial form. So to see a colonial Parascolymia, especially one this large, with both green and orange color is really a sight to behold. 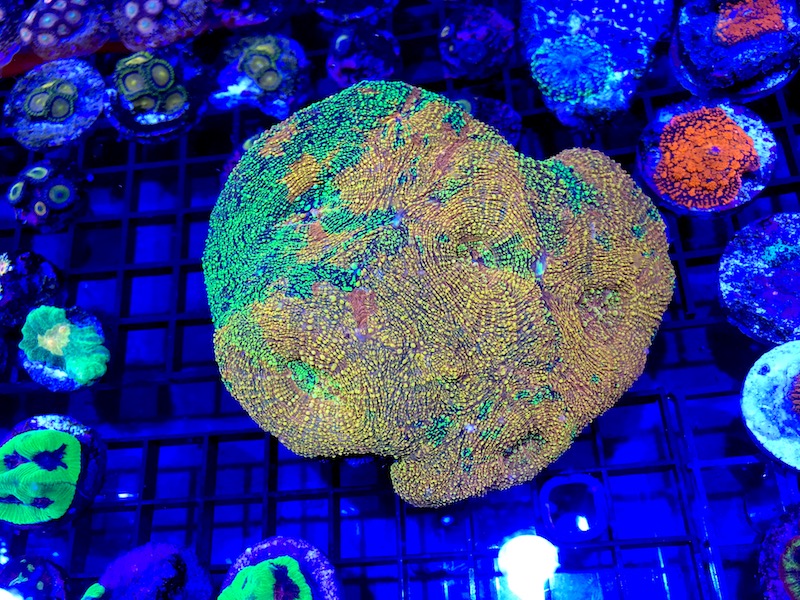 We’ve never even seen any colony of Parascolymia quite this large and it was double-extra special for some additional red streaks of color in some areas. It sure didn’t hurt that this coral wasn’t freshly imported from its country of origin in the Solomon Islands but had been conditioned and acclimated to aquarium life and lighting for at least six months. It might not have a catchy strain name but there’s no question that the true connoisseurs and aficionados of aquarium corals recognized the quality and rarity of this coral. 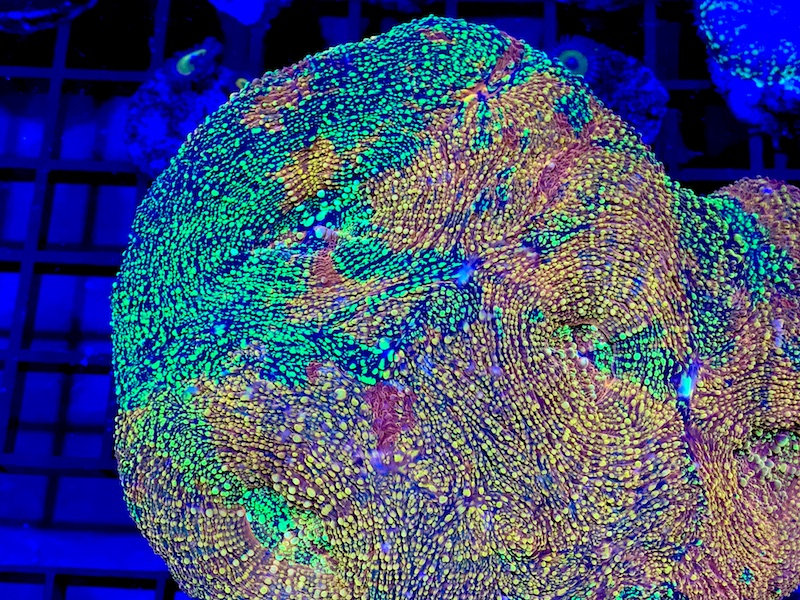