The IceCap 2K is a new, licensed Gyre pump from CoralVue which is going to be a real winner for a number of reasons. This small pump has a small price to match and a new and improved controller with a much larger display interface. 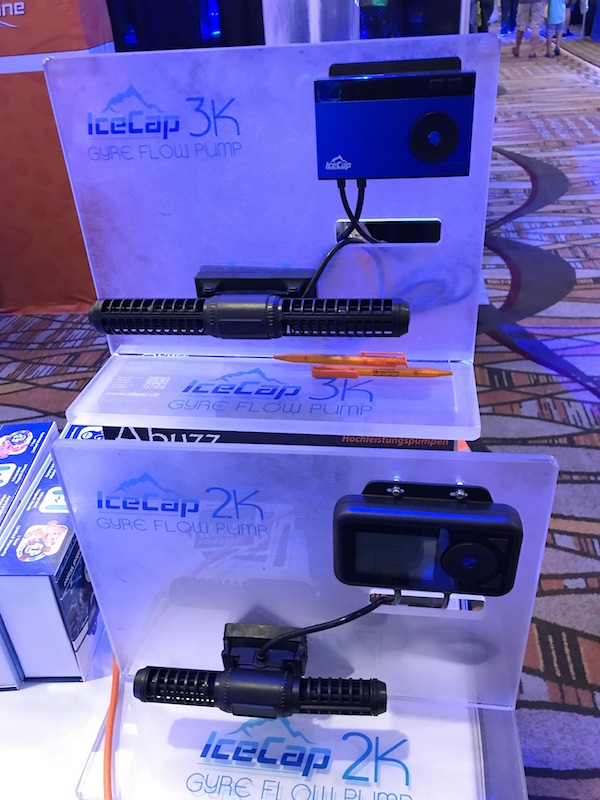 At first we thought it curious that the U.S. distributor for the official Maxspect Gyre pumps would develop their own offshoot gyre pump. But with the development of the Icecap 2K we see the real benefit of some differentiation in the design.

It might be hard to tell from pictures but the Icecap 2K is actually quite small, with a smaller motor, smaller diameter and shorter rotors. Better yet, it’ll be quite easy to remove one of the rotors and create a truly nano gyre pump which is a mere few inches in length.

As the name implies the Icecap 2K will push up to 2,000 gallons per hour at full blast. Like Apples flagship smartphone, it’s hard to get excited about a design we’ve seen for several years now. But to be quite honest what really makes this pump a knockout product will be the minuscule price tag of just under $120! 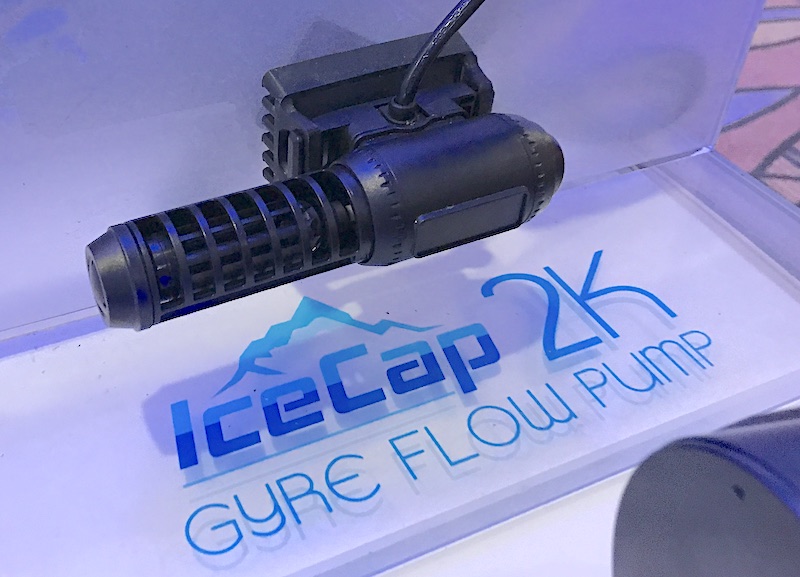 If you’re a fan of the way Gyre pumps move water in an aquarium but have held off getting a Maxspect due to size or price, then the IceCap 2K pump is going to be for you. CoralVue expects to have supply by the end of November so they will probably be well spread out, at least in the U.S., by the end of the year.